Uber has struggled in East Asia. The San Francisco-based ride-hailing giant burned through billions of dollars battling China’s Didi Chuxing before bowing out of the Chinese market in 2016. It never gained a foothold in Japan or Korea, and last year withdrew from eight Southeast Asian countries.

Currently, Uber continues to holds stakes in Didi and Singapore-based Grab, but it operates a major business of its own in just two East Asian markets: Hong Kong and Taiwan.

Once again, however, Uber’s ability to operate in Taiwan is at risk due to strong pressure from the politically influential taxi industry. Article 103-1 of the Transportation Management Regulations was amended in June, overturning provisions in force since 2017 that allowed Uber to offer its ride-hailing services through rental-car companies.

The new rules (the so-called “Uber clause”) – scheduled to be take effect from October 1 following a four-month grace period – require “vehicle rental services” like Uber (but not taxis) to charge by the hour or day. Upon completion of a trip, rental vehicles must return to the garage without picking up another fare.

Uber estimates that complying with the regulations would cause its fare prices to rise fourfold, hitting the company’s bottom line hard. Without a feasible business model, Uber would likely exit Taiwan. That would not be welcome news for the company’s 10,000 drivers, 3 million regular customers, and 250 rental-car company partners.

A chilling effect could also occur on the wider business climate. In an April statement, the American Institute in Taiwan (AIT), which functions as the de facto U.S. embassy, said that the draft measures run contrary to President Tsai Ing-wen’s goal of building a regional startup hub and innovation ecosystem in Taiwan.

“A predictable and transparent regulatory environment is critical to attracting foreign investment,” AIT said. “However, some of the requirements in the Draft Measures could contravene President Tsai’s objective and jeopardize Taiwan’s reputation as a safe place to invest and innovate.”

Willy Wu, general manager of Uber Taiwan, says that the draft measures would have a negative effect on Taiwan’s business environment. He notes that local ride-hailing services Call Car Bar and Join Me, which entered the market after Uber, would also be affected. “Business in Taiwan should be concerned in general, not just international companies,” he says.

Drivers cite Uber’s flexible hours and competitive pay as reasons they choose to work for the company. One driver in Taipei City, who asked to be identified by his surname Hsiao, recently retired from the military at age 49. He says he likes being able to decide his own working hours – a nice change from regimented military life.

Deax Lin, a former steakhouse manager, has been driving full-time for Uber for a year. He says that he can earn about NT$60,000 a month after subtracting his own costs and Uber’s fees. “It’s well above average for Taiwan,” he says. “It would be hard to earn this much in many other jobs here.”

For consumers, the main benefit Uber offers is greater choice. “They can choose taxis or Uber, whichever they think provides them with better service,” says Allen Cheng, a senior industry analyst at the semi-governmental Market Intelligence & Consulting Institute (MIC). He says that Uber’s presence in Taiwan has pushed taxi companies to improve service quality to remain competitive, whether by accepting cashless payments, creating booking apps, and even requiring drivers to behave more professionally.

“However, the government has to evaluate Uber’s impact on the taxi industry very carefully,” he adds.

Two types of issues – compliance and competition – have been at the center of the controversy over Uber’s legal status in Taiwan. Regarding compliance, the company accumulated more than NT$1 billion in fines from the time it entered the market in 2013 until early 2017, due to the government’s contention that it had registered as a technology company but was in fact doing transportation business.

That issue was fully resolved through the business model – a technology company providing services to local rental-car firms – that Uber and the authorities agreed on in 2017, says Uber’s Wu.

Why then has a case that was seemingly closed two years ago been reopened? The answer appears to be the competition factor. The taxi industry, historically a powerful voting bloc, is pressuring the MOTC, Gu says.

Taxi companies dislike Uber because they believe that the ride-hailing company takes customers away from them. That’s often true, but the fundamentals of the taxi industry were problematic long before Uber arrived in Taiwan. There are almost certainly too many taxis in Taiwan given market demand. By MOTC’s estimates, 88,000 yellow cabs are on the road nationwide – 30,000 of them in Taipei City, which has a population of 2.7 million. Hong Kong, with a population of 7.4 million, has just 18,000 taxis. Seoul, with a population of 9.7 million, has 23,000 taxis.

Even if taxis no longer have to compete with Uber, the market will remain saturated unless the government decides to undertake sweeping reforms. That’s not likely in the short term, especially as the taxi industry seems more concerned with ousting Uber than anything else.

In February, MOTC announced that it had found that Uber is a taxi service in everything but name and thus in violation of the law. The Ministry’s statement said that a lack of clarity about what defines a taxi business has “allowed Uber to offers services similar to taxis, causing unfair competition.”

“I am all for the sharing economy, but Uber must follow the law to operate legally in Taiwan,” MOTC Minister Lin Chia-lung said at an April press conference.

His predecessor, Hochen Tan, wrote in a May commentary in the English-language Taipei Times that “since the taxi industry is full of people living near the [poverty line] and drivers are notorious for their strong political opinions, there is undoubtedly strong motivation for politicians to formulate policies designed to win their support.”

The ruling Democratic Progressive Party (DPP) suffered a major setback in the 2018 municipal elections and is looking to shore up support with the taxi industry ahead of the 2020 presidential election, many observers say.

At the same time, “it’s easy to make Uber a target because of all the controversies about the company in the past,” Gu says.

If Uber is forced to exit Taiwan, Gu says that many Uber drivers would likely end up becoming taxi drivers. Adding taxi supply to a saturated market would cause drivers to compete for the same limited number of fares, though the dispatch companies might be happy because they could collect more fees in the aggregate.

Uber’s departure would also give taxi companies less incentive to further improve their service. The inconsistency of taxi service quality is one of the main reasons Uber has been successful here. On a recent ride, when this writer requested to make a cashless payment, the driver responded: “When taxi drivers see cash, their eyes light up. When they see EasyCard or a credit card, their eyes darken.”

The long road ahead

There is no easy solution to Uber’s dilemma. MOTC has advised Uber to register as a taxi company to be compliant with local laws. That would involve investing NT$5 million to set up a taxi company, getting the drivers licensed (through the same test that taxi drivers take), and applying for a taxi service operation permit. Uber would then be part of Taiwan’s multi-purpose taxi (MPT) program without having to overhaul its business model, MOTC says.

Taiwan set up the MPT program more than two years ago during ongoing efforts to make Uber compliant with local regulations. The just over 1,000 drivers enrolled in the program must use metered fares but are not legally required to drive a yellow car. Passengers must use an app to contact the drivers.

The MPT program has yet to catch on, probably because the positioning of its fleet – neither Uber vehicle nor traditional yellow cab – is unclear. But the government is now pressing Uber’s 10,000 drivers to join the program by taking a test for a commercial driver’s license for non-traditional taxis. The tests will be offered through September.

It appears that the government is trying to ensure that those drivers won’t be unemployed come October 1, when it will begin issuing fines for violation of the amended transportation regulations.

For Uber, the situation looks increasingly dire. MOTC’s proposal that it register as a taxi firm may seem straightforward, but “there are massive regulatory requirements to become a certified taxi company in Taiwan when it comes to licensing, insurance, and fare-rate control,” says MIC’s Cheng. “Uber is unlikely to operate as a taxi company without a major change in its business model.”

In particular, Uber is concerned that participation in the MPT program would not permit it to have upfront and dynamic pricing, whereby fares are determined by supply and demand at any given time and passengers know how much they will pay before beginning their journey. The company considers these features integral to its business model, Wu says.

Certainly some regulatory changes would be necessary to allow Uber to be compliant with local laws and maintain its core competitive advantages. “A major overhaul to current taxi regulations or a new definition of micro-transportation service will be required,” says MIC’s Cheng. “Questions about legislative purposes, definitions of key terms and economic impact should be discussed through a multi-stakeholder process. Obviously, this would require a lot of effort.”

Ahead of the end of a 60-day consultation period for the proposed regulatory changes in late April, the Platform Driver Alliance, a group formed by Uber drivers, announced that it had collected more than 300,000 signatures – the threshold for proposing a referendum – in support of Uber and its existing business model in Taiwan.

At the time, the Platform Driver Alliance said that it would propose an amendment to the Highway Act that would allow drivers to legally accept assignments from internet platforms on a commercial basis. The group has not issued any updates of that plan since then.

For its part, Uber plans to keep its operations unchanged through September. After that, it is unclear whether the company will continue to operate in Taiwan.

“I’m an optimistic person,” he adds. 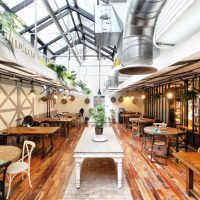 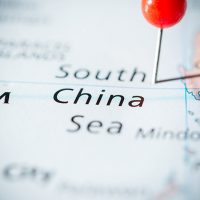