If you’re waiting for things to go back to the way they were a couple years ago, it’s not going to happen.

That was one of the key messages we heard during this summer’s CEO Mission to Washington, D.C., formerly known as “The Doorknock.” Officials in the Trump administration along with Democrats and Republicans in Congress were serious about drastically changing America’s relationship with China. They all agreed we’re in a new era of global trade.

I returned to Taipei feeling more certain than ever that what we’re seeing with U.S.-China tensions is the world’s biggest geopolitical schism in over 70 years – since the Cold War started. This will likely be the most consequential event of our lifetime.

My greatest concern is that those in Washington aren’t fully aware of how this historic shift is affecting companies in Asia. Our delegation did our best to describe how the situation is evolving on the ground.

We urged the policymakers to be mindful of how the ongoing upheaval, tension and uncertainty impacts business. Some got it. Others didn’t. We’ll need to keep briefing them throughout the year. For more details about our CEO Mission messaging, read our trip report in this issue of TOPICS.

One of my key messages for all the figures we met in Washington was that to successfully get through the turbulence of global rebalancing, the U.S. will need allies.  One of America’s best friends in this region is Taiwan. It’s our 11th biggest trading partner. A key link in the global supply chain for the tech sector. A stable democracy in a part of the world where democracy has been in retreat.

A new era calls for a new perspective. For Washington, this means that Taiwan needs to be viewed with a wider lens. The U.S. can’t allow longstanding irritants – such as disputes over beef and pork – to continue to impede progress toward strengthening the U.S.-Taiwan trade relationship. It’s in America’s strategic interest to have Taiwan’s economy be stable and prosperous.

For Taiwan, this new era calls for bold, unconventional thinking that would get the country on the shortlist of potential partners for a free trade agreement. Our editorial in this issue of TOPICS provides several suggestions about how Taiwan can better position itself for an FTA.

One of the most obvious things our CEO Mission delegation observed in Washington was that it has been a very long time since U.S.-Taiwan relations have been this good. The high level of interest, goodwill, understanding, and curiosity about Taiwan issues was inspiring.

We’ve got to seize this opportunity to advance the trading relationship between the two sides.

This summer’s Washington trip was the last one for Amy Chang, our senior director of government and public affairs. Shortly after we returned to Taipei, Amy retired after serving six spectacular years in one of AmCham’s most challenging jobs.

There is so much to admire about Amy. Her passion for her advocacy work. Her grace under pressure. A fantastic sense of humor and easy laughter. Her deep expertise accumulated over an impressive career as a businesswoman and commercial officer with the U.S. Department of Commerce. And finally the loud and happy “Zao an!” she would greet everyone with when she walked into the office every morning.  AmCham was so lucky to have her. 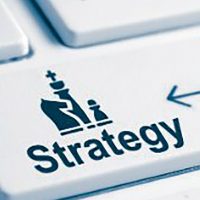 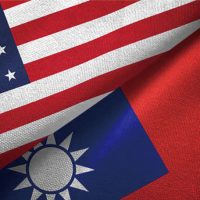 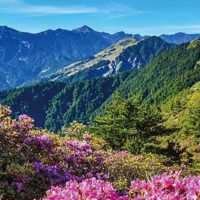 A few of my favorite Taiwan travel moments