Some suggestions on where to go and the singers and bands you might hear.

It’s a night full of surprises – the good kind. You managed to overcome your “worked-all-day, just finished-dinner” lethargy to head out into the night for a live band you’ve never seen before in a place you’ve never been. The venue is comfy, the beverages are refreshing and the band is tight. You even allow yourself to be dragged onto the dance floor and work up a sweat. Struck with the realization that you haven’t done this in too long, you vow to do it more often.

It’s no accident you enjoyed yourself. Research shows that listening to and playing music keeps us happy by lowering the stress hormone cortisol and increasing the neurotransmitter dopamine, an integral part of the brain’s pleasure-reward system. For a city of 2.6 million, Taipei’s scene is remarkably lively and diverse. Here’s a look at some of the people, places and events that keep it jumping.

Brandon Thompson knows how to work a crowd. In English or Chinese, he puts the show in showbiz as a talented vocalist with a commanding stage presence, wide vocal range, and depth of material from a variety of genres. And he has a stage wardrobe truly worthy of his front-man status.

That all comes in handy for the Canadian native who, except for part-time teaching gigs, supports himself here in Taipei as a singer and entertainer. After arriving in Taiwan 13 years ago to visit his father who married a Taiwanese woman, he fell in love with the place and decided to stay.

He can often be found fronting the four-piece band Adoga, formed with his longtime friend, band manager, and drummer Slawek Kolodziej. Now with over 1,800 weddings and corporate shows under their belt, they could be one of the most sought-after acts on the island. Just put him in front of a microphone and watch him shine. Feel free to sing along or dance the night away, because there’s not much chance you’ll be able to stay in your seat.

Lanny Waugh was named after Lanny Ross, his mother’s favorite musician and band leader in the 1930s and 40s. He’s been in Taipei over 30 years and formed almost as many bands: The Vespas, The Typhoons, The Betel Nuts, Terry & The Tomcats, The Rhythm Kings, Blues Vibrations, The Wild Alibis, and The Flat Fives are those he can recall.

Passing through a nearly equal number of genres from Rock & Roll and Alternative Punk to Blues & Swing, two things have remained constant – his stellar musicianship and his congenial disposition. Tasteful and skilled yet humble, Waugh says: “Music has always been a weekend thing and I just look forward to having an opportunity to play. Never saw a reason to make it a job.”

Self-employed as a technical writer, his current niche is jump blues and swing music. He’s found an active, receptive audience in the booming Taipei Swing Dancing Community. Go to one of their many events and you’ll probably find Waugh leading “The Flat Fives” through their paces with a set of tunes picked specifically to keep things jumping.

He’s happy to oblige these enthusiastic revelers because he feels the connection between live musicians and dancers seems to be at risk. “I remember 30 years ago, people went to see live bands so they could dance. Now most people only dance to DJs,” Waugh says. “I like these swing dancers for keeping that experience alive as I think that’s getting harder to find these days.”

Born in rural Ohio to Taiwanese parents, David Chen grew up drawn to pre-war blues and jazz, roots music, hillbilly and bluegrass. His story is similar to that of many long-term residents. In 1997 he was passing through Taipei and “just ended up staying.” By 2003 he and friends with similar tastes had birthed an acoustic group called “The Muddy Basin Ramblers.”

Named for the “muddy basin” of Taipei and now 16 years and three CDs (one nominated for a Grammy) further along, the seven-piece ensemble is a mainstay of the Taipei live music scene and the only band in it to feature a rhythm section of a washboard and a home-made bass constructed from a washtub, broomstick, and “high-quality” camping rope. “It just seemed like a natural fit and everybody in our group agreed,” Chen says. “It was like we were a jug band waiting to happen.”

Band Leader Chen fuses vintage American jazz and swing with Taiwanese street performance to craft the band’s unique sound. “We’re very much an acoustic band at heart, and our music is inspired by medicine show performers that were the precursor to vaudeville,” says Chen. “Taiwan actually has a similar tradition within its folk art culture.”

You’ll be hard-pressed to find a more Taiwanese icon than Chiang Kai Shek Memorial Plaza where the band performed as part of the National Taiwan Concert Hall Summer Jazz Outdoor Party in 2017 before a capacity crowd of 10,000.  Says Chen of the experience: “Whenever you play for a big crowd in a Saturday night kind of mood, it’s a thrill. We were chuffed to be able to spread the ‘Gospel of the Washtub Bass’ to so many people.”

Vicky Sun’s parents spoke only Taiwanese and English at home in Taipei and she attended an “English only” school from the age of three. After attending boarding school in Pennsylvania starting in the 9th grade, Vicky continued studying abroad, gaining degrees in International Politics and French Literature at New York City’s Wagner College and a Master’s in Business Administration.

She taught herself guitar for health reasons, as she had picked up a tobacco habit and decided it was time to quit. “So every time I wanted a cigarette, I forced myself to learn a song,” she says.

Returning to Taiwan in 2015, Sun performed for the first time at a creative arts space called Red Room, but not before bolstering her courage with a flask of Jim Beam. Bitten by the performance bug, she kept turning up solo around town at cafés and small venues and wrote her first song two years later, a possibly autobiographical ditty called “Have a Nice Lay” about sex on the relationship rebound.

Sun’s relaxed, confident stage presence plus her vocal phrasing, timbre, and resonance pack a depth of soul reminiscent of Billie Holiday and Amy Winehouse. Whether fronting a jazzy combo or alone with her guitar, she consistently nails a unique sound that belies her 29 years.

With a now burgeoning reputation on the Taipei music scene as both a vocalist and a singer/songwriter, she’s in the midst of recording her first album of originals. Expect to hear more about her soon.

Breakthrough from the Inside

Two bands that spawned from an underground music scene characterized by Taipei’s now defunct Underworld venue in the Shida neighborhood, Sunrise Rollercoaster and 88 Balaz, could serve as Yin and Yang for the local music scene. While both have achieved critical success and recognition here and abroad, they could not be more different.

Loud, simplistically aggressive and refreshingly irreverent, 88 Balaz sounds like an explosion of Rock & Roll rebellion. Frontman Balaz Lee shouts lyrics in Chinese over crashing guitar riffs, throbbing bass, and driving drums while the audience devolves into a Taiwanese mosh pit. Lee describes their sound as “blues notes with the rhythm of punk rock.” When I say they remind me of the Jon Spencer Blues Explosion, he erupts: “My favorite!”

Meanwhile six-piece Sunrise Rollercoaster are masters of the other end of the spectrum. Their uplifting jazzy synth-pop is a layered mélange of cute, tightly orchestrated riffs and breezy melody. Crooning retro love songs with a modern spin on English he learned from Sesame Street and Nu-Metal music, guitarist and vocalist Tseng Kuo-hung revels in the freedom the language imparts. “English gives me freedom and makes me feel like I’m a unicorn, like I’m flying in a sea of imagination,” he said in a recent interview with Paste Magazine.

Both bands have released several CDs and toured extensively in Asia, Europe, and the U.S and are, as Lee assured me, “good friends” in spite of being polar opposites.

Ramble to a Freakout

The Tiger Mountain venue is a beautiful former temple in a forest near Taipei City owned by the Miculture Foundation. Big enough but not too large, tucked out of the way in the mountains but not too far, it hosts the Urban Nomad Freakout each April and the Tiger Mountain Ramble (TMR) each December. The events’ respective organizers – David Frazier and Sean Scanlan – were once co-conspirators in the Urban Nomad Film Festival.

In 2008, they launched Urban Nomad’s first Opening Party, which was such a success it spawned a series of annual warehouse parties. Scanlan created the Tiger Mountain Ramble as an offshoot of Daniel Pearl Day. Frazier knew a good site when he saw one and initiated the Urban Nomad Freakout soon afterwards.

“I started the Ramble because I had a lot of friends in bands and their families rarely got a chance to see them play,” explains Scanlan. “So I envisioned a family-friendly event featuring mostly local bands along with one or two imports, with musicians performing on real instruments while the kids get a chance to run around.”

The day-long celebration goes off rain or shine, which in December in Taipei can be a gamble. But experienced attendees can handle the elements and those in the know regularly rate TMR as one of the best festivals in Taiwan.

The Urban Nomad Freakout aims for a more global perspective and every year pushes the boundaries with an eclectic assembly of musicians, performance artists, and circus acts on three stages. With the expressed purpose of inviting the best, weirdest, and most outrageous underground and indie musical acts to Taiwan, Frazier continues to impress and amaze audiences during the two-day event.

This year the festival featured performers from five countries (Japan, Korea, Canada, U.S., and Taiwan) and – including two warm-up events and one afterparty – a total of about 2,000 people attended. Some flew into Taipei just for the festival.

Whatever your musical taste and no matter how often it changes, the live-music scene in Taipei is like the food choices at a Taiwanese night market. There is something for everyone, but not all of it looks or smells inviting. But you don’t mind taking a risk. Otherwise you wouldn’t be living here, would you?

Here is a list of some of the places where you can catch a live act in Taipei. Genre guidelines are roughly accurate. Most also have Facebook pages but with URLS too long to list here. 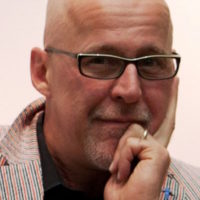 Jim Klar came to Taiwan with his family in 2014 and loves it here. His professional experience is in advertising & marketing as a copywriter, creative director and business development professional. Personally he enjoys studying Mandarin Chinese, martial arts and endurance athletics. As a musician, his genre of choice is Blues and he performs around Taiwan on harmonica and vocals with "The Rockits.” 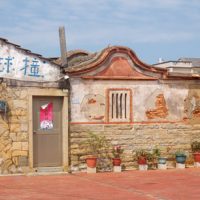 Kinmen On the Front Lines of History 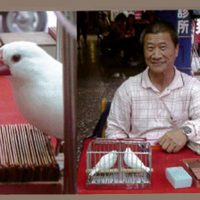 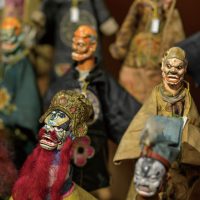 As Taiwan aims to decrease air pollution with greener transportation options, scooter-sharing companies are leveraging the power of the circular economy to maximize utilization rates...