It’s imperative to devote more resources to infectious-disease control, leading to the development of new antibiotics.

In 2015, the U.S. White House launched a national action plan against antimicrobial resistance (AMR), also commonly known as antibiotic resistance. In 2017, the World Health Organization (WHO) announced the 12 types of highly resistant bacteria that pose the biggest threats to human health. Given the global nature of this life-critical public health issue, there is no way for Taiwan to escape the consequences.

Bacteria, viruses, molds… These microbes that are invisible to the naked eye are ubiquitous in the environment we live in. Many bacteria with multiple drug resistance are considered to be life-threatening super bacteria.

Don’t be fooled into thinking that AMR is inconsequential! Japan, the most popular overseas tourist destination, this year has experienced the most serious flu epidemic in its history, leading to the emergence of resistant strains. The multi-drug resistant Candida albicans, which caused panic attacks in the U.S., has also been found in Taiwan. At the same time, WHO has called attention to multi-drug resistant Acinetobacter baumannii and Pseudomonas aeruginosa, which also present a deadly threat in Taiwan’s intensive care units.

AMR advances; the infectious-disease doctor is not a god

Dr. Huang Li-Min, Board Director, The Infectious Diseases Society of Taiwan, notes that the drug resistance problem is not confined to bacteria. For example, flu is a virus and Candida albicans is a mold. These microbial threats with multiple resistances can be found all over the body and cannot be eradicated in the short term. “Once it has become resistant, it is very difficult to treat,” Dr. Huang stresses. “The original antimicrobial drugs will fail. When no medicine is available, some patients will not survive. In a world that has become a global village, no one can find a way to escape. This problem worries me very much, and I have been investing more and more manpower and resources, hoping to win this tough battle.”

Molecular Infectious Disease Research Center, Chang Gung Memorial Hospital, Linkou. “In 2000, I had just come back to Taiwan from abroad and was cooperating with veterinarians to identify the common genotypes of Salmonella infection in Taiwan. I found that the Salmonella cholera virus not only infected pigs, but also people. In fact, it is a common infection between humans and animals.

“When people are infected with the drug-resistant Salmonella choleraesuis, the condition will be quite serious,” Dr. Chiu says. “This study was published in the well-known New England Journal of Medicine and caused quite a shock. Once a strong drug-resistant strain enters the environment or the food chain – whether by human transmission or a combination of humans and animals – it is very difficult to completely eradicate.”

At present, the biggest AMR-related challenge is that the development of new antimicrobial drugs cannot keep pace with the speed of microbial mutations. Compared with other treatments for major diseases, the introduction of new antibiotics in Taiwan is just as fast. But even when a new drug is launched, its use is heavily regulated as to avoid the emergence of resistance, resulting in many restrictions. Vaccines are useful in helping to reduce drug resistance, but there are challenges in terms of their popular acceptance and the speed of development of new vaccines.

“In order to defeat AMR, the U.S. Food and Drug Administration (FDA) and the European Medicines Agency (EMA) have created a new antibiotic rapid-review pipeline to encourage research and development,” Dr. Chiu points out. “Everyone hopes that we will now have more weapons on hand to save lives.” WHO is encouraging cooperation among all member countries to work toward that objective.

Dr. Huang emphasizes that “infection is an emergency disease” since “once there is a multi-drug-resistant infection, it may take days to kill it.” He notes that currently no permanent infection-control mechanism is in place in Taiwan. It is only activated when an epidemic arises. “We need to follow the lead of advanced countries like Europe and America in supporting the development and introduction of new antibiotics and new vaccines, improving the social status and income of doctors specializing in infectious diseases, and providing enough resources to bring infections under control,” Dr. Huang says. “Then more young doctors will be willing to join infectious disease departments to maintain a good infectious-disease control team, enabling us keep pace with international developments to defend the lives and safety of our people.” 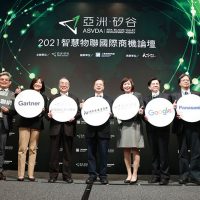 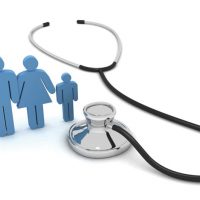 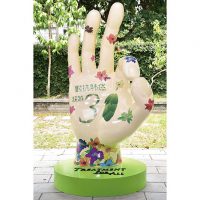 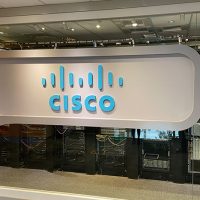