Regulating STOs could provide a new equity fundraising channel for startups, but questions remain about the utility of the new rules.

Just a few years ago, some virtual currency advocates were suggesting that Taiwan could become a hub for all things crypto in Asia. Given the conservative nature of Taiwan’s financial industry, the thought of Taiwan becoming “crypto island” was a bit of a stretch. But with Bitcoin’s value in December 2017 hovering at around US$20,000 (it has since fallen by almost 75%), irrational exuberance was in the air.

Once the risks of a full-throated crypto embrace became apparent, Taiwan put some daylight between itself and digital currency. Don’t expect Taiwan to establish massive crypto exchanges like Japan has. Nor is Taiwan accepting Bitcoin as a legal tender.

But by the end of next month the government does plan to establish a mechanism for security token offerings (STOs), designed as a fund-raising channel for startups. The move is in line with Taiwan’s gradualist acceptance of digital financial technology, including adoption of a fintech “sandbox” that allows firms to experiment with innovative business models without violating existing regulations.

A securities token is a digital asset launched by a company aiming to raise funds. In theory, any type of asset traded as a security on a traditional exchange could be tokenized: stocks, bonds, mutual funds, or gold, to name a few.

STOs have the potential to democratize investing. They enable a wider range of parties to invest early in companies without requiring accreditation (as needed for IPOs) or giving money to a risky initial coin offering (ICO), the crypto equivalent of a company going public. Indeed, unbound by regulations, ICOs require little more than “an alluring white paper…to raise millions of dollars with little-to-no accountability,” notes the Blockgeeks crypto research website.

For their part, traditional exchanges keen to tap blockchain opportunities are seeking to boost the liquidity of tokens, analysts say. The U.S. and Japan have taken steps to regulate STOs, while Singapore and Thailand also are moving in that direction.

The FSC is “oriented towards STOs as a new equity crowdfunding model,” says Ryan Terribilini, chief executive officer of Formosa Financial, a Taipei-based startup that manages digital assets. He is also a research associate at Britain’s University of Oxford focusing on blockchain (distributed ledger) technology. “There’s a gap in the market for financing small businesses,” he says.

Compared to ICOs, STOs are a less risky financing channel, says Carl Wegner, head of Asian business development for U.S. blockchain firm R3. “If you’re raising funds with an STO, you’ve got the advantages of blockchain technology but you still need to follow securities regulations,” he says. ICOs were prone to fraudulent behavior because they often raised funds for digital assets that had the attributes of a security but were not bound by any of the regulations governing securities.

Wegner advises Taiwan to “manage STOs as a tool to help business, not just as a tool to make money for a few people.”

“The token-market infrastructure, now led by STOs, is being built from both sides – the disruptive startups that now realize that some regulation is necessary and the more traditional financial sector that is beginning to appreciate the benefits of tokenization and blockchain,” he says. “Both have to be involved in the conversation.”

Jason Hsu, a Kuomintang legislator and one of Taiwan’s leading fintech advocates, says that STOs could help young Taiwanese become more involved in Taiwan’s capital markets. In general, younger Taiwanese are not interested in the traditional stock market, he says. He recommends that the FSC develop new exchanges for STOs.

Alex Liu, co-founder and chief executive officer of Maicoin, a Taiwan-based digital asset exchange platform, views the forthcoming STO regulations as a significant step in Taiwan’s gradual adoption of fintech and blockchain technology. However, he regards the FSC as being more focused on protecting domestic investors than developing a thriving STO ecosystem.

“The challenge for regulators – in Taiwan and elsewhere – is that that they see blockchain as an alien technology that we’re trying to map back into traditional asset classes,” he says.

Despite general agreement about Taiwan’s need to regulate STOs, the fintech community and the FSC differ on how to do so. The financial regulator has proposed setting the normal fundraising ceiling for an STO at NT$30 million (about US$1 million), which could be insufficient for startups.

Reflecting a fintech industry point of view, Legislator Hsu advocates raising the limit to NT$150 million. He says that startups typically need to raise between US$3 million and US$5 million in their first round (Series A) of fundraising.

In a statement on its website, the FSC says that it decided on the NT$30 million threshold after soliciting a number of expert opinions. The statement also notes that STOs would be exempt from some unspecified administrative requirements that IPOs must undergo, allowing them to proceed faster than IPOs.

The FSC proposes to permit companies to raise more than NT$30 million with an STO if they do so through Taiwan’s fintech regulatory sandbox, where the commission can monitor risks. Sandbox investments will be limited to NT$200 million.

Hsu is skeptical about the efficacy of that approach, given the long consultation period for applicants (usually 4-6 months) before they can enter the sandbox. “This isn’t a sandbox for experimentation – it’s more like a baby’s crib,” he says.

At the same time, the FSC’s plan would restrict non-accredited investors from participating in STOs, although critics say such a provision would run counter to the spirit of STOs, which are supposed to allow a wider range of people to participate in capital markets – not just institutional heavyweights.

And yet the regulator is taking a conservative approach even toward accredited investors, permitting them to allot just NT$100,000 for an STO, a miniscule amount by the standards of institutional investors. “The FSC appears to be telling investors, ‘You can play, but you can’t really play,” Hsu says.

“If we’re going to regulate STOs, the regulation should be useful,” says attorney Jaclyn Tsai, chairman of the Taiwan Fintech Association and a former minister without portfolio. She notes that since the proposed regulations prohibit non-accredited investors from participating in the STO market, funding options for startups may be dramatically reduced. “Most target investors of STOs are non-accredited,” she says.

The FSC’s proposed regulations “are probably too restrictive at this point to be of market interest,” says Maicoin’s Liu.

While final STO regulations are pending, the FSC plans to set up a dedicated security token trading platform separate from the Taiwan Stock Exchange and the over-the-counter Taipei Exchange. Companies operating virtual currencies will need special licenses to accept orders, the FSC says. Still undecided is whether tokens will be standardized and whether they will need to be secured by collateral.

In general, while less risky than ICOs, STOs are far more complex and costly to launch. Noted a post on the website The Crypto Law Insider: “This higher barrier to entry will limit which projects can enter the market and unfortunately some good projects may never take off because they can’t get the funds together for a registered securities offering.”

If Taiwan’s STO regulations are too restrictive, there is a risk that companies will choose to operate outside the regulations, which is feasible in the largely uncharted virtual currency space, Terribilini says. They could do so by issuing tokens that they do not classify as “security tokens,” a practice common in many ICOs.

“If companies see that it’s not worth the headache of registering to do an STO, Taiwan isn’t going to have much of an STO market,” he says. 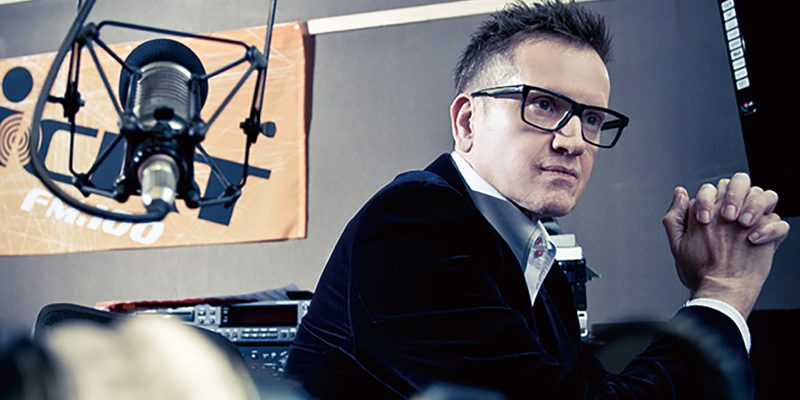