President Tsai with a memento of her visit to Facebook's new Taipei offices. Photo: Facebook

American social media giant Facebook in April opened a new Taiwan headquarters in Taipei’s Xinyi District. Dan Neary, vice president of Asia Pacific for Facebook, said his company views Taiwan as an important market and that the new office reflects confidence in Taiwan’s future. He added that Facebook will continue to invest in Taiwan.

President Tsai toured the office before the opening ceremony. Vice Premier Chen Chi-mai said at the office opening  that he hopes Facebook will “help create more opportunities for local industry as part of the country’s effects to transform its digital economy.” Chen said the Ministry of Economic Affairs has plans to team up with Facebook to promote artificial intelligence, digital marketing, and virtual reality.

Wisconsin’s Governor Tony Evers said in mid-April that he wants to renegotiate the state’s contract with Foxconn Technology Group for investment incentives because the Taiwanese company is not expected to reach the agreed-upon job creation goals. When he took office in January, the Democratic governor inherited a deal to give Foxconn around US$4 billion in tax breaks and other incentives.

Under the agreement, championed by Scott Walker, Evers’ Republican predecessor, Foxconn had pledged to invest US$10 billion and eventually create 13,000 jobs in Wisconsin. However, earlier this year the company disclosed that it had slowed the pace of hiring and was planning to shift the scope of the investment from the manufacture of advanced liquid crystal display panels to a focus on research.

Foxconn’s Wisconsin project has been described as the largest greenfield investment by a foreign company in U.S. history and was praised by President Trump as proof of his ability to revive American manufacturing. 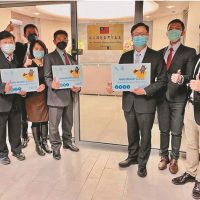