Chef de cuisine Fabio Strammiello has been traveling the world, learning from the masters, and presents Italian food with a twist at the Marco Polo Restaurant on the 38th floor of the Shangri-La’s Far Eastern Plaza Hotel.

Hailing from the Amalfi Coast region of Italy, the spiritual home of Mediterranean cooking, Chef Fabio’s first job after cooking school was an eye-opener. His cousin helped him secure the role of chef de partie responsible for making pasta, risotto, and soups at the Heinz Beck-helmed restaurant Café Les Paillotes in Pescara. The restaurant has had a Michelin star since 2009.

Beck, founder of The Order of the Knights of Italian Cuisine, is a notorious perfectionist. Fabio was not only introduced to the demands of being a top chef – long hours and a demanding work environment – but also to the incredible experiences that food can provide.

Fabio calls Beck’s signature restaurant in Rome, La Pergola, the “temple of cuisine,” because of its high-tech kitchen, incredible standards, and level of service. “I learned that performance is important and consistency is crucial,” he says.

Fabio left Italy’s shores for another Beck restaurant, the Venetian-styled, Michelin-starred Apsleys in the elegant hotel setting of The Lanesborough in London. In addition to making garniture for meat and fish dishes, he learned that food should also be an experience. “I will always remember Beck’s advice to me: `Make the guest remember the taste.’” It’s advice that set him on the road to success in his own right.

Sitting in the stylish environs of the Marco Polo Restaurant, with Taipei dreamily stretching out into the distance far below, Fabio admits that despite a decade of culinary experiences he is a relatively young chef de cuisine at 29 years old. This is the first time he has been in charge of the kitchen and menu at a major establishment, or as he bluntly puts it, “Telling people what to do rather than being told what to do.”

His philosophy is simple and effective. “I just want to make good food and make people happy. The awards will follow later.” Naturally based on traditional Italian cuisine, Fabio’s approach is creative and unique, fresh and balanced. “I don’t like to use too many ingredients because good and fresh always tastes better” and doesn’t overpower the palette, he says.

A fan of organic ingredients and biodynamic sourcing, Fabio learned to push the envelope of classic French and Italian gourmet cooking after working in Denmark at two of the world’s most famous “new cuisine” restaurants. He first worked as a stager at the three-star Geranium before joining the high-concept cooking establishment Noma, also in Copenhagen. The latter’s 20-course meals based on seasonal produce have revolutionized gastronomy, and the establishment is often cited as the world’s best restaurant.

“It completely changed my way of thinking about cooking,” Fabio says, recalling one occasion when the head chef told everyone they would not be working in the kitchen that day. Instead they went foraging in the forest and learned how to cook moss. “There are a lot of rules in French and Italian kitchens, but here they stripped it right back. In a way it’s great to follow tradition but in another way, it restricts creativity.”

Another learning curve for Fabio was working as sous chef at the Emirates One&Only in Australia’s New South Wales. He calls it a “beautiful experience,” cultivating and sourcing ingredients on the stunning 7,800-acre estate and producing exciting new food combinations.

Moss is not on the menu at Marco Polo, but a lot of care and attention has gone into the dishes that Fabio is now presenting. For example, his agnolotti filled with smoked eggplant, combined with creamy burrata cheese and golden Ossetra caviar, is wonderfully balanced. The ingredients complement one another wonderfully, and using the charcoal Josper, a combination grill and oven, brings out the best in the dish.

His amuse bouche was an egg yolk confit with seasonal green asparagus, Italian truffles, and lemon zest for a little acidity. “I come from Amalfi so I use a lot of lemons,” Fabio says.

A lot of attention to detail goes into this ostensibly simple dish, such as slivers of French bread that are frozen and sliced, before being baked in the oven. Or the red sorrel and edible flowers garnish, with the fresh parmesan bed. The result naturally impresses with its freshness and piquancy.

Another of the lessons learned on Fabio’s decade-long culinary tour of the world’s greatest restaurants is the importance of the personal touch, interacting with guests and going the extra yard to create happiness.

He recounts the story of one vegetarian guest who wasn’t keen on eggplant. “We spoke for a little while [about other options] and she simply said, `I trust you.’ So I made a zucchini with truffles and parsley oil. She was very happy and said she would be back. This made me very happy. As I say, this is my philosophy for good food.” 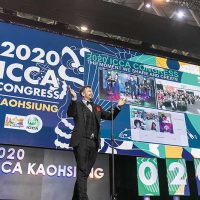 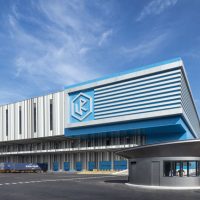 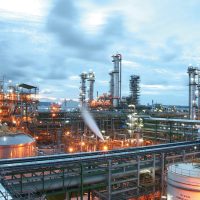 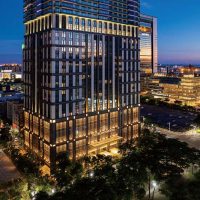