Taiwan’s then-representative to the WTO, Yen Ching-chang (left), with his Singaporean coun-terpart after Taiwan’s 2008 accession to the Government Procurement Agreement under the WTO. Photo: CNA

The biggest concern for Taiwan is that the body’s dispute-resolution mechanism may be weakened or unable to function.

U.S. President Donald Trump has made no secret of his disdain for the World Trade Organization (WTO) and the way it regulates trade among its 164 members.

Trump has even threatened to withdraw the United States from the body if “they don’t shape up,” claiming countries such as China have exploited the WTO at the expense of American jobs.

Even many supporters of the WTO believe the organization will need to undergo major changes to operate effectively.

The cloud of certainty hanging over the WTO poses especially grave risks for heavily trade-dependent countries such as Taiwan. Besides having a relatively small domestic market, Taiwan faces political pressure from China that has deterred most other countries from welcoming Taiwan into bilateral or multilateral free-trade agreements. Especially worrisome for Taiwan are efforts to weaken the WTO’s dispute-resolution mechanism.

“The WTO is the best deal Taiwan has, given our insufficient free-trade agreement coverage,” says Darson Chiu, deputy director of the Economic Forecasting Center of the Taiwan Institute of Economic Research (TIER). “As a heavily trade-oriented economy, we must do our utmost to support the WTO, and we must now begin taking the right side in the struggle among the big players.”

The most influential players in the WTO – the United States, China, EU, and Japan – have found it hard to come to any agreement on how the regulatory regime for trade should be revised.

In mid-March, Vice President Jyrki Katainen of the European Commission criticized the “selfish” U.S. approach to trade and likened attempts to reform the WTO to “pushing a rope.”

At the same time, U.S. Trade Representative Robert Lighthizer assured Congress that the U.S. government was working “diligently” to negotiate new WTO rules. He described the WTO as using an “out of date” playbook that fails to take into account the rise of China and evolution of the internet.

On the long list of Trump’s grievances, mainly targeting China, are the continued use of the WTO’s “developing economy” status by once-poor countries that have outgrown that designation, subsidies for state-owned enterprises (SOEs), and rampant intellectual property theft.

Taiwan voluntarily gave up its “developing economy” status in October 2018, whereas China has continued to strenuously resist any attempt to remove it from that category. Under WTO rules, a member that declares itself a “developing economy” can receive lenient treatment ranging from longer timetables for implementing agreements to less robust market-access commitments.

The U.S. also complains that the WTO’s Appellate Body – which is designed to review decisions made by panels in disputes brought by WTO members – has developed into something that resembles an international court and therefore infringes on national sovereignty.

Trump has said he would prefer to see U.S. participation in the WTO replaced by bilateral agreements with each of its main trading partners. Smaller countries regard that as an undesirable prospect that would leave them vulnerable to the strong bargaining power that the United States could exert.

The WTO came into existence in 1995, replacing the former General Agreement on Tariffs and Trade system (GATT), which covered mainly import tariffs and quotas on manufactured goods. The broader scope of the WTO includes the liberalization of cross-border trade in services and agriculture.

Taiwan was admitted to the WTO in 2002 – at China’s insistence as a customs territory rather than a sovereign state, and is referred to in the organization as “Chinese Taipei.” Taiwan’s application had been held up for several years to enable China to save face by entering first.

WTO membership facilitated the rapid development of the island’s electronics industry, which in the previous decade had suffered from trade barriers in key export markets. Specifically, the WTO’s Information Technology Agreement (ITA) kept tariff rates for products such as early-generation semiconductors, computers, and fax machines at close to zero, accelerating Taiwan’s pivot away from traditional manufacturing sectors such as textiles and toys to electronics.

Electronics parts and information technology products together now make up more than 40% of Taiwan’s overall exports and are a major contributor to the national GDP. Other sectors that have gained the most from WTO participation are solar PV components, automotive parts, and steel manufacturing, according to market research firm Frost & Sullivan.

Besides providing a favorable trade environment, the WTO has given Taiwan an effective channel for communication with foreign governments, a significant benefit considering the country’s general diplomatic isolation.

“One reason why Vietnam today is one of our most important trade and investment partners is that we could directly negotiate with them under the WTO platform in the early 2000s when they prepared for their own WTO entry that eventually came about in 2007,” says Kristy Hsu, section chief of the Taiwan WTO Center at the Chung Hua Institution for Economic Research (CIER).

“More opportunity for us to act on the international stage derived from our ability to participate in the WTO’s dispute settlement system, either as a complainant or as a third-party observer in other members’ disputes,” she adds.

While Taiwan has never been the target of a complaint from another WTO member, it has so far brought six cases to the dispute settlement system objecting to anti-dumping measures imposed by trading partners. Three cases were related to steel products (against the U.S., Canada, and Indonesia), while the others involved chemicals (India) and information technology products such as flat-panel displays and set-top boxes (EU and India).

Taiwan received favorable verdicts against Canada and the EU. The other four cases were settled to Taiwan’s satisfaction through consultations directly with the counterpart.

The most recent WTO action came in October 2018 when Taiwan joined Malaysia in requesting consultations with India, following India’s decision to impose 25% “safeguard” duties on imports of solar cells. A “safeguard” action is a temporary measure to protect a specific domestic industry when increased imports of a product are deemed to be causing, or threatening to cause, serious injury to the industry. The matter is still pending.

“Luckily, no one has ever filed a complaint with the dispute settlement body against us,” says CIER’s Hsu. “This proves that we have invested every effort to be compliant with the rules, and we will be supporting the U.S., the EU, and Japan in their efforts to reform the WTO, including efforts to correct abuse of the developing economy status and subsidies to SOEs.”

Darson Chiu from TIER says that Taiwan enjoys considerable goodwill from the U.S. side, suggesting that Washington would likely find a way to cushion the economic impact on the island if Trump were to really pull out of the WTO as he did earlier from the Trans-Pacific Partnership.

“U.S.-Taiwan relations have been very good and fair under Trump,” says Chiu. “He would need to craft some sort of new bilateral agreement with us, given that U.S. import tariffs for Taiwanese goods are on average much lower than Taiwan’s import tariffs on U.S. goods.”

Abhineet Kaul, Senior Director in the Public Sector & Government Practice at Frost & Sullivan, sees the chance of the U.S. dropping out of WTO as almost zero, but still warns that a weakened WTO dispute-settlement system would pose significant risks to Taiwan.

Currently, the Appellate Body is in limbo due to the U.S. objections to filling vacant seats of judges. By September 2018, the normally seven-strong body had only three judges remaining, the same number required to hear each appeal. Unless replacements are named, it will be completely unable to function when the terms of two more judges are due to expire in December this year.

“If the dispute-settlement system does not function properly, Taiwan will have to become more active in handling the issues or complaints bilaterally with other countries,” says Kaul. “Otherwise the main losers will be its manufacturers and exporters focusing on electronics components, such as integrated sectors, diodes, optical appliances, and PVs.”

The semiconductor sector, which accounts for around 29% of Taiwan’s total exports, has been watching the situation closely, as any WTO reform could impact the ITA.

Together with the U.S., EU, South Korea, Japan, and China, Taiwan is an active member of the World Semiconductor Council, which plays an important role in ensuring that the voice of the global semiconductor industry is taken into consideration in ITA negotiations.

The ITA underwent a crucial update in 2015 to include products that did not exist in the 1990s, such as smartphones. A further upgrade is currently being discussed.

“Semiconductors are the ultimate cross-border supply chain model, with design, fabrication, assembly, and testing often done in different countries,” the Taiwan Semiconductor Industry Association (TSIA) said in a statement to Taiwan Business TOPICS. “So it is important for us that WTO keeps tariffs near 0% and the export-import procedures smooth. And we prefer multilateral solutions to a complex patchwork of overlapping bilateral FTAs, which each may have different trade rules.”

As to whether any changes to the ITA resulting from the current WTO crisis might lead to semiconductor production leaving Taiwan for countries that enjoy free-trade regimes, TSIA replied that fabs and even design teams are difficult to move.

At the same time, the possible effect of a “comprehensive agreement on a large range of issues” between the U.S. and China, as sought by the Trump administration, remains to be seen. According to a Goldman Sachs report published in March, if China makes good on its promise to substantially increase U.S. imports, causing Trump to halt the trade war, Taiwan’s semiconductor industry could face major disruptions. The assumption is that China’s “shopping list” would include large quantities of American-made semiconductors. 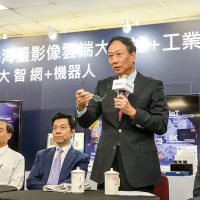 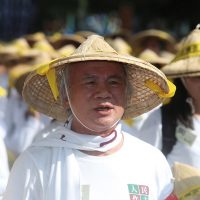 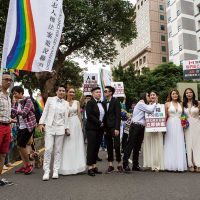