In September 2018, Taiwan went through its quadrennial WTO Trade Policy Review (TPR). In this round, Taiwan not only received positive comments from the TPR members but voluntarily committed to becoming a “developed member” of the WTO, indicating that Taiwan is ready to better connect with the global market and improve the ease of doing business locally.

“Chinese Taipei was commended for its transparent and predictable trade policies as well as its initiatives to create a friendlier business and investment environment including: investment regime liberalization; support to SMEs and entrepreneurs; increased transparency in the process of developing regulations; and a reduction of restrictions on the recruitment of overseas professionals,” concluded chairperson Eloi Laourou in the closing remarks of the TPR Conference.

Along these lines, according to the 2019 Index of Economic Freedom released by the Heritage Foundation, Taiwan ranked 10th out of 180 countries in terms of economic freedom, placing it ahead of Japan and South Korea.

Indeed, the government keeps demonstrating to the international business community that it is achieving improvements in the island’s business environment. Unfortunately, these achievements of the Tsai Administration seem not to have resonated well among Taiwanese voters, as shown by the ruling party’s landslide defeat in last year’s municipal election. As a result, making these positive economic achievements more tangible and more widely perceived has become the top priority for the government.

One of the key means to close the gap between Taiwan’s “better business environment” and the “perceptible positive changes” it engenders is “stakeholder inclusiveness.” Stakeholders expect the competent authorities to take their opinions into serious consideration and to provide reasonable responses.

Let’s take the 60-day public comment period as an example. In October 2016, as a result of the international business community’s constant effort to promote transparency in the rule-making process, the Executive Yuan finally required all central government bodies to set aside at least 60 days for public comments before the introduction of any new regulations or legislative amendments. This progressive step is very welcome. However, there is concern that unless a serious and real “stakeholder inclusiveness” approach is adopted, such public consultations will fall short of their intended objective and become a mere – and ineffective – formality.

AmCham’s 2019 Business Climate Survey underscores this concern. When asked about the 2016 extension of the notice and comment period for new regulations from 14 to 60 days, less than 27% of the respondents agreed with the statement that “government bodies give serious attention to comments from the public and typically provide carefully considered relevant responses to public input.”

The consultation process for the Tobacco Hazard Prevention and Control Act (THPCA) is a case in point. In 2017, before the Executive Yuan sent its THPCA amendment proposal to the Legislative Yuan for the first reading, a 60-day comment period was provided. According to official statistics, over 14,000 petitions were submitted by stakeholders over the 60 days. Many of the comments expressed serious concern over the wide range of extreme regulatory measures contained in the proposed amendment.

An example was the “3-strike rule” allowing the competent authorities to terminate a company’s import or manufacturing licenses once the company was found guilty of violating the THPCA’s ban on promotional activities three times over a period of five years. In addition, the alleged offender would continue to be subject to the existing hefty fines ranging from NT$5 million to NT$25 million per violation.

If enacted, the 3-strike rule could easily result in forcing legitimate companies out of the market, especially considering the discretionary and inconsistent way in which the local health authorities have been interpreting the definition of “tobacco promotion.” In fact, the inconsistency in defining and enforcing laws and regulations is a serious cross-industry concern for Taiwan’s investment environment. AmCham’s 2019 Business Climate Survey indicates that less than 28.5% of the respondents agree that “laws and regulations are interpreted in a consistent manner and are not subject to different interpretations by different government bodies or government personnel.”

The inconsistent interpretations of regulations make the 3-strike rule even more worrisome. The entire legal tobacco industry, including its supply and distribution chain, could easily come to a halt. Consumer demand for tobacco products would subsequently be catered to by illegal tobacco traders, which would erode tax revenue and undermine the government’s public health objectives.

This is why more than 14,000 stakeholders from the business community and the general public conveyed their serious concerns regarding the THPCA amendment proposal. Regrettably, the government remained steadfast about going forward with this drastic measure. What caused the most stakeholder disappointment is that the government showed little if any real commitment to the concept of “stakeholder inclusiveness” by failing to provide concerned stakeholders with substantive reasons as to why their comments were ignored.

With the 2020 presidential election around the corner, the performance of the Tsai Administration is now being scrutinized by the general public. With an aim to win back the trust of Taiwanese voters, President Tsai Ing-wen appointed Su Tseng-chang, an experienced former premier, to lead the Cabinet in hopes that he will be able to improve the people’s livelihood, protect Taiwan’s democracy, and safeguard Taiwan’s sovereignty.

“I will lead the team and roll up my sleeves to satisfy the people’s expectations and respond to people’s interests,” said Premier Su at the handover media conference held by the Presidential Office. We appreciate Su’s ambition and hope that the Su cabinet will realize that the key to formulating down-to-earth and credible policies that are accepted by the wider public is to take all stakeholders and their views seriously. 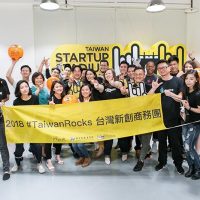 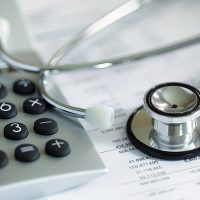 Sharing the Risk of the Healthcare Cost Burden Ban on Official Use of Zoom The Executive Yuan in April made Taiwan one of the first countries to prohibit use of popular videoconferencing software...