Terry Gou, chairman of the Foxconn Technology Group, which trades as Hon Hai Precision Industry, in mid-March responded to a patent infringement lawsuit filed against one of his subsidiaries by Microsoft Corp. He said that as a contract manufacturer, his group has never been required to pay royalties for use of the U.S. company’s software, Reuters reported.

Microsoft filed the complaint against subsidiary FIH Mobile in the Northern District of California, claiming unpaid royalties for patents used in devices that Foxconn produces for its clients. In a statement, Microsoft said the legal action was related to the royalty reporting and audit terms of a contract it signed with Hon Hai in 2013.

In a separate development, Foxconn promised to complete work on a new factory in Wisconsin to assemble liquid crystal display screens and start production before the end of 2020. Previously the company had appeared to back away from its commitment to carry out the investment as originally announced.

The state-owned Taiwan Power Co. expects to start importing liquefied natural gas (LNG) starting in 2023 and has signed two non-binding deals to buy the fuel, a Taipower executive told Reuters. Albert Jen, deputy director of the utility’s department of fuels, said the company expects to convert the deals into binding sales and purchase agreements by the end of the year. Taipower’s entry into this field means that another state-run enterprise, the CPC Corp., the national oil company, would lose its status as Taiwan’s sole importer of LNG. 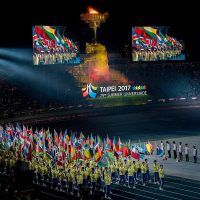