Forty years ago, AmCham Taipei members found themselves in the middle of a giant geopolitical shift – the new diplomatic alliance between Washington and Beijing. The ramifications for Taiwan were significant, creating serious challenges that are described well in this issue of TOPICS.

The heroic way AmCham members stepped up to meet the challenges is extremely inspiring. They played a key role in drafting the Taiwan Relations Act – a document that has helped keep the peace in the region and guide relations with the U.S., which remains Taiwan’s most important ally.

AmCham members also rallied to fill the void left by the U.S. government and military as they began to withdraw or scale down their presence on Taiwan.  Our members put their busy careers on hold as they worked to keep the English-language radio on air, find a new home for the American Club, and make sure the Taipei American School stayed open.

This high level of activity and engagement is what makes AmCham Taipei unique. Few other AmChams have such a history of impactful work in a community. It leaves all of us with a deep feeling of obligation to continue the tradition – to be bold, think big, and execute a vision.

I often wonder if our members 40 years ago fully grasped the gravity of the history they were experiencing. It’s often hard to do when you’re in the middle of a whirling cyclone of historic upheaval, too busy keeping up with the daily deadlines to step back and look at the bigger picture.

We are now also living in tumultuous times. There’s Brexit, Washington’s new approach to the world, U.S.-China trade tensions, and disruptive technology, such as 5G, artificial intelligence, and the internet of things.

The current tectonic shifts in geopolitics, business, and technology were discussed in every keynote speech and panel discussion at the summit of AmCham leaders across the Asia-Pacific region that I attended last month in Hong Kong. The event’s thematic focus was “The Future of U.S. Trade and Investment in Asia.”

I filled up a legal pad with notes about key takeaways. Let me share a few of my favorite points:

One of the speakers acknowledged that many of the headlines – and tweets – coming out of Washington are discouraging. But we shouldn’t let this make us apathetic. Now – just like 40 years ago – it’s vital for us to get active and engaged with AmCham to change the conversation. If we don’t, we’ll be even more disappointed. 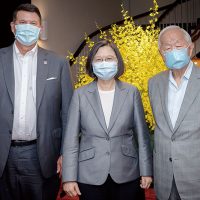 AmCham Taipei Takes Action in Support of a BTA 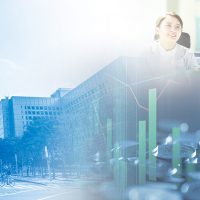 A Bullish Start to the Year of the Ox

High marks for the Chamber’s stakeholders and friends 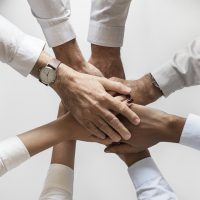