This year’s national lantern festival was hosted by the southern county of Pingtung and held in the national scenic area of Dapeng Bay. The event highlighted the foods, products, and landscape of Pingtung. Normally the main lantern features the animal on the Chinese zodaic for which the year is named – this year, the pig. Instead the honor this time went to Pingtung’s iconic Blue Fin Tuna.

Taiwanese President Tsai Ing-wen discussed her perceived aloofness, regrets about not spending more time with the people, re-election plans and pressure from China during a wide-ranging interview with CNN. The cable news crew spent three days with Tsai, strolling through an open-air market, lunching on noodles in a hole-in-the wall restaurant and sitting for a formal interview in the Presidential Office and on a flight to southern Taiwan.

Tsai said that if she had any regrets it would be spending too much time on government affairs and visiting foreign allies during the early part of her presidency. This created the impression she was detached from the people, she said.

Tsai accused China of seeking to control and influence all countries in the region.

“China’s pressure on Taiwan is an issue not only for Taiwan, but for all regional countries and beyond,” she said. “It is a problem that all of us must face together.”

When asked if she planned to run for re-election, Tsai said, “Well, it’s natural that any sitting president wants to do more for the country, wants to finish things on his or her agenda, and it’s quite natural for a president seeking another four years to complete his or her agenda.”

With the January 2020 presidential election less than a year away, President Tsai is not the only political figure staking out a position on a prospective candidacy. Two prominent politicians announced in February that they would campaign for the post – former premier Simon Chang, who said he would run as an independent, and Chinese Nationalist Party (Kuomintang) legislator Wang Jin-pyng, who was Legislative Yuan speaker from 1999 to 2016.

Wang is likely to face stiff competition for the KMT nomination. Still unannounced but expected to join the fray are Eric Li-luan Chu, a former mayor and vice premier who was the party’s losing presidential candidate in 2016, and former vice president Wu Den-yih, the KMT’s current chairman.

The seven-day strike by the Taoyuan Union of Pilotos ended after the airline agreed to give flight safety bonuses to the pilots, who had complained of fatigue and overwork. The carrier also promised to improve its corporate management culture and its communication with the union.

The negotiators agreed to settle future disagreements without work stoppages over the next three and a half years.

The Executive Yuan has proposed the first legislation in Asia that in effect would allow same-sex marriage – a bill criticized by conservative groups and rights activists. Lawmakers are expected to pass the bill so that it can take effect by late May, meeting a deadline set by the Constitutional Court in 2017. The court ruled that same-sex couples should be able to legally marry.

Late last year, voters opposed marriage equality in a series of referendums, which defined marriage as between a man and woman. The measures asked for a special law enacted for same-sex unions.

Under the draft law put forth by the Cabinet, same-sex couples would have similar legal protections for marriage as heterosexuals. However, marriage in civil law would still be defined as being between a man and woman. Gay rights activists complained that the draft bill does not provide enough legal protections for same-sex couples. Conservative groups that supported the referendums last year pledged to defeat the bill.

Despite the results of a referendum last November requiring removal from the law of a 2025 deadline for shutting down nuclear power plants, the government says Taiwan will have no choice but to cease nuclear power generation by that date.

A revised national energy strategy released by the Ministry of Economic Affairs cited various factors as making it impossible to continue to rely on nuclear power beyond 2025. Economics Minister Shen Jong-chin said these include opposition from local governments, lack of storage space for spent fuel rods, and difficulty obtaining spare parts for Taiwan’s aging reactors.

The opposition Kuomintang accused the government of disrespecting the outcome of the referendum. 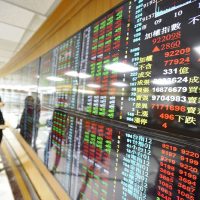