Taiwanese enterprises have long played a crucial role in the field of biometrics, seeking to help the world move beyond passwords and chip cards to more convenient and secure forms of authentication. From a fingerprint-reading device for entrance control at a Taichung apartment house in the early 1990s to Apple’s introduction of fingerprint technology to the mass market with its iPhone 5 in 2012, Taiwan is where many R&D breakthroughs have been turned into finished products.

Members of the industry are confident that Taiwan is well-positioned to maintain a leading role in this fast-growing field. According to California-based Grand View Research, the global biometric sensor market is projected to grow from US$954 million in 2017 to US$1.8 trillion by 2023.

Demand for Taiwan-made biometrics has been rising in many markets recently as doubts have increased about the security of products from Chinese suppliers.

India is a prime example. Its Aadhaar system is a 12-digit unique identity number that can be obtained by Indian residents based on their biometric and demographic data. The system, launched in 2009, is now used by almost 89% of the total Indian population, with the main selling point that it helps banks verify customers in the country’s remote areas and provide them with faster service.

“We have so far sold 1.5 million units of fingerprint-matching devices for the Aadhaar eco-system, and one factor behind India choosing us is the tensions between India and China,” says Hsu Wen-Hsing, founder and CEO of Hsinchu-based Startek engineering, a developer and manufacturer of fingerprint identification products, including biometric fingerprint sensors, modules, readers, and software systems.

“Security and convenience are two competing factors in today’s online and mobile world, and biometrics as identity proof has been widely accepted by consumers,” he says.

Startek’s track record is impressive. In 1991 it installed the world’s first fingerprint “door-know” system in a residential building in Taichung, an achievement that the UK’s Economist magazine back then reported on at length. According to Hsu, the system was in use for two decades without any major problems.

Since 1996, Taiwan conglomerate Yuanta Financial Holding has been employing Startek fingerprint systems for its staff attendance clocks, and since 2011 Startek fingerprint systems have beeb utilized in the E-gate system at Taiwan Taoyuan International Airport. Startek systems are also in use in the Philippines for border control as well as in Thailand’s police stations.

“Throughout these decades, the technology has remained fundamentally the same, but the computing power driving the algorithms behind the technology has hugely increased,” says Hsu. “Future verification systems will become even faster, more accurate, and more secure with the emergence of 5G mobile networks, as they facilitate the move from device-based identity-matching to cloud-based identity management.”

Chiayi-based Chiyu Technology – a manufacturer of fingerprint, finger vein, and facial recognition access control and time-attendance systems – attributes its 20% year-on-year revenue growth in 2018 partly to American buyers’ taking a closer look at security-sensitive orders. Chiyu also benefits from its products’ compliance with the European Union’s General Data Protection Regulation. Implemented in May 2018, GDPR greatly tightened data-protection regulations, not only for businesses and organizations within the EU but also for those dealing with the bloc from outside.

“Fingerprint is still the most-used biometrics among our clients, but facial recognition and finger vein are growing faster due to improving accuracy,” says Bill Huang, a sales and marketing assistant at Chiyu. “Unlike a fingerprint, a finger vein is a 3D structure with moving blood, meaning you can be sure that the person is alive. And this year we aim to launch a face-recognition product because that technology is much faster for entrance control. The person just walks through as opposed to having to stop to insert a finger in a reader.”

Chiyu’s forthcoming 3D face-recognition product is aimed at the military market, meaning it will have to fulfill the extremely stringent requirements of the United States’ National Institute for Standards and Technology (NIST).

3D face-recognition products already on the market from other companies can complete an identification in 1-2 seconds, enabling the throughput of up to 40 people per minute.

Huang notes that Chiyu’s finger vein scanners have been available at CTBC Bank’s ATMs in Taiwan since 2017, replacing the need for password and chip card. In adddition, CTBC Bank in July introduced facial-recognition technology at one of its ATMs in President Chain Store’s second staffless 7-Eleven in Taipei, but due to risk concerns the ATM is currently only available to the bank’s personnel.

For its part, Bank SinoPac in late 2018 announced plans to implement a palm scanner in its ATMs, rather than facial-recognition which it regards as riskier.

Taiwanese suppliers’ advantage versus Chinese peers has been put into perspective by the University of Washington’s MegaFace Challenge, the world’s first competition aimed at evaluating and improving the performance of face-recognition algorithms on the scale of millions of samples.

In the 2018 edition of the competition, 15 of the top 20 award winners were from China. But it was widely understood that their technologies would have difficulty gaining market acceptance in the United States and in some American allies.

If installed on the existing CCTVs of a shopping mall, for example, the system could track the traffic of store visitors; identify a person’s age, gender, and whether the person is in the mood for shopping; and accordingly adjust in real time the digital advertisement signage the person sees. It could also identify whether the person is a VIP or an undesirable customer.

FaceMe made a splash at CES 2019, the world’s leading consumer technology fair held in January in Las Vegas. It drew more than 14,000 visitors to CyberLink’s booth, as counted by the company’s own systems.

“In the current political climate between the U.S., EU, and China, Taiwan is in a very good position to offer facial recognition solution to international clients,” says Richard Carriere, CyberLink’s Senior Vice President for Global Marketing. “For us, the underlying advantage for Taiwan as a location is that because most integrators and vendors of Internet of Things hardware are here, we can implement our software in a shorter time than elsewhere.”

He explains that CyberLink, which employs around 350 people in Taiwan, mostly engineers, has more than 20 years of experience developing technologies that are deployed with some of the world’s largest hardware manufacturers. Since its introduction in September 2018, FaceMe has already been incorporated into a number of artificial intelligence/Internet of Things solutions, including products from Acer, Altek, and Tashi.

On the academic front, Professor Wu Shun-chi of National Tsing Hua University’s Department of Engineering and System Science has invented a device utilizing electrocardiography as a form of biometric scanning.

Use of an ECG-based scanner offers improved security, preventing theft and blocking unauthorized logins because obtaining or replicating the user’s ECG chart would be difficult.

The ECG collection can be done simultaneously with the fingerprint collection on the same device. This adds a security layer by ensuring that the system is dealing with a live person, not a mock wax finger or a victim’s finger that has been fraudulently amputated.

Unlike ECGs taken in a doctors’ office, Wu’s ECG, called Instacardeal, is taken by placing two fingers onto sensors, allowing the device to compare the electromagnetic waves of the two fingers. The ECGs are converted into a template, which may then be stored in the database or presented for recognition.

In late 2017, Instacardeal won the Arm Design Contest by British multinational semiconductor and software design company Arm Holdings. “Since we won that award, we’ve been noticing that more Taiwanese students are becoming interested in biometrics, which bodes well for the sector’s future,” says Wu. 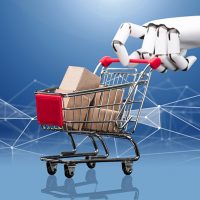 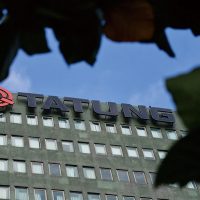 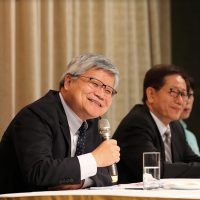