With their heavy exposure to China, Taiwanese tech firms are feeling the bite of the U.S. tariffs on Chinese goods.

For years, China bears warned Taiwanese tech firms about their dependence on the Chinese market. A deep recession in China or a cross-Strait relations crisis could spell trouble for companies overly reliant on Chinese manufacturing facilities or customers, they said. Mainland China, together with Hong Kong, accounts for 40% of Taiwan’s exports.

As it turns out, the bears were half right. High exposure to China is coming back to bite Taiwanese manufacturers, but largely because of an unforeseen development: a full-fledged trade war between China and the United States – Taiwan’s two largest trading partners.

The trade fiction has many of Taiwan’s leading manufactures looking to set up shop in other places. Some are considering moving back to Taiwan, but whether such a shift is feasible is a big question.

Taiwanese contract electronics manufacturers produce components for and assemble many of the world’s tech gadgets in China, everything from mobile devices and computers to data-center and networking equipment. Much of it is considered “Made in China” and subject to the tariffs, which could rise to 25% if Beijing and Washington fail to hammer out a trade deal by March 1.

An area of particular concern for Taiwan is the Apple supply chain, dominated by Taiwanese tech hardware makers with production facilities in China. The U.S. government has yet to hit imports of Apple’s iPhones or MacBook computers with tariffs, but President Donald Trump has left that option on the table. “I mean, I can make it 10% [tariffs on iPhones and MacBooks], and people could stand that very easily,” he was quoted as saying by Bloomberg in November.

That possibility is rattling Apple’s Taiwanese suppliers, who already are feeling the effects of a saturated handset market and shaky global economy. The California-based tech giant is the top customer of some of the largest Taiwanese tech companies, such as Hon Hai Precision Industry Co. (also known as Foxconn), Taiwan Semiconductor Manufacturing Co. , and Quanta Computer. Globally, Hon Hai is the largest contract electronics maker, TSMC the top contract chipmaker, and Quanta the biggest contract notebook computer maker.

In January, Nikkei Asian Review reported that Hon Hai had laid off 50,000 workers at its largest iPhone factory in Zhengzhou, a city in central China. The iPhone assembler plans to slash a total of 100,000 jobs from its payroll, the report said.

In December, analysts forecast that TSMC’s revenue could fall 15% sequentially in the first quarter of 2019 as orders flag from Apple and other smartphone vendors. The cryptocurrency bear market has also hit the chipmaker hard as demand ebbs for chips used in bitcoin mining machines.

“Some people may think smartphone OEMs are the most seriously affected because their assembly businesses closely correlate to the production volume of end devices and their revenues reflect the fluctuations in demand directly,” Fan added. “In fact, all the companies in the supply chain are experiencing a setback.”

In November, Quanta forecast a 5% quarterly decline in notebook computer shipments in the fourth quarter after shipping 9.9 million units in the quarter that ended September 2018.

While the tariff war itself may cool in 2019, the underlying rivalry between the United States and China to dominate advanced technology seems certain to continue. To better safeguard trade secrets and proprietary technology from China’s predatory trade practices, the Trump administration is pressuring the major U.S. tech companies to reduce their China exposure.

Thus far, Trump has been unable to persuade Apple to bring iPhone production back to the United States, but the assembly operations could well move to Southeast Asia and India. Apple’s Taiwanese suppliers will inevitably follow their key customer wherever it goes. In December, the Vietnam Investment Review reported that Foxconn sought to open an iPhone plant in Vietnam to offset the impact of the trade war. In February, The Wall Street Journal reported that Foxconn is weighing whether to shift more iPhone production to India.

To date, Apple has only built budget iPhones – by Apple’s standards, anyway – in India. Taiwanese contract manufacturer Wistron began assembling the SE model in India in 2017 and later added the 6S.

Eddie Han, a smartphone analyst at the semi-governmental Market Research & Consulting Institute (MIC), says that Foxconn might shift iPhone production out of China but that the transition would take time. Neither India nor Vietnam currently possesses the complete supply chain and modern logistics network that China does, he says.

In November, Charles Lin, CFO of iPhone assembler Pegatron (No. 2 after Foxconn) told investors that his company would shift production out of China “with or without [the] tariffs.” He was quoted by Nikkei Asian Review as saying that “the intensifying trade tension accelerates our decision to do it.”

Also planning a move is Taiwan’s Inventec, which makes Apple’s Air Pods wireless earbuds. The company that it would set up assembly plants in Malaysia, Mexico, or Taiwan to avoid U.S. tariffs on Chinese goods. If Apple products had not been exempted from the tariffs, up to 90% of Inventec’s revenue could have been affected instead of the 10% as now, The Taipei Times reported.

Meanwhile, the Taiwanese government is seeking to lure manufacturers back home. A three-year program launched in 2018 offers such perks to “reshore” as tax credits, discounts on utility fees, and assistance in finding land and recruiting personnel. Further, firms can enjoy two-year waivers on rent in industrial parks.

Eligibility for the program is restricted to manufacturers affected by the Sino-U.S. trade tiff who have been operating in China for more than two years and plan to produce high-value and/or connected devices in Taiwan.

Following the program’s launch, Quanta announced it would relocate production of high-end products from China to Taoyuan in northern Taiwan, where the notebook assembler has purchased a 29,000-square-meter factory for NT$4.28 billion (US$139 million). The site will also house an artificial intelligence research lab, the company says.

In response to a question about whether the trade war might prompt chipmakers to beef up production capacity in Taiwan, Liu Mei-chun, a researcher at the semi-governmental Industrial Technology Research Institute said: “According to current trends, Taiwan and global chip manufacturers will continue to expand their production capabilities in Taiwan.” While China remains a vital market for Taiwanese chipmakers, they aim to reduce risks by strengthening their presence outside of China, Liu notes.

MIC’s Han acknowledges that some Taiwanese tech firms are relocating production to Taiwan, but questions the viability of that strategy. “It would be a challenge for them to move back due to the shortage of land, potentially insufficient electricity, and increasingly rigid environmental protection laws,” he says.

Without brands of their own, Taiwanese manufacturers can be expected to remain reliant on component production and assembly for Apple. “Taiwanese firms are aware they depend too much on Apple – it’s a reflection of their over-reliance on contract electronics manufacturing and assembly,” Han says.

Since South Korean electronics giant Samsung produces all of its devices in-house and Chinese brands are fast developing supply chains of their own, “Taiwanese manufacturers are left with very few choices,” Han says. 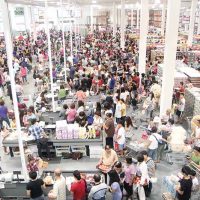 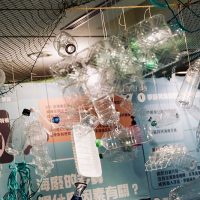 Taiwan Turns with the Tide Against Plastics Pollution