Western medicine was introduced to Taiwan a century and a half ago by foreign missionaries such as George Leslie Mackay, and American doctors in the 1970s and 1980s helped Taiwan develop a vaccine to overcome the scourge of hepatitis B. Now that Taiwan has built its own strong foundation in healthcare and public health, it is only right for Taiwan to select medical cooperation as one of the flagship programs under the New Southbound Policy, says Marc Min-huei Hsu, director of the Office of International Cooperation at the Ministry of Health and Welfare (MOHW). He cites Taiwan’s well-trained doctors and nurses, well-run hospitals, and widely admired universal health insurance program as key assets in this field.

The core of the flagship program is what is being called the One Country, One Center (1C,1C ) project, which is being carried out by MOHW with administrative support from the Chung-Hua Institution for Economic Research (CIER) think tank. One leading Taiwanese medical center was chosen to “spearhead bilateral cooperation” in healthcare in each of six priority countries: India, Indonesia, Malaysia, the Philippines, Thailand, and Vietnam. Following a first year of operation in 2018, Myanmar was added to the list for 2019. “The Taiwan experience will be more affordable for these countries,” says Hsu. “If they try to adopt the experience of Western countries, it would be too expensive for them. But the Taiwan model can provide an acceptable quality of care at an affordable cost.”

While responsible for overall coordination of collaborative healthcare activities in their country of assignment, each of the Taiwan medical centers is placing particular emphasis on its areas of specialization. The Hualien Tzu Chi Hospital, for example, is famous for its bone marrow bank, the Changhua Christian Hospital for liver transplants, and the Taipei Veterans General Hospital for an intensive-care procedure called extracorporeal membrane oxygenation (ECMO).

The 1C,1C medical centers are assigned specific quotas for the number of medical professionals from their designated countries to be trained per year and the content of the training course. The bulk of the training takes place at medical facilities in Taiwan. According to MOHW, each year at least 500 foreign physicians receive training in Taiwan on new treatments and techniques, and then return home to train their colleagues.

“Of course, in most of these countries we don’t have diplomatic relations, which is why we are having the hospitals take the lead,” says MOHW section chief Coco Yu-yu Lee. “Much of the cooperation is at the hospital level, such as helping the hospitals in the other country to operate more efficiently. But in most cases we also have ministry-level cooperation. For example, we want to share our experience regarding infectious disease control, and some countries hope to learn from us about building a universal healthcare coverage system.”

In addition, the 1C,1C program was designed to offer healthcare support for Taiwanese businesspeople and their families living in the target countries. The responsible Taiwan medical center helps to arrange for physical checkups or medical treatment as needed.

A special feature of the program is to use the contacts that are developed to facilitate entry into new markets for Taiwanese manufacturers of medical devices and pharmaceuticals. The training courses for physicians and nurses may include a visit to companies in one of Taiwan’s biotech industrial parks for demonstrations of their products. Another channel is provide Taiwanese businesspeople on marketing trips to South or Southeast Asia with introductions to potential customers among local hospitals.

“Medical products require trust and confidence, not just price and performance,” notes Roy Chun Lee, project coordinator at CIER, explaining why the introductions and networking are so important.

“Our top five export markets for medical devices are the EU, U.S., China, Japan, and maybe Hong Kong,” says Roy Lee. “ASEAN wasn’t in the picture. One big difference since the New Southbound Policy was launched is that we have started to see more companies showing interest in developing new markets in ASEAN.”

In India, the country’s ancient practice of traditional medicines has opened additional opportunity for dialogue between MOHW’s Department of Chinese Medicine and Pharmacy and India’s Ministry of Ayurveda, Yoga and Naturopathy, Unani, Siddha and Homoeopathy. CIER’s Lee says India is eager to learn more about Taiwan’s success in modernizing traditional Chinese herbal medicine, for example by providing the equivalent in pill form as well as imposing quality standards and making available manufacturing certification.

The government-to-government nature of the contacts has not been an obstacle. “After all, we’re talking about healthcare,” Roy Lee says. “We’re not talking politics.” 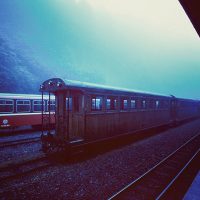 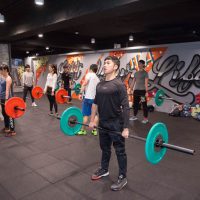