A World Cup team jersey made of eco-friendly yarn, in turn made from PET bottles recycled in Taiwan. Photo: CNA

Although Taiwan did not have a team competing in the 2018 World Cup in Russia this June, it was still well represented on the playing fields. The uniforms worn by the athletes from the great majority of the 32 participating countries were made by Taiwanese companies, mainly for such prominent international brands as Nike and Adidas.

The achievement underscored the leading status of Taiwan textile companies as contract manufacturers on the global market. They have been able to maintain that position due to their technical prowess in producing functional apparel meeting the needs of serious athletes. The fabric is permeable, thin, and lightweight, and features such functions as moisture wicking (meaning that moisture is drawn away from the body), sweat siphoning, and water repelling. In many cases the fabric is produced from recycled materials.

Taiwan has captured some 70% of the fast-expanding global market for functional fabric, which in turn accounts for 10% of the total fabric market. It has also been a major supplier of fabric made from recycled materials, mainly PET bottles. About 50% of the fabric material is now recycled, and the proportion is expected to rise to 60-70% in the next few years as increased environmental awareness drives international demand.

To help assure quality and reduce production costs, many of the major Taiwanese textile companies have integrated operations that cover everything from fabric production and dyeing to making the apparel. They have also established global production networks to further control costs.

As a means of adding value, a number of the leading firms are currently promoting knitted jacquard products that feature sophisticated designs and are produced through computer-aided manufacturing.

In addition to serving long-established brands, Taiwanese companies recently have been making forays into the rapidly emerging sector of fast-fashion apparels, supplying such brands as H&M and Root, whose order-to-shipment time may be only one week instead of the usual half year. Such fast-fashion apparel is generally sold in department stores, large shopping outlets, and dedicated apparel stores in North America. Another new business sector is online brands in China.

In the first half of 2018, Taiwan’s textile exports inched up by 2% year-on-year to reach US$5.1 billion, according to customs data. Of that amount, fabric accounted for 66%, followed by yarn with 17%, fiber 8%, apparel 5%, and others 4%. Vietnam was the largest export destination, followed by China, the United States, Hong Kong, and Indonesia. 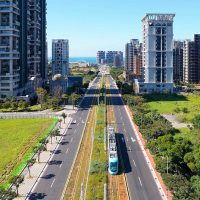 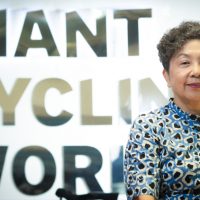