Each spring when AmCham Taipei conducts its Doorknock trip to Washington DC, one of the most important stops on the itinerary is the Office of the U.S. Trade Representative (USTR) a block away from the White House. USTR is the U.S. government agency responsible for developing and coordinating trade policy and for carrying out trade negotiations with other countries. Under the Trade and Investment Framework Agreement (TIFA) that the United States and Taiwan entered into in 1994, USTR usually engages with its Taiwan counterpart once a year for a high-level TIFA Council meeting to enable the two sides to attempt to iron out any disagreements that have arisen with regard to trade and investment policies and practices.

As the AmCham team prepared for this year’s Doorknock, one of its goals was to encourage USTR to return the TIFA Council talks to a regular annual schedule, since no such meeting has taken place since the fall of 2016. Another objective was to ensure that the American authorities were aware of the highly positive environment AmCham has recently experienced in its dealings with the Taiwan government on matters of concern to the Chamber’s various industry committees. In the 2018 Taiwan White Paper released just weeks before the Doorknock, AmCham was able to report that a record 11 issues from the 2017 White Paper had been successfully resolved, with 21 additional issues rated as “showing good progress,” another all-time high.

At USTR, AmCham was informed that there was no current plan to send a U.S. team to Taiwan for trade talks. But the Doorknock group urged reconsideration of that position, stressing the vital importance of maintaining momentum on outstanding trade issues. In light of the positive attitude on the part of the Taiwan government that the Doorknock delegation was describing, the U.S. agency decided to dispatch interagency representatives to Taiwan for discussions after all, albeit not at the TIFA Council level due to the U.S. side’s continuing occupation with NAFTA negotiations and various high-level trade disputes.

The team that came to Taiwan, led by Acting Assistant USTR Terry McCartin and including staff members from USTR and the Departments of State, Commerce, and Agriculture, spent nearly a week here in mid-September. Before the visitors’ meetings with the relevant offices in Taiwan, AmCham arranged for Chamber committees to bring them up to date on the status of various priority issues, including implementing a patent-linkage system for pharmaceuticals, tackling the problem of digital piracy, setting maximum residue levels for rapidly for agro-chemicals, accelerating the licensing process for medical devices, making investment approval procedures more transparent, and eliminating any technical barriers to trade.

Although AmCham is not privy to the substance of the dialogue between the USTR team and their Taiwan counterparts, the Chamber’s understanding is that while no dramatic breakthroughs occurred, the groundwork was set for what hopefully will be fruitful continuing interaction in the months ahead. The degree of progress achieved during that time will undoubtedly be crucial in determining whether high-level TIFA Council talks are resumed – and more importantly whether there is any realistic possibility for Taiwan to conclude a free-trade agreement with the United States.

Taiwan is facing an excellent opportunity to make significant progress toward an FTA and needs to be better prepared to resolve thorny issues that have delayed progress far too long.  Amid a trade war with China, Washington needs to strengthen its partnerships with loyal friends such as Taiwan. 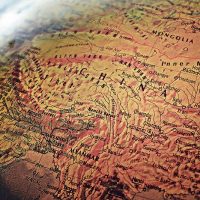