More than 250,000 foreign caregivers are employed in Taiwan, mostly from Indonesia, the Philippines, and Vietnam. Photo: CNA

The rise in the number of elderly in Taiwan is often broadly couched as a demographic and economic challenge. But for the millions of families struggling to care for frail and disabled family members, the struggle is all too personal. Confucian cultural values of “filial piety” forbid the placement of elders in retirement homes or assisted-living facilities, which in any case are often financially out of reach. State-sponsored nursing homes are last resorts for the desperate.

Yet keeping a disabled elder at home is a burden for most families, with many either stressed by a lack of financial resources with which to care for the aging relative, or the lack of time, or more often both. The passage of the Long-term Care Act 2.0 has expanded the range of services available for such families, including community care centers and subsidized home healthcare.

The Ministry of Health and Welfare (MOHW) provides subsidies of NT$180 per hour for up to 25 hours per month for the elderly (and other groups, including the mentally disabled and disadvantaged aboriginals) with mild disability, 50 hours for those with moderate disability, and 90 hours for severe disability. The range of disability is assessed by professional social workers dispatched by the ministry at the request of the family. Services provided included basic physical care such as bathing, toileting, dressing, etc., as well as helping elders visit medical facilities and do shopping.

These services often fall far short of the actual needs, however. As many as 98% of the elderly are afflicted by two or more chronic conditions, and studies in Japan indicate that fewer than 10% of males pass away without a life-changing disability; for females, virtually 100% suffer from end-of-life disability before death.

What is required is often 24-hour care, but for local caregivers that is prohibitively expensive. Filling the gap are foreign caregivers – Taiwan’s angels of mercy that work for far below the minimum wage, often isolated from the public in tedious and occasionally hostile living environments.

The salary for these caregivers, who often find themselves on duty around the clock, is set at NT$17,000 per month. This salary falls far below the minimum wage of NT$21,000 per month for Taiwanese for a 40-hour workweek, but is in fact a significant raise over the NT$15,840 provided until 2015, when Indonesia threatened to bar its workers from Taiwan over the low salaries.

While these salaries seem very low by Taiwanese standards, they are often significantly more than these workers can make in their native countries.

More onerous are high placement fees that many are forced to pay to labor brokers in their own countries, often the equivalent of NT$60,000-$120,000. Such fees are in fact illegal according to Taiwanese law, but as these brokers are located outside of Taiwan, Taiwan has little power to control it.

The reason for the high fees is that foreign labor is tightly restricted in Taiwan. While it’s possible for workers in Indonesia or elsewhere to apply directly to Taiwan, or for families in Taiwan to recruit directly from one of these Southeast Asian countries, the red tape involved in the process is so entangling that few are actually able to accomplish it. Consequently, fewer than 20,000 of the foreign caregivers were directly recruited.

The Taiwan International Workers Association (TIWA) advocates doing away with profit-focused brokering of workers in favor of a government-to-government system of direct hiring of foreign caregivers, or at least simplifying the process to enable Taiwanese households and foreign workers to connect more easily.

“If they can simplify the process, that will be a big improvement on the current system,” says a TIWA representative, Wu Jing-ru. She notes that white-collar migrants do not go through similar restrictions.

According to TIWA, after payment of fees the typical migrant caregiver in Taiwan earns less than NT$10,000 per month in the first year of service.

Most foreign caregivers are only minimally trained in their jobs and are often at the mercy of their employers. Although foreign caregivers are no longer totally restricted from changing employees within their three-year contract, they must wait until the employer has successfully recruited another caregiver, a process that typically takes months, effectively limiting their choice of employment.

While TIWA calls for better pay and working conditions for foreign caregivers, it is also sympathetic to the local households for which NT$17,000 plus labor and health insurance – often bringing the monthly total to NT$22,000 – is a considerable burden.

It urges policy changes to allow greater flexibility in work contracts and to permit families employing foreign caregivers to also access subsidized local caregivers during the daytime to ease the burden on the single worker.

Despite the downsides to accepting such employment, many young women from these Southeast Asian countries are eager to work in Taiwan. Conditions in other markets such as Singapore and Hong Kong reportedly are often less favorable than in Taiwan.

Taiwanese are now more accepting of these workers, with lower incidence of abuse and hostility on the job. And the caregivers are inclined to look on their employment in Taiwan as an opportunity to be grateful for. “They often think ‘I will be the lucky one, I will be the successful one,’” says Wu of TIWA. 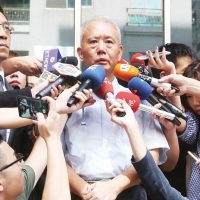 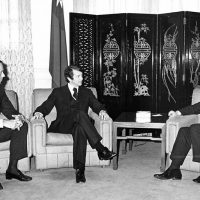 The Taiwan Relations Act, the Linchpin of Taiwan’s Relations with the U.S.