The government seems receptive to the idea of greater flexibility in public-project contracts.

In each of the last two editions of AmCham Taipei’s annual Taiwan White Paper, the Chamber’s Infrastructure & Engineering Committee encouraged the government to make use of an option called “alternative methodology” when tendering public infrastructure projects.

Increasingly common in other construction markets around the world, the option enables the bidder to propose deviations from the contract specifications regarding either technical or commercial aspects. The government agency that is the project owner then reviews the proposal. If it agrees that the alternative method would significantly benefit the project – whether in terms of cost or time savings, quality improvement, or environmental protection – it can give the go-ahead to proceed on the revised basis.

Until now, Taiwan’s public tendering procedures have not allowed for the consideration of alternative methodologies. But following publication of the White Paper suggestions, the Executive Yuan’s National Development Council and Public Construction Commission (PCC) have engaged in a series of discussions with Infrastructure & Engineering Committee representatives to learn more about the potential advantages of the system.

After receiving a briefing on the subject from the PCC, Premier Lai Ching-te recently instructed the Commission to proceed with planning on how to incorporate an alternative-methodology clause into public infrastructure contracts. In a report on this development, the Chinese-language United Daily News quoted PCC Vice Minister Yan Jeou-rong as welcoming the prospective ability of alternative solutions to promote innovation and efficiency through the entrance of new products, materials, and techniques into the market.

“The Premier’s decision is very positive news,” says AmCham Taipei President William Foreman. “One of the virtues of having multinational companies operating here is that they can call attention to best practices that have been well-received elsewhere in the world. The pending adoption of alternative methods in public construction contracts is just the latest example of how our member companies have been able to suggest improvements for the benefit of the Taiwan economy and society.” 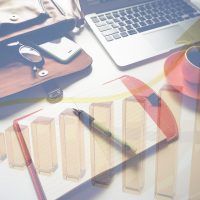