The Taiwan economy is expected to experience higher growth this year due to improved levels of demand on world markets. The Yuanta-Polaris Research Institute, a Taipei economic think tank, raised its 2018 GDP growth forecast from 2.4% to 2.55% based on increased export activity. The government’s Directorate General of Budget, Accounting and Statistics projects an increase for this year of 2.6%, updated from 2.42% earlier in the year. And Academia Sinica forecasts GDP growth in 2018 of 2.43% on the back of “robust trade growth” spurred by good economic performance in the United States and the Eurozone. In particular, the rise in overseas demand for smart products has stimulated Taiwanese exports and related investments.

Taiwan’s most important trade partners, the United States and China, are both experiencing significant growth. The International Monetary Fund predicts growth rates of 2.9% in the United States and 6.6% for China. But while the United States is enjoying a historically strong economy, experts warn that tax cuts and increased spending could lead to an overheated economy. In addition, trade tensions between the United States and China are raising concerns that 2019 growth may be affected. U.S. President Donald Trump has imposed tariffs amounting to US$34 billion on Chinese goods ranging from solar panels to batteries, provoking a similar sized tariff from China on U.S. goods including pork, airplanes, and soybeans. According to the Investment Commission of the Ministry of Economic Affairs, Taiwan’s approved foreign direct investment in the first half of 2018 amounted to US$3 billion, a 20.4% decrease from the first half of 2017. The commission attributed the drop to the fact that last year’s numbers were particularly high due to heavy investment by Micron. Its executive secretary, Emile Chang, said that several companies had postponed their investment plans to the second half, and that it was likely that the year-end total would finish higher than last year.

Taiwan’s imports and exports grew to a total of US$302 billion in the first half, an increase of 10.9% from the same period last year. Exports came to US$163.8 billion and imports to US$138.3 billion, both up by nearly 11%. Taiwan maintained a favorable trade balance of US$25.5 billion, an 11.5% increase. In trade with the United States, both exports and imports increased in the first half by 8% over the same period last year. Exports to China/Hong Kong rose 14.2% and imports 12.2%. The export value of electronic components and parts surged by 17%, and machinery by 15.9%.

The consumer price index (CPI) slid to 1.31% from May’s 1.64%. The Consumer Confidence Index, as measured by National Central University’s Research Center for Taiwan Economic Development, fell to 83.82 from 85.6 1; its highest-ever level was 97.52, almost 20 years ago. Government statistics showed a slight increase in the unemployment rate to 3.7%, though factoring in seasonal adjustments, the rate actually fell by 0.01 percentage points. The Purchasing Managers’ Index (PMI) was calculated to be 54.5, above the 50 representing an expansionary mode. 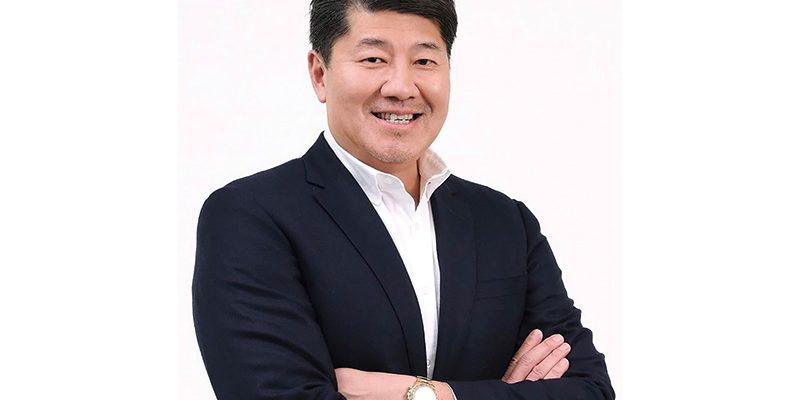 Costco’s Senior Vice President of Asia Richard Chang is a well-known fixture of the international business community in Taiwan. A former college and professional basketball...