Kin Moy will be succeeded as Director of the American Institute in Taiwan (AIT) by a former Deputy Director, Brent Christensen, who is expected to take up the post later this summer. A member of the U.S. Foreign Service for nearly 30 years, Christensen holds the personal rank of Minister-Counselor.

As AIT Deputy Director from 2012 to 2015, Christensen worked closely with AmCham Taipei on numerous issues. Previously he was Director of the State Department’s Office of Taiwan Coordination, where he had a primary role in formulating U.S. policy toward Taiwan, and had overseas postings in Hong Kong, South Africa, and three times at the U.S. embassy in Beijing.

His final assignment in Beijing, from 2007 to 2010, was to serve as Counselor for Environment, Science, Technology and Health, in which capacity he established the Embassy’s air quality monitoring program and led working groups on avian influenza, HIV/AIDS, and climate change.

Christensen also previously served as a Congressional Fellow on the staff of former U.S. Senator Olympia Snowe, and was a foreign policy advisor at the Daniel K. Inouye Asia-Pacific Center for Security Studies in Hawaii.

A native of Utah, Christensen has a B.A. in Chinese language and literature from Brigham Young University, an M.A. in East Asian Studies from the George Washington University, and a D.M.D. (Doctor of Dental Medicine) from the Oregon Health & Science University. He served as a captain in the U.S. Air Force before joining the Foreign Service.

The new AIT Deputy Director is Raymond Greene, who is already in Taipei and serving as Acting Director until Christensen’s arrival. Like Christensen, Greene is a career State Department Foreign Service Officer and had a previous posting in Taiwan, having served as the Deputy Chief of the AIT Political Section from 2001 to 2005.

His other overseas assignments included service as the U.S. Consul General in Chengdu and Okinawa, Chief of the Political-Military Affairs Unit at the U.S. Embassy in Tokyo, and as a political officer in Tokyo and Manila. In Washington, he was Director for Japan and East Asian Economic Affairs at the National Security Council and Director of the Office of Economic Policy at the State Department’s Bureau of East Asian and Pacific Affairs. In the latter capacity, he was elected as Chairman of the Asia Pacific Economic Cooperation (APEC) forum’s Economic Committee.

Most recently Greene served as a State Department Faculty Advisor at the U.S. Army War College. He holds a B.A. in government and Japanese and a Master’s degree in public management from the University of Maryland, College Park. Before joining the State Department, he was a researcher at the Peterson Institute for International Economics in Washington, D.C. 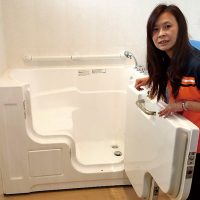 A more hostile environment for journalists and NGOs in China and Hong Kong could make Taiwan an ideal location to open regional bureaus and offices....