AmCham Taipei’s 2018 Doorknock delegation had a positive message to share as it made its rounds in Washington D.C. the week of June 18.  The group, led by Chamber President William Foreman, opened most of its 45 meetings in the U.S. nation’s capital by outlining the unprecedented attention paid by the Taiwan government in the past year to the business issues raised in AmCham’s annual Taiwan White Paper.  As a result, a record number of issues were able to be resolved and another record high was set for issues showing good progress.

“We cited the excellent cooperation AmCham has received from the Taiwan government and the strong momentum we now feel going forward,” says Foreman. “Considering the amount of unpredictability and frustration in Washington these days, the people we talked to were really delighted to be hearing some good news.”

On specific topics raised by AmCham, however, the path forward was less clear. The Doorknock delegation went to Washington with three particular objectives in mind: early resumption of bilateral Trade and Investment Framework Agreement (TIFA) talks on a regular basis; adoption of an aspirational goal such as negotiation of a bilateral trade, investment, or tax agreement to deepen the economic relationship; and more frequent visits to Taiwan by high-ranking (preferably Cabinet-level) U.S. government ofﬁcials.

With regard to TIFA, it was made clear to the Doorknock team that the holding of full-scale TIFA Council negotiations – normally headed by a Deputy U.S. Trade Representative on the American side and a Vice Minister of Economic Affairs on the Taiwan side – would not be considered in the absence of progress toward solving the sensitive longstanding question of Taiwan’s restrictions on the import of certain U.S. pork and beef products. No TIFA Council meeting has been conducted since the fall of 2016, although previously they had usually taken place on an annual basis, alternating between Washington and Taipei.

The AmCham representatives argued that the past TIFA Council sessions provided a highly productive forum for discussion of issues of importance to the American business community. If the higher-level Council meetings cannot be scheduled at this time, they urged USTR to send a working group to Taiwan in the near future to keep the overall TIFA process alive.

On the question of seeking an aspirational agreement of some kind, AmCham was told that the Trump administration has no interest in pursuing bilateral investment treaties with other countries. During the Obama years the idea of pursuing a bilateral investment agreement with Taiwan (an “agreement” rather than “treaty” due to the lack of formal diplomatic relations) had received intermittent consideration but ultimately was dropped.

U.S. ofﬁcials also explained that a tax agreement with Taiwan would be difficult because it would require approval by both the House of Representatives and the Senate, whereas treaties go to the Senate only. The Treasury Department is reportedly reluctant to bring international tax issues before members of the House, which normally has no jurisdiction over such matters.

Obstacles for a trade pact

Executive-branch officials further sought to discourage expectations regarding a trade agreement. Again it was clear that the beef and pork issues pose a serious obstacle, since U.S. trade negotiators take the position that Taiwan has failed to live up to previous commitments to fully open the market for those items.

On beef, the complaint refers to the Legislative Yuan’s 2009 overriding of a protocol that the Ma Ying-jeou administration had signed with the United States. The legislature wrote into law prohibitions on the import of ground beef and offal from the United States due to concern about the impact of mad cow disease.

For pork, the issue is Taiwan’s zero-tolerance policy for traces of ractopamine, a leanness-enhancing feed additive used by most U.S. hog raisers. Since 2012, Taiwan has accepted a maximum residue level (MRL) of ractopamine in beef but has refrained from extending the policy to pork because of its heavy consumption in the Taiwanese diet. The U.S. government contends that Taiwan is violating its pledge as a World Trade Organization (WTO) member to base its regulatory decisions strictly on scientiﬁc evidence.

Beyond the agricultural issues, the American side points to a shortage of available resources at USTR as another impediment to undertaking additional trade agreements. Officials noted the continuing complicated negotiations over the North American Free Trade Agreement (NAFTA) and the ongoing trade disputes with China. [Since that time, the United States and European Union have also committed to entering into comprehensive trade negotiations].

Even when potential U.S. partners for eventual FTAs were brought up, Taiwan was not on the list, which most frequently included Japan (though Tokyo seems to prefer focusing on the Comprehensive and Progressive Agreement for Trans-Paciﬁc Partnership), the United Kingdom (post-Brexit), Vietnam, and the Philippines.

Nevertheless, some voices on Capitol Hill and in the think tanks urged Taiwan to push hard for an FTA with the United States despite the current unfavorable climate. Their rationale is that it is important to keep Taiwan in the conversation so that it will receive due consideration when the time comes. They also tend to accept the argument that it will be easier for Taiwan expend the political capital to make concessions on sensitive issues if they are dealt with as part of a comprehensive trade agreement rather than treated as a precondition for even sitting down to talks.

Without regular TIFA Council meetings or the prospect of a bilateral trade agreement, what can the two sides work on to help bring the relationship to a new level? One suggestion heard in Washington was a return to the “building block” approach – taking a chapter or two from the model FTA for discussion – that was discussed a few years ago. The subject of “Transparency” would be such an option, but the most ideal might be “Digital Trade,” which could cover a number of subjects of interest to both governments, including e-commerce, cross-border data ﬂows, and cybersecurity.

The meeting with USTR was also an opportunity to brief U.S. trade ofﬁcials on the status of speciﬁc issues of concern to member companies in the delegation. Pharmaceutical company representatives, for example, gave Taiwan credit for recent passage of Patent Linkage legislation to strengthen IPR protection for patented drugs. But they also emphasized the need for early implementation of the new system and for the enforcement rules to encompass all types of pharmaceuticals. Coverage of large-molecule (biologic) drugs was not explicitly speciﬁed in the law.

The third item on the Doorknock agenda was to encourage the U.S. government to follow up Congress’s passage of the Taiwan Travel Act earlier this year by increasing the number of high-level U.S. visitors to Taiwan. Since 2000, the only Cabinet-rank official to come to Taiwan was Administrator Gina McCarthy of the Environmental Protection Agency in 2014. During the 1990s, a Cabinet secretary came to Taiwan every other year to participate in an industry conference.

This March, Deputy Assistant Secretary of State Alex Wong accepted AmCham’s request to be a guest speaker at the Chamber’s annual Hsieh Nien Fan banquet. As it is already a tradition for the president of Taiwan to speak at the event, the Chamber is suggesting that it now also be made standard practice for the United States to be represented on that occasion by a ranking official. The fact that the invitation would be extended by a private-sector business organization should reduce the sensitivity for U.S.-China relations.

The Washington-Beijing relationship, in addition, is currently going through a rocky period, with each side imposing punitive tariffs on the other. It is unclear how that trade skirmish may impact Taiwan, but it was evident to the Doorknock team that U.S. ofﬁcials appeared to appreciate Taiwan’s efforts to reduce the bilateral trade imbalance in Taiwan’s favor. Taiwan was praised for sending this year’s largest delegation to the SelectUSA Investment Summit, designed to promote foreign investment into the United States, and for submitting a worthy counterproposal in response to the Section 232 steel tariffs that the Trump administration intends to impose.

As is customary, AmCham is following up the Doorknock visit with calls on Taiwan government leaders and the American Institute in Taiwan. Members of the Delegation

The group was joined for various meetings by DC-based representatives from such member companies as Amway, Bechtel, Cigna, Herbalife, Medtronics, Microsoft, Prudential, RGA Global Resinsurance, and Versum Materials, as well as AdvaMed. 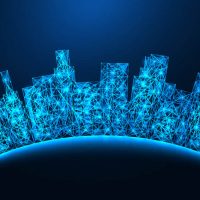 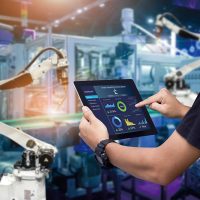 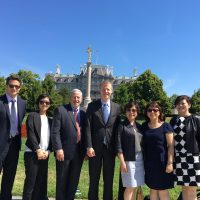 While the world has become increasingly familiar with Taiwanese semiconductor giants like TSMC and UMC, these companies rely on the support of a tightly knit,...