Fresh consideration of the profession’s status is currently under way.

Taiwan continues to be one of the very few jurisdictions in the world where the profession of chiropractic lacks legal recognition. Its doctors of chiropractic – educated and licensed in the United States and other advanced countries – exist in Taiwan in a state of limbo, forbidden even to publicize their services.

Many of these chiropractors are members of the American Chamber of Commerce in Taipei, and since 2006 the Chamber’s annual Taiwan White Paper has included a proposal to legalize the profession – making this issue the longest-standing unresolved item in the White Paper. After many years with little headway, however, the government recently has shown a willingness to review the situation and to seek a solution.

Minister Chen Mei-ling of the National Development Council brought up the chiropractic issue as part of her remarks at AmCham’s June 6 luncheon for the release of the 2018 White Paper. Regarding the recognition of chiropractic in Taiwan, she said “we are now taking an open-minded approach to look into the issue, and working on finding a win-win solution for chiropractic doctors and people who need their services.”

The status of chiropractic in Taiwan is taking on increased urgency because of the rapid aging of the population due to low birth rates and increased longevity. In April this year, the Ministry of Interior announced figures showing that Taiwan now formally ranks as an “aged society,” with one out of every seven citizens over the age of 65. The Ministry also said that Taiwan was rapidly moving toward becoming a “super-aged society,” with senior citizens making up 21% of the population.

More elderly people means more need for healthcare resources and greater strain on the finances of the National Health Insurance system. If legitimized, chiropractic could help patients alleviate some of the aches and pains that often accompany old age. In addition, as a form of treatment that does not prescribe drugs or perform surgery, it is also a cost-effective option.

“AmCham appreciates Minister Chen’s attention to this issue,” said Chamber President William Foreman. “We share her hope that a win-win solution can be worked out.” 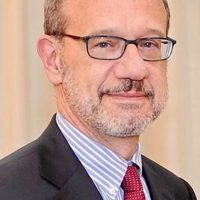 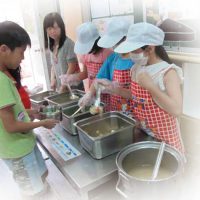 Chiropractors in Search of Legal Standing