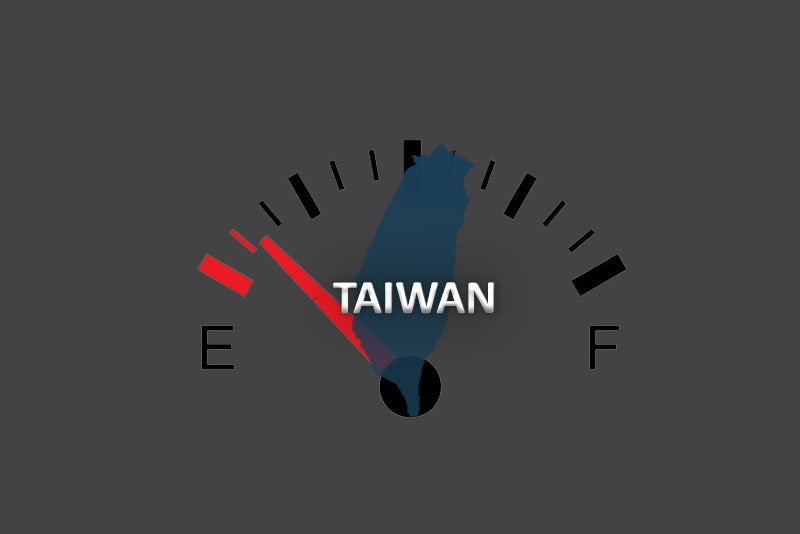 The Five Shortages refers to Taiwan’s lack of sufficient land, water, power, manpower, and talent to meet its need for continuing economic growth. The term was first coined by the Chinese National Federation of Industries (CNFI) in its 2015 white paper, and the umbrella organization of Taiwanese manufacturing associations continues to call upon the government to improve the situation, citing concerns over Taiwan’s declining Foreign Direct Investment (FDI), sluggish GDP and wage growth, and other indications of economic malaise.

Wang Jiann-chyuan, vice president of the Chung-Hua Institution for Economic Research (CIER), says that FDI adds dynamism to the economy by introducing new business models and offering what are often high-skilled, high-paying jobs. Recent M&A activity in Taiwan, including U.S.-based Micron’s acquisition of local memory maker Inotera Memory for US$4 billion, boosted total FDI to US$11 billion in 2016, the largest influx since 2007’s US$15 billion. The FDI figure for 2017 of US$7.5 billion was also boosted by M&A activity, according to the Investment Commission under the Ministry of Economic Affairs (MOEA).

Yet Taiwan’s FDI last year trailed that of Vietnam, which attracted US$35.88 billion, according to the country’s Ministry of Planning and Investment. It likewise fell far short of that of Singapore, which garnered a huge US$58 billion, the largest influx in Southeast Asia, according to the United Nations Conference on Trade and Development (UNCTAD). Hong Kong, meanwhile, took in US$85 billion, third in the world behind only the United States at US$311 billion and China, at US$144 billion, as recorded by UNCTAD.

Taiwan is experiencing a downward trend in FDI even as investment capital from Taiwan is flowing overseas, and economists agree that the Five Shortages are one of the major reasons why.

The terminology might be rather new, but each of these shortages is a well-established fact that various administrations and their ministries and agencies have been attempting to mitigate for some time.

“Pretty much these are ongoing issues that our government has resolved to take care of, but it’s probably the first time that these efforts have risen to the level of the Executive Yuan,” says Stephen Su, General Director of the Industrial Economics & Knowledge Center at Taiwan’s public-private Industrial Technology Research Institute (ITRI).  “It’s not like the different ministries didn’t look at them before, it’s just that now they are being looked at collectively, so the effort will be more effective.”

Since the shortages tend to be intertwined, solving or at least mitigating them requires an integrated cross-ministry approach, says Su.

Land use policies and competing priorities from the Council of Agriculture (COA), the Ministry of Economic Affairs (MOEA), the Environmental Protection Administration (EPA), and others have directly led to Taiwan’s water shortage and are hampering the island’s efforts to develop renewable power generation. Meanwhile, a lack of talent and trained labor is hampering progress in developing offshore wind power.

Taiwan’s vibrant democracy, with highly active civic organizations and NGOs, ensures that the voices of all stakeholders are taken into consideration but also slows down progress, according to economists.

Yeh Chang-chen, assistant research fellow at CIER, says that the five shortages are exacerbated by what he has dubbed Taiwan’s “Seven Lows,” including low prices for power, oil, and water, along with low interest rates, currency valuation, wages, and consumer prices. “Taiwanese firms have no incentive to increase their efficiency or productivity because their costs are quite low,” he explains. Competing on cost reductions results in stagnant wages and the exodus of talent and young people looking for better opportunities abroad. Those that remain generally work in the low-wage service sector.

Low wages result in downward pressure on consumer prices, and as most of Taiwan’s goods are imported, suppliers to the market “are induced to cut costs, cut wages, and cut quality,” says Chen Shin-hui, assistant research fellow at CIER’s Center for Economic Forecasting and the Taiwan ASEAN Studies Center. She links also price pressure to Taiwan’s ongoing food fraud and safety scandals. “There is no free lunch,” she comments.

Premier Lai Ching-te hosted a series of news conferences last November intended to address these issues, and offered comprehensive plans – discussed in other articles in this section – for managing each.

While the five shortages are characterized as limitations, each also offers the potential for Taiwan to innovate solutions that might be exportable or generate future business models. For example, Taiwan’s current lack of talent or manpower in offshore wind power is understandable as the global industry remains concentrated in Northern Europe. But as Taiwan builts its capacity in offshore wind power and develops the requisite manopower and talent, it could be poised to become a regional leader in this high-potential energy sector.

Moreover, Taiwan is well-positioned in terms of fiscal health, with far lower levels of national debt than regional and global competitors and vast sums of pension and savings funds at its disposal, reportedly including some NT$23 trillion (US$767 billion) in life insurance funds and another NT$10 trillion (US$290 billion) in excess savings. “Taiwan has done a good job in its financial management,” says Hank Huang, president of the Taiwan Academy of Banking and Finance (TABF). “The problem isn’t that we have too much money. But it is locked up in long-term capital, and we lack bankable projects.”

The government is aiming to provide more investment opportunities through such initiatives as its Forward-looking Infrastructure Program and the 5+2 Industrial Innovation policy, as well as policy initiatives aimed specifically at each of the five shortages.

“Under the current Executive Yuan, the targets have been set, so it’s a matter of execution,” says ITRI’s Su. 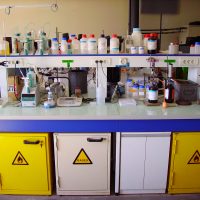 Indian Cuisine Heats Up in Taipei