Proponents see big opportunities for Taiwan in this nascent space.

Virtual currency fever swept the globe over the past year, peaking when Bitcoin’s value hit US$19,500 in December. Since that zenith, the preeminent cryptocurrency’s value has plummeted to just $10,000, illustrating its extreme volatility.

Bitcoin is the best known cryptocurrency, but over a thousand have been established, observes Carl Wegner, who heads the Asia business of New York-based blockchain firm R3.  “Virtual currency usually offers users anonymity, which has caused challenges for it with financial regulators,” he says. “Regulators worry that anonymous transactions may facilitate money laundering.”

Financial regulators in Taiwan have signaled their ambivalence toward cryptocurrency. Wellington Koo, chairman of the Financial Supervisory Commission (FSC), said in October that Taiwan would not adopt a heavy-handed approach to virtual currency as China and South Korea have done. Beijing and Seoul have both cracked down on cryptocurrency exchanges and banned initial coin offerings (ICOs) – a means of fundraising for virtual-currency ventures.

To be sure, Koo’s remarks suggested that the government does not oppose the use of digital currency in Taiwan. Yet he did not express unequivocal support either.

Market insiders say that Taiwan originally intended to include ICOs and virtual currency in its fintech regulatory sandbox, but there is no consensus on whether that will happen. At a March forum held by the Taiwan Academy of Banking and Finance (TABF) and National Taiwan University, FSC vice chairman Cheng Cheng-mount suggested ICOs could help promote new business ventures in Taiwan, just as peer-to-peer lending has done. But he did not mention any specific policies to develop the ICO market here.

Chinese Nationalist Party (Kuomintang) legislator Jason Hsu, who recently met with technology entrepreneurs and venture capitalists in Silicon Valley, says that Taiwan could attract significant investment in cryptocurrency if the government were to openly embrace the technology. “Investors hate uncertainty,” Hsu told Taiwan Business TOPICS in an interview. “We need to show them we’re open for business, and are serious about becoming a cryptocurrency hub.”

At present, digital currency is not in wide use in Taiwan. Consumers here who own cryptocurrencies and trade actively make up only about 0.1% of the total population of 23 million, and just 1.5% of the population closely follows cryptocurrency issues, says Anthony Chen, an industry analyst at the government-backed Market Intelligence & Consulting Institute (MIC). In contrast, South Korea, which has a population of 50 million, has nearly 2 million digital currency app users, according to analytics firm WiseApp.

But while few Taiwanese use virtual currency, “people in the community are quite active,” says Nick Chang, general manager of Taipei-based Maicoin, Taiwan’s largest digital asset exchange platform. Maicoin generates revenue from the spread in virtual currency trading on its platform.

Maicoin offers a number of services for converting Bitcoin to New Taiwan dollars. For merchants it means that if they receive payments in Bitcoin, they can conveniently convert the digital currency to NTD, Chang says.

Maicoin partners with a digital currency platform in the Philippines – coins.ph – allowing Filipino migrant workers in Taiwan to make regular small remittances home. “We want to use this decentralized technology to solve some fundamental issues to improve people’s lives,” Chang says. In developing countries, where banking services are limited, “virtual currency makes it easier for people to send and receive electronic payments. It’s good for individuals, for businesses, and for the overall economy of those countries.”

Most of Southeast Asia is underbanked. In a region with 641 million people, only Singapore (population 5.61 million) has a world-class banking system. In ASEAN’s three most populous countries – Indonesia, the Philippines, and Vietnam – banking penetration is just 36%, 31%, and 31% respectively, according to official data cited by the Nikkei Asian Review in a November 2016 report.

Given Taiwan’s focus on building ties with ASEAN under the government’s New Southbound Policy, adherents of virtual currency argue that it makes sense to develop the market here.

Time is of the essence, market insiders say, because several of Taiwan’s neighbors are evolving into virtual-currency hubs. Unsurprisingly, business-friendly Singapore is among Asia’s digital-currency vanguards. Last year, the Monetary Authority of Singapore (MAS), the city-state’s financial regulator, began testing a digital fiat currency (one accepted by a government as legal tender) in a blockchain-based system for interbank payments. MAS will continue testing this year before deciding whether to commercialize the trial.

Recognizing the difference between sovereign digital currency issued by a central bank and its decentralized counterparts (such as Bitcoin) is a key first step in integrating virtual currency into a country’s financial system, observes Wegner of R3, which has participated in the MAS’s and the Hong Kong Monetary Authority;s digital fiat currency trials. If a government is well versed in digital currency applications, it can help banks figure out how to best utilize blockchain and distributed technology, supporting wider adoption of fintech throughout the economy, he says.

Wegner points out that most countries have not yet developed comprehensive cryptocurrency ecosystems. In that sense, Taiwan is not unique. On the other hand, Japan stands out as a country that has been especially open to cryptocurrency, he says.

In a January report, the English-language Japan Times notes that Japan is leading the world in digital currency market development. Japanese yen accounted for 56.2% of Bitcoin purchases as of January 15, according to coinhills.com. U.S. dollars were a distant second at 28.4%. As of late December, Japan had 16 companies operating cryptocurrency exchanges, according to government data. In September, a consortium of Japanese banks led by Mizuho Financial Group and Japan Post Bank announced it would release a digital currency ahead of the Tokyo 2020 Olympics. Known as the “J Coin,” the digital currency will be used for payments and money transfers with smartphones. According to The Financial Times, the J Coin will be equivalent in value to the yen and easily convertible into the Japanese fiat currency with a smartphone app and QR codes. Banks will provide that service free of charge and receive data on consumer spending patterns in return.

Japan was the first country to pass legislation regulating virtual currency, providing a legal foundation for its use, while clearly defining rules to protect consumers engaged in virtual currency transactions, observes MIC’s Chen. Such policies help eliminate business uncertainty for virtual-currency-related institutions and provide a safe and reliable trading environment for consumers, he says.

In addition, Japan is managing security issues arising from cryptocurrency’s susceptibility to hacking. In January, hackers stole US$500 million from Japanese digital currency exchange Coincheck – one of the biggest such heists in history. Coincheck has vowed to return roughly $425 million of that virtual money to owners. Meanwhile, the Japanese government is examining all of the nation’s virtual currency exchanges for security vulnerabilities.

At the March TABF and NTU forum, FSC chairman Koo said that Taiwan must fully understand both the risks and opportunities that cryptocurrency entails. Koo highlighted the Coincheck heist as an example of the security challenges. He added that a proper regulatory framework for cryptocurrency must protect businesses and consumers.

Legislator Hsu sees a parallel between the Japanese and Taiwanese economies that makes adoption of virtual currency important for both countries. “Japan was once a manufacturing giant, but over time it lost many competitive advantages and suffered economically for two decades,” he observes. “Now, the Japanese see cryptocurrency as a new economic driver.”

Taiwan has been mired in its own low-growth cycle for nearly a decade, Hsu notes. He contends that virtual currency could help activate growth and push Taiwan to give services a greater role in an economy that remains heavily dependent on manufacturing. “Taiwan should become a digital assets hub in Asia – a custodian state for cryptocurrency,” he says.

That’s not to say Taiwanese manufacturers cannot cash in on digital currency. Surging demand for the chips used in Bitcoin mining – the electronic process by which the digital currency is made – is buoying the business of Taiwan Semiconductor Manufacturing Co., the world’s largest contract chipmaker. TSMC’s net income rose more than 10% year-on-year – to NT$99.3 billion – in the quarter that ended December 2017.

Looking ahead, wider adoption of digital currency in Taiwan will require that people view it less with less suspicion. At present, because of virtual currency’s association with malfeasance, its userbase in Taiwan is still limited, MIC’s Chen says. “Most people here equate cryptocurrency with Bitcoin, and they often reckon that Bitcoin is related to money laundering, fraud, and high-risk investment,” he says.

Maicoin’s Chang says that strong government support for cryptocurrency is necessary to change that perception.  “Taiwanese are very concerned about scams related to virtual currency,” he says. “But if the government comes out in support of it, and creates laws governing its use, then people will be more willing to use it.”

A March report in the Chinese-language Taiwan Banker magazine points out that the Central Bank has not yet taken a strong stance on digital currency because of the tiny userbase in Taiwan. The Central Bank will, however, pay close attention to how virtual currency impacts Taiwan’s payment systems, currency policy, and overall financial stability, the report said.

At the same time, financial regulators are urging investors to be wary of virtual currency’s volatility. Since there is no deep-seated opposition to cryptocurrency in Taiwan, it has a good chance of becoming legal tender here once regulators create a framework to govern its use, the report concluded.

“We look forward to the day when the government regulates virtual currency,” Chang says. “We want to be seen as completely legitimate.” 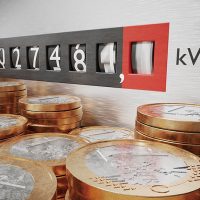 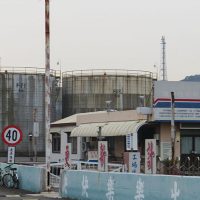 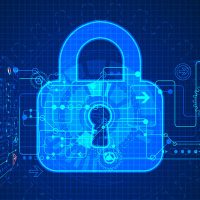 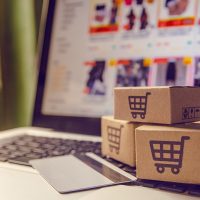