At long last, the much anticipated Taoyuan Aerotropolis project is ready for take-off. The Aerotropolis is a planned transportation, logistics, industrial, and residential city encompassing the existing Taiwan Taoyuan International Airport.  With a footprint of over 4,500 hectares, the Aerotropolis will be one of Taiwan’s largest national infrastructure projects ever.

Originally conceived years ago as a way for Taiwan to leverage its geographic advantages and industrial and technological capabilities, the Aerotropolis offers enormous potential. Expert analysis forecasts that the Aerotropolis will create 200,000 to 300,000 new jobs, generate annual revenues of NT$2.3 trillion (US$75.4 billion), enable the Taoyuan International Airport to accommodate 4.5 million tons of container cargo a year, and register total investment of NT$500 billion (US$16.4 billion) in aviation and non-aviation related industries. The airport’s Third Terminal and Third Runway projects, which have been absorbed into the Aerotropolis plan, will massively expand the capacity of the airport from today’s 40-plus million passengers annually to well over 60 million by 2025.

Approved during the Ma Ying-jeou administration, the Aerotropolis project for a time found itself mired in controversy, stymying the project’s development, due to allegations of forced relocations, the prospect of added pollution, and insinuations of irregularities in land acquisition. In response, Taoyuan City Mayor Cheng Wen-tsan has promised that the Aerotropolis will be developed according to the following 5 principles: ““Public Transparency,” “Democratic Participation,” “Eco Development,” “Public Interest,” and “Introduction of Industries.” He has also adopted the guidelines of “three lows and one high” – low energy consumption, low pollution, and low water usage – along with high added value, to solve the problems left from the Ma administration.

In accordance with these principles, the authorities have reduced the overall size of the project and offered attractive terms to residents currently living in the area slated for development.

Taoyuan Aerotropolis Co. chairman, says that communications between the government and local residents have gone so well that many residents are asking the administration to push up the timeline.

The revised project is scheduled to gain final government approval next month, and soon afterward the government will proceed with land acquisition. During this time, the Aerotropolis project will also finalize the incentives and conditions available for investment from private business across an array of sectors.

The Aerotropolis will consist of five dedicated zones: an Administration and Business Service Zone, which will include the provision of international financial services; a Passenger Transportation and Retail Zone that will include areas for MICE facilities, Integrated Recreation, and International Medical Services; a Green Innovation Zone featuring areas for Aircraft and Aviation, Biotechnology, Cloud Computing, Green Energy, and Cultural and Creative Industries; a LOHAS Residential Zone with areas for Research, Exhibition, and Living Facilities; and a Logistics and Trading Zone that includes a section for International Logistics. With its cargo and logistics zones, easy access to the Port of Taipei, and Free Trade areas where light manufacturing can be performed, the Aerotropolis will become a major logistics and transshipment hub as well as a high-added-value industrial zone.

The Aerotropolis will also involve huge investments in ground transportation, such as new subway lines and extensions to existing lines, as well as roadways that will one day cater to automated electric vehicles. The residential areas will be comfortable and eco-friendly, and the entire complex will be equipped with Smart City technology for optimal performance of government services.

In addition, the Aerotropolis will play a key role in the Asia Silicon Valley Development plan, one of the 5+2 Innovative Industries being promoted in cooperation between the Taoyuan and central governments. The program aims to foster an innovation and entrepreneurship ecosystem particularly related to the Internet of Things (IoT), Smart City technology, Artificial Intelligence, and Green Energy. In coordination with Taoyuan City, Aerotropolis is planning to build the “Asia Innovation R&D Talent Exchange Center,” which will provide research and test beds for budding entrepreneurs from Taiwan and around Asia.

The project has already signed several largescale MOUs with international firms in IT and biotech, including a UCLA spin off company that uses microchips to detect cancer cells in blood as well as another whose computer chips can offer vision to the
blind. Medical services provided in the Aerotropolis will deploy Artificial Intelligence systems to aid in diagnosing and monitoring patients.

Taiwan is making huge strides to upgrade and advance its position in the Asia Pacific region and the world. The Aerotropolis will serve as a launching pad into Taiwan’s future. 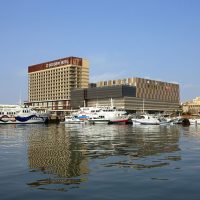 In Penghu, A Shrine to Relaxation Opens 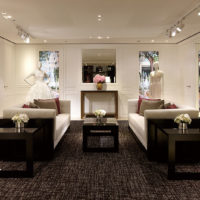 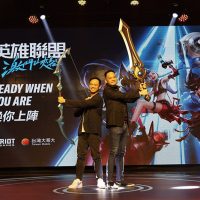 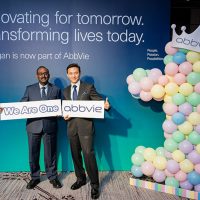