The Tsai Ing-wen administration sees substantial infrastructure investment as the key to economic revival. The Forward-looking Infrastructure Development Program now being implemented focuses on eight different categories. The segment devoted to rail transportation has drawn the most attention.

At the same time, government spending on public infrastructure has fallen steadily since its 2008 apex. Total government expenditures accounted for just 4.4% of GDP from 2011-2013, which is low compared to the global median, observes Hank Huang, president of the Taiwan Academy and Banking and Finance (TABF), a research and training organization.

Private investment has similarly lagged. In an emailed response to interview questions, Chen Mei-ling, Minister of the National Development Council (NDC), noted that the private sector has made large-scale investments only in the semiconductor industry over the past decade. With domestic demand weak, the Taiwan economy has relied largely on exports. Under this scenario, “infrastructure projects are absolutely necessary,” she says.

The Tsai Ing-wen administration has responded to these challenges with a big-ticket stimulus package: the Forward-looking Infrastructure Development Program (FLIDP). Passed into legislation last fall, the NT$420 billion plan aims to revitalize Taiwan’s infrastructure across eight categories: railways, water environment, green energy, the digital economy, urban and rural development, child care, food safety, and human resources. Many of the projects included in the plan were part of ongoing government initiatives; the railway plan is one of the few new programs.

On its website, the Executive Yuan says that the FLIDP will support Taiwan’s future economic development “by staying abreast of the latest industrial, technological and lifestyle trends at home and abroad, and by developing different regions in a more comprehensive, balanced manner. Achieving these goals will lay the foundation for future national development.”

Economists take a more nuanced view. “The government is taking the lead on this because the private sector won’t,” says Wang Jiann-chyuan, an economist at the Chung-Hua Institution for Economic Research (CIER). “The marginal benefits of monetary policy are diminishing, so they are looking to fiscal and industrial policy.”

Low investment is one of the primary structural problems facing the Taiwan economy, says Liang Kuo-yuan, chairman of the Yuanta-Polaris Research Institute and a leading Taiwanese economist. The government contends that FLIDP will alleviate the problem by creating aggregate demand that stimulates economic growth, he explains.

“At this stage, you cannot say the government is wrong,” Liang says. “But it’s important to be aware that a big public investment project does not guarantee economic growth.”

Liang points out that Taiwan has only once in recent history used infrastructure to spur an economic boom – with the 10 Major Construction Projects under President Chiang Ching-kuo in the 1970s. They included the construction of National Freeway No. 1, the Chiang Kai-Shek International Airport (now Taoyuan Airport), Taichung Port, Suao Port, the North-Link line railway, and electrification of the Western Line railway.

Those projects were essential for Taiwan’s development. “The Taiwan economy was starting to grow fast in the 1970s, but we couldn’t efficiently transport many of the goods we were producing,” Liang says. “There was a good reason for the government to invest heavily in transportation infrastructure.”

Many infrastructure initiatives have followed the original 10, but results have been inconsistent, economists say. More recent initiatives include the Six-Year National Development Plan and Asia-Pacific Regional Operations Center Plan in the 1990s as well as Challenge 2008 and the i-Taiwan (Love Taiwan) 12 Projects during the Ma Ying-jeou administration (2008-2016).

Among these projects, there have been some white elephants, Huang says. As a result, the Taiwanese public has become wary of the government’s ability to spend wisely on infrastructure.

found that 60% of the public did not understand what the FLIDP is, while half expressed the opinion that it would not improve the economy and 44% said the plan would not help balance Taiwan’s rural and urban development. Most tellingly, 47% said the plan was insufficiently forward-looking.

Jason Hsu, a Kuomintang legislator who voted against FLIDP legislation, says that that the initiative belies its name. “It would be forward-looking if it focused on developing the industries of tomorrow,” he says. In his view, the FLIDP budget does not allocate enough funding for digital infrastructure, despite the importance of digital technologies in ascendant industries like artificial intelligence. Most of the digital infrastructure budget will be spent on computer procurement, he says.

Separately, the Tsai administration has vowed to spend between NT$9 billion and NT$10 billion (US$304.4 million and US$338.3 million) annually to develop Taiwan’s AI sector. To that end, the AI ​​Innovation Research Center launched in January by the Ministry of Science and Technology will strengthen Taiwan’s AI acumen, the NDC’s Chen says. The research center’s team will participate in major industry seminars and competitions, raising Taiwan’s global profile in the AI field, she added.

Darson Chiu, deputy director of the Macroeconomic Forecasting Center at the Taiwan Institute of Economic Research (TIER), says that the priorities of the FLIDP are problematic. “Only the digital economy and green energy [two of eight areas] are industries likely to drive Taiwan’s future growth,” he says, adding that the water environments and childcare components should be part of the government’s annual budget.

Regarding green energy development, the NDC’s Chen expresses optimism. “Taiwan has the world’s best offshore wind power resources,” she says. “The government welcomes large-scale investment from foreign companies that can be integrated with resources from local industry. In the future, cooperation with leading global manufacturers will make Taiwan an internationally competitive offshore wind market.”

Hsu urges the government to plan for disruptions to the economy brought on by technological changes, as Singapore is doing. Two years ago, the city-state set up a Committee on the Future Economy to map out new economic strategies. One focus area will be workplace transition: training for those displaced by technological advances, such as factory workers.

“Our vision is for us to be the pioneers of the next generation. In the future economy, our people should have deep skills and be inspired to learn throughout their lives…Together, we can build a value-creating economy that is open and connected to the world, offering a multitude of opportunities, with sustainable wage growth and meaningful careers for all Singaporeans,” the Committee wrote in a January 2016 report.

“Ensuring that people are ready for the challenges of increased digitization and automation is truly forward-looking,” Hsu says. “That should be Taiwan’s priority too.” 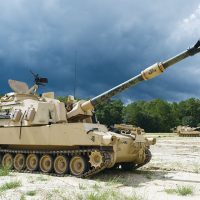 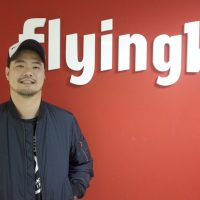 FlyingV – Standing Out from the Crowd 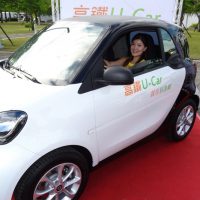