The Spice Shop's food is as delicious as it is eye-catching. PHOTO: Timothy Ferry

More and more restaurants have been opening as increasing numbers of Taiwanese diners have come to appreciate Indian cooking.

When Daniel Hsiung first arrived in Taiwan over 22 years ago, only a few Indian restaurants, including the venerable Tandoor Indian Restaurant, founded in 1989, could be found on the island. The overseas Chinese from Kolkata came to Taiwan to learn Chinese cooking. During a stint as a part-time bartender at the legendary Pig and Whistle pub in Tienmu, however, he whipped up a casual Indian meal for bar patrons, and it was such a huge hit that it revealed a pent-up demand for Indian food in the Tienmu area. Expats living there encouraged him to go into business, telling him: “If you open up a restaurant, we’ll support you.”

Hsiung started with a rented kitchen next to the Pig and Whistle, but in 2001 opened up the Spice Shop at its current site on Tienmu East Road. The restaurant was an instant success, with demand so high that customers would line up for hours to try his traditional Indian fare. Students attending the Taipei American School and other international schools in the area were so important to his business that “when they went on holidays my business would go way down,” he recalls.

But the scarcity of good Indian food that drove demand at the Spice Shop was an opportunity for others entering the market, observes Sandra Jin, owner of Saffron Fine Indian Cuisine, whose husband is from India. “My husband had already been in Taiwan for 30 years and found it wasn’t easy to find real authentic Indian food,” she says. “We love to eat and although none of us had any experience in the food and beverage industry, the timing was right and we thought, why don’t we do a restaurant?”

In 2007, after years of planning, including multiple trips to India to recruits chefs and acquire recipes, the couple founded Saffron just a few doors down from the Spice Shop. It is just one of a host of new Indian restaurants to be established in recent years. Calcutta Indian Food on XiNing South Road in Taipei’s Wanhua District also opened in 2007, while Mayur Indian Kitchen launched its first restaurant on Keelung Road in 2011, with Jai Ho Indian Food, also on Tienmu East Road, joining the pack in 2016. Joseph Bistro, off of SongJiang Road, opened its doors in 2014.

As the number of Indian restaurants in Taipei has expanded, demand has kept pace, having evolved away from its reliance chiefly on Western and Indian expats to gain a following among local consumers as well.

Taiwanese are increasingly interested in India, and all of the Indian restaurateurs interviewed for this report noted that Taiwanese restaurant-goers these days are far more likely to be acquainted with Indian food and to have visited the country.

“In my restaurant 99% of the customers are Taiwanese and they all can speak English, so they are all travelers,” says Joseph Elias Vaz, founder and chef at Joseph Bistro. “They travel to India or after they have eaten here they want to travel there.”

Taiwan’s New Southbound Policy, which is promoting increased business contacts between Taiwan and India, is also having an impact on relations, raising the numbers of both Indian engineers and students working and living in Taiwan and Taiwanese visiting and doing business in India.

This familiarity offers exciting opportunity for Indian chefs, as it allows them to offer a more authentic Indian food experience. “When I started, Taiwanese people didn’t understand Indian food; they always thought it was too spicy,” says Hsiung of Spice Shop. Now, with so many traveling to India and with a more open spirit in the culture, “Taiwanese people are asking for more flavor. They say, I want it to really be authentic.”

It wasn’t always so, and Indian restaurateurs note that even the basics of Indian cuisine were often unfamiliar to Taiwanese diners in the past.

Mayur Srivastava came to Taiwan in 2008 as a sous chef for a major hotel chain but soon became excited over the prospect of cooking authentic Indian cuisine for local diners. “When I first came to Taiwan I saw there were many Indian restaurants, but they were all very expensive and the food was not very Indian,” he says.

He started selling his own Indian food at a stand in the Shilin Night Market and noticed that many customers were unsure how to tackle a typical Indian meal of a curry with naan (flat wheat bread). To overcome this, he offered an innovative dish of curry wrapped inside naan that soon proved popular. Despite opposition from his neighboring vendors (who objected to his charcoal oven), as well as pricing and cost issues, and language and cultural barriers, Srivastava soon had one of the busiest stands in the night market.

India has a huge range of geographies and climates, from the high, frosty slopes of the Himalayas to the sultry subtropical coastlines of Tamil Nadu, each offering a different potential for food crops. Reflecting India’s thousands of years of history and wide-ranging cultural and ethnic diversity, Indian cuisine is extremely varied, though within certain broad parameters. Climate separates the wheat belt in the north, where breads such as naan and roti prevail, from the southern rice belt. Potatoes, onions, and tomatoes are eaten throughout most of India.

Yet regional differences can be stark. Cuisine of the northeast state of Arunachal Pradesh is known for its meat – which would be rejected in many places where vegetarian Hindus and Jains predominate – and its leafy green vegetables, which (except for spinach) are considered animal food in much of India. Seafood is popular in coastal areas but disdained in other regions, while dairy is a main food source in northern regions but uncommon in the south.

Despite this variety, though, northern Indian curries and naans have become overwhelmingly popular on the world stage and thus representative of the cuisine as a whole. So, just as many people consider southern Italian food such as pizza and spaghetti to be “Italian food” and Cantonese egg rolls and wontons as “Chinese food,” north Indian curries and naans have come to represent “Indian food.”

North India is where the famous clay oven, the tandoor, is widely used, and tandoori chicken is on the menu at nearly all Indian restaurants in Taiwan. Spice Shop offers a wonderfully spicy and smoky tandoori chicken that is tender and filled with flavor. Chicken tikka masala is another favorite, and Jai Ho’s version was tender and mildly spicy. Butter chicken curry is likewise found on many Indian restaurant menus, and Mayur Indian Kitchen’s version is rich and creamy, while its samosas – fried dumplings filled with potatoes and onions – offered a strong flavor of cumin that was perfectly accentuated by the green chutney sauce.

Joseph Bistro takes another route to Indian cuisine, however, by emphasizing regional dishes not typically on restaurant menus. Owner Vaz says that when he began planning to open his own restaurant after 27 years as a chef for major Western hotels and restaurants in Taiwan and abroad, he carefully considered what cuisine to highlight.

Instead, he looked to his childhood growing up in the cosmopolitan city of Mumbai, where even in his neighborhood a variety of regional cuisines were common. His cuisine focuses on seafood and other dishes from the southwest states of Goa and Karnataka as well as the northern state of Uttar Pradesh, in honor of his “three mothers” – his own mother and two caregiving neighbors, each of whom hailed from one of these states.

These regional cuisines are less well known outside of India – and even in India – which makes it difficult to find chefs who are familiar with them, Vaz says. But he sees these dishes as more healthful and vibrant than typical Indian food. Because few diners are familiar with these regional cuisines, he notes, “they think I am doing fusion but actually I am doing authentic.” Regardless of the region, spices are essential to all Indian food, which deters many Taiwanese who fear it will be too much for them to handle. Indian food depends on 13 basic spices and a full complement of 108 different ones, but only chilies and peppercorns actually add heat. The rest, including mace, cumin, black mustard seed, cardamom, turmeric, ginger, and others, provide flavor with little heat.

Indian spices are so numerous and complex that most of the restaurants import chefs from India, as they feel that only Indian chefs can really understand and effectively use Indian spices.

“Indian food uses so many different kinds of spices, and each spice will combine with other spices to make different flavors,” says Saffron’s Jin, who interviewed more than 20 chefs in New Delhi to find the right two to bring to Taipei to help open the restaurant (they were eventually joined by a third). Saffron imports its spices from India whole and grinds them in the kitchen.

The three chefs arrived in Taipei over a decade ago, when all were bachelors. The same three are still at the helm in the kitchen, but have all married local women and become fathers. “We are like a family here,” Jin says.

Indian food is fairly expensive in Taiwan compared to other dining options, with this writer’s meals rarely coming to less than around NT$600 per lunch and sometimes a good deal more. This is explained in part by the costs involved in employing foreign workers and importing authentic ingredients. It also reflects the nature of Taiwan-Indian trade relations, which concentrates on cooperation in high-tech industries. As a result, Indian nationals working in Taiwan tend to be engineers or other well-paid professionals with high expectations when it comes to the restaurants they patronize.

Yet Mayur Srivastava is on a mission to change that assumption about Indian food by operating six restaurants designed to accommodate a range of budgets. He says that prices in each of these restaurants are dictated by the style of Indian food on offer, as well as the amount of rent being charged in that location. The first Mayur Indian Kitchen (MIK 1 – he has so many branches, he now numbers them) is in a lower-rent zone and offers lower-cost, simple fare with lunch specials going for as little as NT$150. MIK 2, located at the corner of MinSheng East Road and FuXing North Road, offers more typical North Indian cuisine at prices consistent with other Taipei-based Indian restaurants. MIK 3, on the other hand, combines north and south Indian cuisine, is entirely vegetarian, and comes at mid-range prices, while MIK 4 is buffet style. MIK 5 is located in Dazhi and is family oriented, and Mayur even has a hookah bar/restaurant (MIK 6) on SongJiang Road.

“Every restaurant has a unique character that can give people more idea about Indian cuisine,” he says. 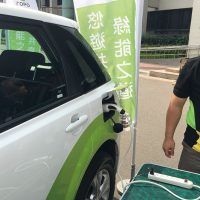 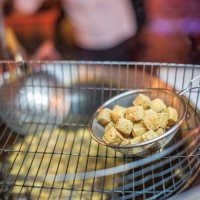 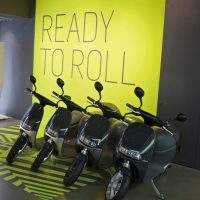