Farglory Group founder and chairman Chao Teng-hsiung is facing a 24-year prison sentence on charges of bribery and breach of trust involving several public construction projects. Following a four-month investigation. The Taipei District Prosecutors Office arrested 31 people including Chao, New Taipei City councilor Chou Sheng-kao, and Lee Shush-der, the Taipei City Department of Finance commissioner at the time of the violations and later Minister of Finance from 2008 to 2012. Chao is considered the central figure in the investigation and was released on a record NT$550 million (US$18.23 million) bail. The scope of the investigation includes the controversy-plagued Taipei Dome project as well as charges of embezzlement from the Farglory Life Insurance Co. and the bribery of municipal officials for construction projects.

The Legislative Yuan reviewed Cabinet-approved revisions to the unpopular Labor Standards Act on November 20, followed by a public hearing on November 22, sparking chaotic protests from labor and migrant workers groups opposed to the revisions. Protests continued throughout the month over the proposed changes to the current rule stipulating one mandatory day off and one flexible rest day per week and barring employees from working more than six consecutive days. The revisions would allow employees to work 12 days consecutively with the mandatory day off placed either at the beginning or end of this period. It also raises the maximum number of monthly overtime hours permitted from 46 to 54, and would calculate overtime based on actual hours worked, instead of the current blocks of four or eight hours of overtime. A poll conducted by the Taiwanese Public Opinion Foundation found that 60% of respondents approve of the changes.

FORMER U.S. VP AL GORE IN TAIWAN FOR A SPEECH

Former U.S. vice president and presidential candidate Al Gore visited Taipei on November 16 to deliver a speech to some 1,200 employees of Taiwanese electric scooter maker Gogoro in Taipei. Gore is a prominent environmental activist famous for his acclaimed documentary, An Inconvenient Truth, and is a co-recipient, along with the Intergovernmental Panel on Climate Change, of the 2007 Nobel Peace Prize, for his efforts “informing the world of the dangers posed by climate change.” The visit was arranged by Gogoro. Gore did not meet with Taiwan government officials during his stay.

The Taichung City government has demanded that the Taiwan Power Co. (TPC) reduce the amount of coal it burns at its massive Taichung Power Plant by 24%, or 5 million metric tons a year, as per the requirements of the Autonomous Act for Coal Regulation passed by the Taichung City government last year. With 10 units rated at 550 megawatts each, the Taichung plant is considered the largest coal-fired plant in the world and one of the worst carbon dioxide emitters. The plant has also been blamed for high pollution levels in central Taiwan. TPC said that reducing the plant’s output by 24% would have a grave impact on Taiwan’s already stressed power supply and that Taiwan lacks both natural gas power generation and storage capacity to make up the shortfall. The Taichung Power Plant accounts for some 14% of TPC’s entire power-generating capacity.

But the company has failed to meet its production schedule and has defaulted on bank loans, raising questions as to whether it had the necessary financial resources and shipbuilding expertise to fulfill the contract, which was valued at NT$35.85 billion (about US$1.2 billion). Political accusations have been flying, directed at both the former Ma Ying-jeou administration for accepting Ching Fu’s bid over seemingly better qualified rivals such as CSBC Corp., as well as the Tsai administration for continuing to extend financial support to the beleaguered company after its deficiencies had become apparent.

Two state-owned banks, First Commercial Bank and Bank of Taiwan, led a consortium of nine banks have extended NT$14.9 billion in loans to Ching Fu for the project, as well as other loans for separate but also questionable deals, including a build-operate-transfer agreement for a National Museum of Marine Biology and Aquarium project. The banks have a total of NT$20.51 billion exposure to Ching Fu, about 70% of which is expected to be unrecoverable, according to the Financial Supervisory Commission.

The Coast Guard Administration (CGA) has also terminated the remainder of its contract with Ching Fu for 28 100-ton patrol boats. CGA, which is demanding NT$1.2 billion in compensation, says the company has delivered only 13 of the vessels and has failed to meet several deadlines.

The board of directors of Yang Ming Marine Transport Co. on November 15 approved a port development project in the Indonesian state of Surabaya as a joint venture with state-owned Taiwan International Ports Corp. (TIPC). The project, in line with the government’s New Southbound Policy, is expected to kick off early next year and would be the first international venture for TIPC, which was formed in 2012 to enhance the competitiveness of Taiwanese shipping firms abroad. Yang Ming, which is 33% state-owned, said in a statement that it hopes to work not only with TIPC but also with local Indonesian firms in the hope of expanding its business in that country. 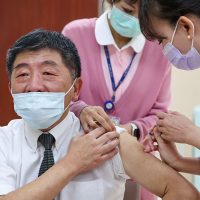 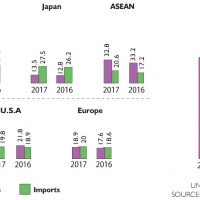