The Taiwan External Trade Development Council (TAITRA), in cooperation with SEMI Taiwan and the Taiwan Photovoltaic Industry Association, hosted PV Taiwan 2017, Taiwan’s leading solar industry trade show, October 18-20 at the Nangang Exhibition Center. Taiwan has the world’s second largest solar cell manufacturing industry after China, with some 13 gigawatts (GW) of manufacturing capacity, as well as significant solar wafer and module manufacturing. The Tsai administration is banking on seeing 20GW of installed solar power in Taiwan by 2025. PV Taiwan 2017 was held concurrently with the 2017 Taiwan International Green Industry Show and 2017 Renewable Energy Week, and featured pavilions highlighting not only solar power and components but also wind energy and hydrogen fuel technology. President Tsai opened the expo with a speech in which she reaffirmed her administration’s efforts to transform Taiwan’s energy system and promised speedier solar power installations, which are currently lagging behind stated goals.

In the run-up to the expo, Taiwanese solar cell makers Neo Solar Power Corp., Gintech Energy Corp., and Solartech Energy Corp. announced October 16 that they had inked a letter of intent to merge via a share swap. The trilateral merger will create Taiwan’s largest solar company and the world’s fifth largest solar cell maker in terms of production capacity, giving the new company to be formed from the union, United Renewable Energy Co., Ltd. (UREC), the scale to compete against larger Chinese rivals. The new company will also be vertically integrated, with capacity ranging from midstream solar cell and module manufacturing to downstream solar system installations.

In a rare disagreement, Taiwan’s Ministry of Economic Affairs (MOEA) said it was “deeply concerned” about the NT$23.4 billion (US$774 million) fine imposed on U.S. based Qualcomm by the Fair Trade Commission (FTC) on October 10. In a statement posted on its website that referred to Qualcomm as Taiwan’s “indispensable partner,” the ministry said that while it respected the commission’s position, it felt that the FTC had not taken into account Qualcomm’s contribution to Taiwan’s technology industry or the impact on future foreign direct investment.

The FTC ruled that the company had abused its monopolistic position in the industry by not licensing certain technologies related to modems to its partners in Taiwan. Qualcomm’s business model of licensing patents on chip technologies to mobile phone component manufacturers in exchange for high royalties has come under increasing pressure, and the company has been fined hundreds of millions of dollars in both Korea and China. Authorities in other market, including the European Union and the United States, are looking into similar allegations. Taiwan chipmaker MediaTek supported the FTC decision in a statement on October 12, saying the finding would lead to a fairer environment for technology innovation. Qualcomm vowed to fight the fine and appeared bolstered by the MOEA statement.

British insurer Aviva Plc. exited the Taiwan market this month by selling its share in a joint venture to its partner, state-owned First Financial Holdings Inc., for the symbolic sum of US$1. Aviva’s joint venture with First Financial, called First-Aviva Life Insurance Co., had struggled since its inception in 2008. For the first half of 2017 it had already accumulated NT$57.72 million (US$1.91 million) in losses on NT$5.6 billion in revenues. First Financial announced that it was committed to honoring the 74,000-some policies the joint venture had in force. According to analysts, Aviva’s expertise in pension planning and annuity products was not well-suited for Taiwan’s crowded life insurance market, where customers prefer endowment products. Aviva’s retreat follows that of a number of other foreign insurance compabuies.

TSMC, Others Once More on Apple Bump

Taiwan Semiconductor Manufacturing Co. (TSMC), Hon Hai Precision Industry Co., Pegatron Corp., and Wistron Corp. all reported earnings boosts on increased demand for the recently launched iPhone 8. TSMC’s third quarter earnings beat even its own expectations, rising 17.89% in quarterly comparisons to reach NT$252.11 billion (US$8.3 billion). The company, which reportedly supplies the A11 processor for the iPhone 8, had expected 16% quarterly gains. Hon Hai likewise saw similar quarterly gains of 17.3%, with revenue rising to NT$1.08 trillion on the strengths of its iPhone assembly business. Pegatron meanwhile saw a 40% rise in earnings in Q3 in quarterly comparisons, with earnings rising to NT$336.64 billion, and Wistron reached a new record in the third quarter with NT$212.46 billion in earnings. 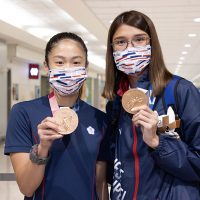 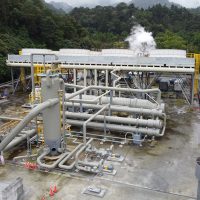