The government has undertaken various initiatives to promote the island as a center for learning Mandarin.

The global craze to learn Chinese has moved in tandem with China’s rise, with the number of students surging since the mid-2000s. Even Jared Kushner and Ivanka Trump’s five-year-old daughter Arabella has been part of the trend, enabling her to show off her Mandarin skills by singing and reciting poetry for Chinese President Xi Jinping during his state visit to the United States in April. 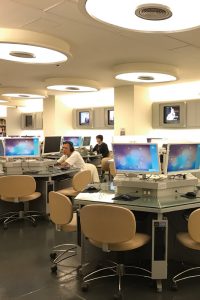 Globally, the number of people learning Chinese as a second language has more than trebled from 30 million in 2004 to 100 million today, according to an October opinion piece in China’s state-run China Daily. The PRC has benefited considerably from this boom. “With the rise of China’s international influence, the Chinese language will enter more classrooms in foreign countries, helping young people around the world better understand the country,” the China Daily article states.

For Taiwan, Mandarin’s surging popularity has been a two-edged sword. Rising interest in the language has boosted enrollment in Chinese-language courses here. With its cleaner air and friendly people, the island offers a more inspiring environment to learn one of the world’s hardest languages than smoggy mainland metropolises.

But Taiwan’s sluggish economy gives students little reason to stay on after they finish their studies. They usually return home or look for work in China, whose economy is growing at three times the rate of Taiwan’s. Taiwan inevitably loses many career-minded foreign students to its giant neighbor.

The Taiwan government has nevertheless worked hard to make the island a desirable destination for studying Mandarin. In 2003, for example, it introduced a Chinese proficiency test, the Test of Chinese as a Foreign Language (TOCFL). Since then, about 250,000 students have taken the test, according to the Ministry of Education (MOE).

Compared to its mainland Chinese equivalent, the Hanyu Shuiping Kaohsi (HSK), TOCFL is more accurate and more closely aligned with global standards such as the Common European Frameworks of six levels of language proficiency, the Taiwanese government says. By comparison, HSK’s highest level is equivalent to just level four of TOCFL, the Ministry of Foreign Affairs (MOFA) notes on its website.

In 2005, the government took a further step in promoting Chinese-language study in Taiwan by launching the Huayu Enrichment Scholarship, which provides a monthly stipend of NT$25,000 for up to a year of study here. Last year, more than 700 students received the scholarship.

In 2006, the government introduced a nationwide licensing test for teachers of Chinese as a second language. Nearly 21,000 would-be instructors have taken the exam since, and more than 3,800 have received completion certificates, according to a March report in the English-language Taiwan Review.

Overall, the government’s efforts appear to have been successful in promoting Taiwan as a center for Chinese-language study. Last year, nearly 20,000 foreigners were enrolled in Mandarin courses, up from about 12,500 in 2010, according to MOE statistics.

Boosters of language study in Taiwan laud the island’s comfortable environment. Compared to authoritarian and secretive China, “Taiwan is an open book,” observes Tomas Swinburne, a graduate student at National Chengchi University. “In China you can have a problem like air pollution clearly causing cancer and nobody will challenge the government about it directly,” he says. Here in Taiwan, the media reports widely on such topics and does not hesitate to criticize the government.

For some Chinese learners, the political environment in China is too volatile. Suzuho Kon, a Japanese national and owner of a cosmetics importing business, relocated to Taiwan from Shanghai in 2012 after anti-Japanese riots swept across China. The catalyst for the violence, which caused widespread destruction of Japanese assets in the PRC, was Tokyo’s decision to nationalize the uninhabited Senkaku Islands in the East China Sea after Japanese ultranationalist Shintaro Ishihara said he would buy them from their private owner. China also claims the islands and calls them “Diaoyu.”

The anti-Japanese hysteria sent a chilling message to Japanese citizens about their personal safety in China and the security of their assets there. “Many Japanese decided that it was too risky to be based in China,” says Kon, who lived in Shanghai for three years. She enrolled in National Central University in Zhongli after moving here, and was able to speak Chinese fluently after 18 months of study.

She plans to stay in Taiwan for the foreseeable future. “Taiwanese people are quite friendly to Japanese,” she says. “I feel welcome here.”

At the Taipei Language Institute (TLI), one of Taiwan’s oldest Mandarin learning centers, Japanese students comprise 60-70% of the student body. “We’ve seen an increase in Japanese students in our Taipei learning center since 2012 for political reasons,” says Jason T.S. Ho, chief executive officer of the TLI Group. TLI also has branches in China, Japan, and the United States.

Another reason to study Chinese in Taiwan is to learn the elegant traditional Chinese characters. Taiwan is the largest Chinese-speaking society in the world still using the script; the others are Hong Kong and Macau.

China uses simplified characters devised in 1955 in a bid to increase literacy. China’s Communist rulers believed the complexity of the written language was one of the reasons for China’s then widespread illiteracy.

The many complex strokes of traditional characters make them challenging even for Taiwanese to learn. Elementary school students spend thousands of hours practicing before they can master them. For Westerners unaccustomed to a logo-syllabic language (in which each syllable is equivalent to a word or meaning), the task can be daunting. And since the traditional characters are not used in the PRC, anyone focused on the China market might as well just learn the simplified script.

Still, proponents of traditional characters say they provide the best foundation for learning the Chinese language. “China simplified the writing system in a way that is not consistently logical, so certain words are robbed of their original meaning,” says Regine Yuan, head teacher at Tamkang University’s Chinese Language Center.

One of the best examples is the Chinese character for “love,” 愛 (ai). The full version of the character has a heart at the center. In the simplified version, the heart is removed: 爱. How can one love without a heart?

Traditional characters have another key advantage over their simplified counterparts: a much longer history. Simplified characters are sufficient to read anything published in mainland China since 1955. Some earlier publications have been converted to simplified script, but many have not.

David Edsall, a Taipei-based independent practitioner of Chinese medicine, needs to be literate in both Chinese writing systems for his work. Chinese medicine stretches back several millennia, and there are important works published before 1955 that he uses as reference tools. “There are just so many books,” he says. “It would be hard to do my job if I couldn’t read traditional characters.”

Looking ahead, the market for teaching Chinese in other countries could grow increasingly important for Taiwan given saturated conditions back home, the result of the government’s push beginning in 2013 to open more Mandarin learning centers in Taiwanese universities. “It’s not the best way to bring more people here to learn Chinese, because many of these newer centers have few resources and lack experience,” observes Sandra Chen, director of the Mandarin Learning Center at Chinese Culture University. “We have more than 60 now, which is a huge amount for a country the size of Taiwan.”

Observers instead urge Taiwan to raise its profile overseas as a provider of Chinese-language instruction. In that respect, China has so far clearly bested its smaller neighbor. Since 2004, Beijing has established hundreds of state-backed Confucius Institutes on university campuses worldwide to promote Chinese-language education and, in the process, Beijing’s worldview. A generous dose of Communist Party-sanctioned propaganda is naturally included.

Some universities, such as the United States’ Penn State and the University of Chicago, Lyon University in France, and Canada’s McMaster University, have closed their Confucius Institutes to push back against Chinese censorship.

Rising wariness of the Confucius Institutes could provide an opening for Taiwan to raise its profile as a fount of Chinese-language education, especially in the West. Few Taiwan-based language institutions have a presence there. A major exception is TLI, which was founded in New Jersey in 1956 by Marvin Ho, a Brown University Ph.D. in linguistics, and Rev. Egbert W. Andrews, to train missionaries bound for Taiwan. A Taipei branch was opened later that year. Today, TLI is headquartered in Taipei and has a branch in California.

Unusually for a Taiwan-based language center, TLI also has a large presence in China, with branches in Beijing, Shanghai, Tianjin, Dalian, Guangzhou, and Shenzhen. The centers offer instruction in both simplified and traditional characters. “In a sense, we both cooperate and compete with China in the area of Chinese-language education,” says CEO Ho, the son of the co-founder.

TLI has emphasized flexibility in its bid to grow globally, Ho says. “We don’t represent any government, and so we aren’t bound to one writing system or the other. Our goal is to help more people learn Chinese as a second language.”

Among official initiatives, MOE’s decade-long promotion of Chinese-language education in Vietnam has been especially successful. The program assigns Mandarin teachers from Taiwan to Vietnamese universities to promote the use of traditional Chinese characters. MOE offers subsidies for living expenses, airfare, and teaching materials. In 2015, the program placed 34 teachers in Vietnam, according to a July report on the MOFA website.

Notably, Taiwan’s TOCFL test is set to edge out China’s HSK in Vietnam’s Chinese language proficiency testing market. While more Vietnamese have historically taken the HSK, in 2014 and 2015, more took the TOCFL, according to the report. Overall, the TOCFL is used in more than 30 countries.

“Mandarin proficiency testing could eventually develop into an industry,” Aaron Chen, director of TECO Hanoi’s education division, was quoted as saying on MOFA’s website. “If the test grows to the point that the international community all uses it to evaluate Mandarin proficiency, it will become a kind of educational export.” 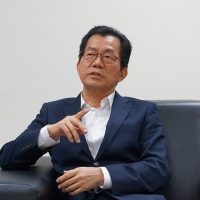 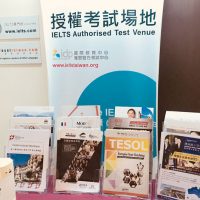 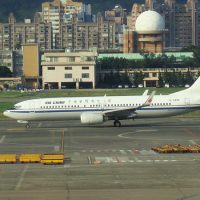