Among the seven industries targeted in the government’s “5+2 Industrial Innovation Program,” the one starting with the strongest foundation is smart machinery.

Overall machinery production value this year could break the NT$1 trillion (about US$33 billion) mark for the first time, says Stephen Su, General Director of the Industrial Economics and Knowledge Center (IEK) at Taiwan’s Industrial Technology Research Institute (ITRI). This year machinery exports rose 21.4% from January to September compared with the same period in the previous year, the Ministry of Finance reported, accelerated by global economic tailwinds.

As promising industries for development, the government’s “5+2” program also identifies green energy, defense, biotechnology, advanced agriculture, and a circular economy involving recycling. It also is promoting an “Asia Silicon Valley” project involving IoT and fostering start-ups. Su says these industries are still in their infancy and are yet to make an economic impact.

Industrial policies that aim to upgrade Taiwan’s economy and create higher GDP growth through fostering innovation have been part of Taiwan’s political landscape for years, and some of these initiatives have been tried before. Su notes that the smart machinery component of the “5+2” program is actually a continuation of the “Industry 4.0” program initiated by the former government of President Ma Ying-jeou, a main reason why it is flourishing.

However, the current Democratic Progressive Party government’s new twist has been to link each of the targeted seven industries to specific localities. For example, the smart machinery project is centered in Taichung, the heartland of Taiwan’s machine tool industry.

Su says this geographic specificity is a positive move. Previous central governments had excelled in creating good policy ideas, he says, but implementation on a local level was not always entirely effective. Giving local mayors a stake in each project means “the execution and the policy outcome will be much better,” says Su. A possible weakness, though, is that new industries may become too clustered in the one city. Also, key companies could already be headquartered elsewhere.

The government has made the most progress in the smart machinery initiative and the Asia Silicon Valley project, Su says. A venture capital fund called Taiwania Capital Management Corp., established by the National Development Council for the purposes of nurturing fledgling “5+2” companies, recently began operations, opening offices in both Taipei and California’s Silicon Valley in October. Taiwania will manage three funds – one supporting IoT ventures, one for biotechnology, and one for the remaining “5+2” industries, says Taiwania CEO David Weng, a former Software Engineering Director at Cisco Systems.

The IoT fund is scheduled to be the first to be finalized, hopefully in December, says Weng, who has worked as an angel investor in Silicon Valley for 20 years. Taiwania is aiming to raise NT$4 billion for the IoT fund, with 40% contributed by the National Development Fund (NDF) and the rest from local financial, tech, and insurance firms. Weng says he does not want to name specific companies involved in the fund and adds that while some foreign firms have shown interest, none is yet participating.

Essentially the Asia Silicon Valley initiative, guided by both NDC and MOST, involves experimenting with new technologies in the hope that one of them may become Taiwan’s next big international industry.

“We really want to encourage young entrepreneurs and give them a chance to take risks,” Weng says, adding that he hopes many of these start-ups can produce niche technology that cannot be duplicated anywhere else.

The NDF in March also approved an angel investor program to support innovative companies to the tune of NT$1 billion, to be used in conjunction with private-sector angel investors. In addition, the NDC in cooperation with MOST has invested over NT$25 million in 34 new promising companies, the NDC said in notes provided to Taiwan Business TOPICS.

Besides venture capital, the NDC also sees talent recruitment and international linkages as vital for success. Draft laws aimed at creating a favorable environment for foreign talent through easing regulations related to such matters as residence visas and taxation are moving through the legislature, while officials say they are also looking at ways to encourage Taiwanese talent to return home.

Officials say they are luring U.S. companies to set up shop in Taiwan. MOST Minister Chen in March traveled to Boston and Silicon Valley in search of linkages with biomedical companies, research institutes, and ICT firms. Microsoft last year inaugurated an IoT innovation center in Taiwan and the government will soon sign a cooperative agreement with Cisco Systems to set up a similar center.

The government is also working to make Taiwan’s hidebound legal system more receptive to start-ups. For example, a “regulatory sandbox” draft bill currently before the legislature would allow regulators to waive certain legal restrictions for emerging fintech companies for up to 18 months, giving them the freedom to experiment with innovative services.

A principal criticism of the Asia Silicon Valley initiative is that many Asian nations have similar projects and that the resulting competition might make it hard for Taiwan to attract global investment. Economists note that China in March announced plans for a “Greater Bay Area” initiative, also modeled on Silicon Valley, covering Hong Kong and southern China.

Other countries in the region ranging from India to Vietnam and the Philippines have youthful populations – considered a major plus – while Taiwan’s population is aging. Some analysts also question the decision to locate the project in Taoyuan, noting that bright, highly-educated young people, who are in short supply, would likely prefer to live in Taipei, which has both better facilities and more nightlife.

The biotechnology fund, to be announced sometime in the second half of next year, will also be roughly NT$4 billion in size, Weng says. Similar to the Asia Silicon Valley project, the government hopes that cultivating start-ups and innovation involving biomedicine may eventually produce something big. Various related draft laws have been submitted to the Legislative Yuan, for example a bill governing the establishment of a new National Center for Drug Evaluation. This step follows complaints from foreign-invested companies that the review process by the current Center for Drug Evaluation is too time-consuming.

In addition the Taiwan Stock Exchange and the Taipei Exchange in July launched a new biotechnology index to help improve tracking and management risks in the sector. Economist Tony Phoo of Standard Chartered Bank sees the index as a potential economic driver over the long run.

The green energy component of the “5+2” program involves a planned “green energy” park in Tainan’s Shalun district that would cultivate innovative technologies to help the government reach a goal of phasing out nuclear power and having renewables consist of 20% of Taiwan’s energy mix (up from a current 5%) by 2025.

A major thrust of the defense initiative, which economists regard as mainly driven by political concerns and the need for self-defense rather than economic motivations, has been an agreement inked between the Ministry of National Defense, the National Chung-Shan Institute of Science and Technology, and CSBC to build submarines within a decade. A budget of NT$2 billion reportedly has been earmarked for the initial design phase.

Regarding the circular economy project, which will be based in Kaoshiung, Su says the petrochemical industry is likely to play a key role, but that the initiative is unlikely to deliver economic fruits anytime soon. The advanced agriculture project involves plans to increase the proportion of farm products exported to emerging markets to 57%, and is tied to the government’s broader efforts to build economic connections with Southeast and South Asia.

Recently Taiwan Semiconductor Manufacturing Co. (TSMC) Chairman Morris Chang garnered considerable media attention by expressing reservations about the “5+2” plan, saying the government’s main responsibility should be to facilitate business by addressing major infrastructure issues such as supply of land, water, and electricity to help support important existing industries. Chang was quoted as saying that the government should not intervene in business by picking specific sectors for promotion.

Of the economists interviewed for this report, some agreed that the “5+2” plan goes too far in “picking winners and losers,” while others regard it as a worthwhile effort to inject more momentum into the economy and assure Taiwan’s future competitiveness. 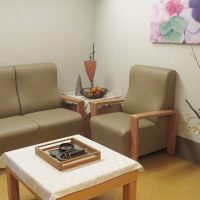 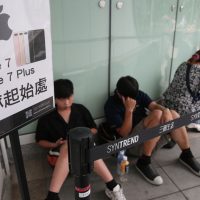 2017 Forecast: Is Taiwan on the Road to Recovery?