Of the 6,171 students in last year's graduating class at Taipei's Chinese Culture University, 67 were from mainland China. Photo: CNA

The conviction of a Chinese student for spying and allegations of self-censorship by universities are provoking heated debate about cross-Strait educational exchanges.

In September, a former Chinese student in Taiwan was convicted of spying for the People’s Republic of China and sentenced to 14 months in prison. Zhou Hongxu, a native of Liaoning Province, allegedly tried to recruit a Ministry of Foreign Affairs official to work for the Chinese government in exchange for payment of up to US$10,000 per quarter, according to a court document.

Zhou retracted his initial confession during the trial, insisting that investigators pressured him into making false statements.

Ma eased restrictions on Chinese students here in a bid to deepen cross-Strait exchanges and shore up flagging enrollment at the nation’s universities. Taiwan, with a population of just 23 million and one of the world’s lowest birth rates, has 157 universities.

From 2011 to 2016, the number of Chinese students in Taiwan grew 350% from roughly 12,000 to nearly 42,000, according to the Ministry of Education (MOE). Just over one-fourth of them have pursued degrees. The rest have come on short-term exchange programs.

Professor David Chou, director of a dual MBA program offered by National Taiwan Normal University and the University of South Carolina, has been impressed by the academic performance of the mainland Chinese students he has taught. “They’re proactive – hungry for knowledge,” he says.

The students’ proactiveness at times can get political. William Stanton, a professor at National Taiwan University and former director of the American Institute in Taiwan, has observed Chinese students defend official PRC government positions. “A lot of them do believe in the Chinese dream,” he says, referring to Chinese President Xi Jinping’s vision for national rejuvenation.

At a forum Stanton moderated in October about Xi’s reinvention of the Chinese Communist Party, a Chinese student from National Taiwan University spoke right on script. During the Q&A session, the student asked John Burns, a former University of Hong Kong professor and expert on elite Chinese politics, why Xi Jinping enjoyed such widespread support among the Chinese people. “I wonder if it is because of his economic or his diplomatic achievements?” she said.

China “has made tremendous advances” since the late 1970s, transforming from an impoverished and backwards country into a global economic powerhouse, Burns replied. “And here we see someone coming along articulating rejuvenation,” channeling patriotic sentiment. “I can see why that would be appealing,” he said.

It was impossible to know the real reason for the student’s query. Was she speaking on Beijing’s behalf or is she is just a staunch patriot?

Ross Feingold, senior advisor at consultancy DC International Advisory and a cross-Strait relations specialist, believes that Chinese security agencies likely use exchange students to gather intelligence about Taiwan. To mitigate that threat, he recommends that Taiwan “have robust protocols to vet applicants and their documentation such as school transcripts, and be aware of suspicious on-campus behavior.”

Skeptics of Taiwan welcoming Chinese students point to the government’s discovery earlier this year that half of Taiwan’s universities engaged in self-censorship to keep the gravy train flowing. A probe by the MOE found that 80 schools signed agreements with counterparts in China in which they promised that the courses the students attended wold not discuss sensitive political issues such as Taiwan’s status.

Taiwanese universities have argued that the documents were a formality and did not infringe on Taiwan’s academic freedom. For instance, National Chiao Tung University said that the purpose of the letter it signed was to expedite Chinese students passing review procedures in the PRC, according to a March report in the English-language Taipei Times.

China upped the ante in May, slashing the admissions quota for new Chinese undergraduate students in Taiwan in 2017-18 to 1,000 from 2,136 a year earlier. Observers said private universities would be hit hardest. Over four years, a Chinese student typically pays about US$15,000 in tuition and other fees to attend a private university, according to a May report in Hong Kong’s South China Morning Post. The most popular private universities have more than 100 Chinese students enrolled, the report said. If Beijing further cuts the admission quota, the schools could lose hundreds of thousands of dollars.

The Tsai Ing-wen administration has urged Beijing to refrain from limiting the number of Chinese students permitted to study in Taiwan. “The government’s policy of welcoming Chinese students remains unchanged,” the Mainland Affairs Council (MAC) said in a May statement. “Youth and student exchanges across the Taiwan Strait should not be restricted or interfered with in any way.”

The statement emphasized that studying in Taiwan offers Chinese students the opportunity to experience Taiwan’s open society. Exchanges between Chinese students and their Taiwanese counterparts “are a good chance for people on both sides of the Strait to better understand each other,” the MAC said.

DLC Advisory’s Feingold agrees, but says it is too early to say whether Chinese students studying here will be a net positive for Taiwan. “The students who studied in Taiwan are early in their working careers, and it will be years before they rise to senior positions in industry, government, or the Communist party and can influence China’s policies in ways beneficial to Taiwan,” he says.

Meanwhile, the immediate challenge for the Tsai administration is to resolve the shortfall in international students. To do so, it is looking to Southeast Asia and India in line with the government’s New Southbound Policy. In May, MOE announced an NT$1 billion New Southbound Talent Development Program that aims to increase the number of students from ASEAN and South Asia studying here to 58,000 by 2019.

Still, in the long run, Taiwan won’t be able to sustain all of its universities, says NTU’s Stanton. International students can fill spaces at national and top private universities, but Taiwan shouldn’t expect them to keep uncompetitive schools afloat, he says. “If there’s one thing Taiwan did wrong, it was expand universities,” he adds. “At some point, they’re just going to have to bite the bullet.” 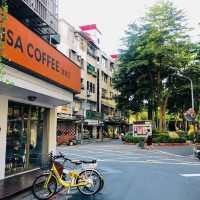 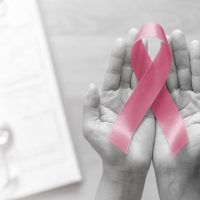