In order to develop Taiwan’s stock market into a world-class bourse, the Taiwan Stock Exchange Corp. (TWSE) has been making a concerted effort to encourage Taiwanese-invested companies abroad to return to Taiwan for share listing. The results so far have been very promising.

In 2008, the government began permitting foreign enterprises to carry out initial public offerings (IPOs) in Taiwan, and by the end of June this year 64 foreign enterprises had listed their shares on the Taiwan Stock Exchange, accounting for 7% of the total listings during that period. These enterprises were mostly Taiwanese-invested companies, including 55 operating in mainland China and six–due in part to the government’s New Southbound Policy–from Southeast Asia. Another two companies were from the United States.

The TWSE notes that major reasons for the appeal of the Taiwanese bourse for the Taiwanese-invested companies, which are mostly small- and medium-sized enterprises, are the relatively mature capital market, stable and transparent financial regulations, competitive criteria for share listing, high efficiency in conducting IPOs, and reasonable fund-raising cost. So far, foreign enterprises have raised funds from the local bourse equal to NT$150 billion, including NT$64 billion from IPOs.

To further expand the trading volume, which is critical for a healthy market, the TWSE is endeavoring to arouse the interest and boost the confidence of both foreign and domestic investors in Taiwanese stocks.

In May, for instance, Chairman Shih led a delegation consisting of representatives from more than 10 large and emerging enterprises to visit New York and London, where they held investors’ conferences for institutional investors to promote the investment value of Taiwanese stocks.

Also to increase the trading value, the Legislative Yuan in April passed a 50% reduction in the stock transaction tax for day trading, lowering the rate to 0.15%, effective for one year. “The tax cut has considerably expanded the trading value, in line with our expectation,” says Shih. Average daily trading value on the TWSE had topped NT$91.9 billion of the end of July, a significant increase from the NT$77.5 billion for the entire 2016, the lowest level since 2006.

Further, the Taiwan ETF market has seen enormous growth in the past three years. In addition to plain vanilla ETFs, investors can make profits or hedge through the trading of leveraged and inverse ETFs, and efficiently diversify investment risk and increase returns through the trading of futures ETFs with multiple assets such as gold or crude oil. Also, investing in ETFs tracking foreign markets can fulfill investors’ needs of asset allocation in multi-markets.

TWSE has been encouraging institutional investors to invest in ETFs tracking the Taiwan market through the dollar cost averaging investment method, aiming to enhance the efficiency of fund operations and attract more funds to invest in Taiwan. Furthermore, the Taiwan Index Plus Corp. (TIP), a 100%-owned subsidiary of TWSE, is actively developing new indices that are suitable to be tracked by ETFs. Chairman Shih notes that TIP is developing a high-tech index, covering constituents from Taiwan and Korea, in cooperation with the Korea Exchange (KRX). The index is scheduled to be launched in September, and will include blue-chip corporations, such as TSMC and Samsung, as constituents.

In order to boost the transparency of corporate information, a key element in corporate governance, the TWSE announced in March this year that listed companies should hold an institutional investors’ conference at least once a year, instead of once every three years as before. “It’s mandatory for local listed companies to disclose information on their major happenings immediately, making it very difficult for international short sellers to ‘raise winds and waves’ here,” Shih points out.

Similarly, next year it will become mandatory for all listed companies to embrace e-voting for items on the agenda of shareholders’ meetings. The aim is to encourage more participation among shareholders, including those who could not attend the meetings in person, regarding major corporate issues. A total of 1,141 listed companies on both the main board and the over-the-counter market have already adopted this measure.

Meanwhile, the TWSE has been spearheading the application of technology in stock trading in the interest of augmenting both efficiency and security.

Currently the TWSE’s priority task is to launch a continuous trading mechanism, replacing the existing call-auction mechanism. The new mechanism would enable the immediate matching of buying and selling orders for the same stock, instead of the existing practice of continuous call-auction aggregate matching every five seconds of bunches of buying and selling orders, with priority determined by price offers. The new mechanism will provide higher efficiency, higher market fluidity, greater transparency and continuity, and expandability to cover commission of more types of orders – all reasons the practice has been embraced by major bourses worldwide, including those in New York, London, Tokyo, Hong Kong and Singapore.

In addition, the TWSE will kick off co-location service by the end of the year, allowing securities firms and market information companies to install computer systems in a common space provided by the TWSE, for direct connection with the TWSE’s trading mainframe, thereby greatly boosting network transmission efficiency.

“Our goal is to raise the local bourse to a level, in terms of governance and efficiency, rivaling major international markets such as New York and London,” states Shih. “Stock markets are typical of the platform economy. We offer plentiful quality investment opportunities, so as to arouse investors’ interest and confidence in participating in the market.” 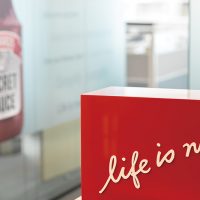 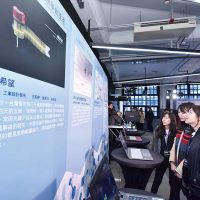 Cultivating Innovation in the Next Generation 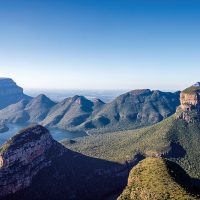