Taiwan impressed the world with its successful hosting of the 2017 Summer Universiade, the foremost global university athletics event, from August 19 to 30. Featuring 7,639 athletes from 145 nations competing in 271 events and 21 sports, the 2017 Summer Universiade was held at venues throughout Taiwan but centered in Taipei City. At the end of the events, Japan led the tally in both gold medals and total medals won, at 37 and 101 respectively. Taiwan, competing as Chinese Taipei, came in third for gold medals, with 30, just behind South Korea, and third for total medals as well, with 90, just behind Russia. Chinese Taipei athletes broke several records, including Cheng Chao-tsun’s Asian record-breaking javelin throw of 91.36 meters and weightlifter Kuo Hsin-chun’s 142-kilogram clean-and-jerk, a record in the women’s 58-kg class.

The Universiade saw few problems in its daily operations, although the opening ceremonies were marred by anti-government protestors who blocked athletes from entering the Taipei Municipal Stadium.

Human error involved in the replacement of equipment at the Tatan power plant by state-owned CPC Corp. and its supplier forced Taiwan’s largest gas-fired power plant to shut down, causing a massive power outage that impacted more than half of the nation’s 13 million power users on August 15. The incident occurred during a heat wave in which the Taiwan Power Co. was struggling to keep the lights on amid ever-shrinking reserve margins. The outage lasted for five hours and caused at least US$3 million in damages as over 150 companies, including Hon Hai Precision Industry Co., Quanta Computer Inc., Siliconware Precision Industries Co. (SPIL), and Advanced Semiconductor Engineering Inc. (ASE) all experienced power outages. Both Minister of Economic Affairs Lee Chih-kung and Chen Chin-te, the chairman of gas supplier CPC Corp., resigned to take responsibility for the mishap. The power outage has reignited debate over Taiwan’s energy policy, with former Premier Lin Chuan suggesting that nuclear power plants that are currently shutdown could be brought back online if needed.

Taiwan first domestically developed satellite was successfully launched into orbit on August 25 from Vandenberg Air Force Base in California at 2:51 a.m. Taiwan time aboard a Space Exploration Technologies Corp. (SpaceX) Falcon 9 rocket. Developed by Taiwan’s National Space Organization (NSPO) over six years at a cost of NT$5.65 billion (US$186.8 million at the current exchange rate), the Formosat-5 replaces the decommissioned Formosat-2. The satellite first communicated with a ground station in Norway about 83 minutes into its flight and a ground station in Jongli District of Taoyuan at 11:10 a.m. Encircling the earth from an altitude of 720 kilometers, the satellite over its five-year mission will collect data for disaster evaluation, national security, and scientific research. The Formosat-2 was considered a vital eye-in-the-sky helping evaluate and coordinate disaster relief during Hurricane Katrina in the United States in 2005, the 2008 Sichuan earthquake in China, and Typhoon Morakot in Taiwan in 2009. With higher resolution cameras and smart technologies, the Formosat-5 is expected to perform even better. 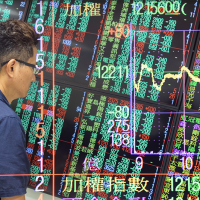