On the morning of July 28, Wei Ying-chung, former chairman of Wei Chuan Foods Corp., reported to the Taipei Prosecutors Office to begin a two-year prison sentence for his involvement in the 2013 edible-oil scandal that dealt a fatal blow to his company, once one of Taiwan’s leading foodstuff manufacturers.

In late April, the appellate Intellectual Property Court upheld Wei’s conviction for having instructed employees of Ting Hsin Oil and Fat Industrial Co., a Wei Chuan affiliate of which Wei also served as chairman, to raise the share of palm oil in blended oil to 97%, leaving only 3% for soybean oil, in order to slash production costs. In finding Wei guilty of false labeling and fraud, the court noted that long-term excessive intake of palm oil, with its high content of fatty acid, may lead to clogged arteries. The court also confiscated NT$32.9 million in gains by Wei Chuan from the illicit business.

The case was the most prominent in a series of food-safety scandals that occurred in 2013-2014, sending shockwaves throughout the society. Another major case, which came to light in October 2013, involved the addition by the Tatung Chang Chi Food Co. of copper chlorophyll to what it claimed was premium 100% pure olive oil imported from Spain. In fact, half the content of the product consisted of other inferior oils. Kao Chen-li, then chairman of the company, is now serving a 12-year prison term and the company was fined NT$38 million.

The harshest verdict in a food-safety case so far was brought by the Kaohsiung branch of the Taiwan High Court, which in August 2016 sentenced two executives of the Chiangguan Co. – former chairman Yeh Hsiang-wen and former vice general manager Tai Chi-chuan – to imprisonment of 22 years and 18 years respectively (based on multiple convictions). In addition, the court confiscated NT$81.5 million in illegal gains and fined the company NT$120 million. Then a leading producer of pork oil, Chiangguan was accused of blending inferior oils such as pigskin oil, chicken oil, fish oil, and feed oil into its product before selling as pure pork oil. The case is still pending a ruling on the defendants’ final appeal.

In another key case, the Tainan district court in June 2016 sentenced Wu Jung-he, chairman of the Hsinhao Co., to six years and six months of imprisonment for fraud and violation of the Act Governing Food Safety and Sanitation. The sentence also included confiscation of the company’s NT$13.4 million in illegal gains and a fine of NT$5 million. Wu was accused of importing 1,400 metric tons of feed oil from Vietnam and Hong Kong between 2012 and 2014 for sale to the Cheng I Co., another subsidiary of Wei Chuan, for refining before being marketed as edible pig oil.

In response to the wave of scandals, the Legislative Yuan in June 2014 revised the Act Governing Food Safety and Sanitation to substantially increase the penalties for incorporating unapproved additives or engaging in illicit blending or false labeling of food products. The law now calls for punishments of up to seven years’ imprisonment, plus a maximum fine of NT$80 million, per violation. Before the law was amended, many food-safety offenders had to be tried on charges of fraud, which carry much lighter penalties.

In addition, the amendment removed the condition that violations must involve “causing harm to human health.” But when a health risk is suspected, the burden of proof is now on the manufacturer to show that the product is safe for consumption.

In December 2016, for instance, the Taiwan High Court’s Taichung branch reversed a district court verdict acquitting Tatung Chang Chi Food of the charge of damaging the brand of its customer, the Taiwan Sugar Corp., through its addition of copper chlorophyll to the olive oil sold to Taisugar. The lower court’s rationale was that Taisugar could not prove that the addition posed a health hazard, but the High Court ruled that regardless of the health-risk issue, Tatung Chang Chi should compensate Taisugar NT$11 million for injuring its brand value. 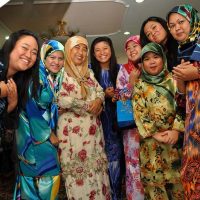 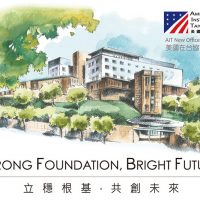 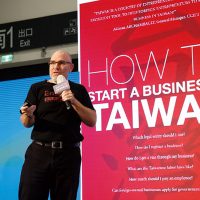 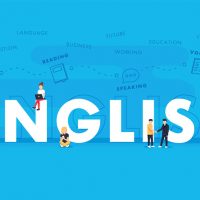