PUBLIC EDUCATION — The National Policy Agency has run a number of programs designed to help citizens understand how to protect themselves against telecom swindlers. Photo: National Police Agency

It’s a story that has become all too common.

On July 17, Taiwan’s Ministry of Foreign Affairs announced that Cambodia had arrested seven Taiwanese nationals after busting up a telecom fraud ring following a tip-off from China. A ministry spokeswoman said she hoped Cambodia would return the suspects to Taiwan, rather than sending them to China as it had done with 13 other Taiwanese suspects in 2016.

Taiwan’s government views the extradition of its citizens from third-party countries to China as a form of abduction, but has little leverage to prevent it from happening, especially in countries such as Cambodia that have diplomatic relations with Beijing, scant even unofficial ties with Taiwan, and are heavily dependent upon China for trade and investment.

Chan Chih-wen, research fellow at the anti-fraud command center of the National Police Agency’s Criminal Investigation Bureau, says that in the past Taiwanese nationals suspected of engaging in telecom fraud in other countries had been returned directly to Taiwan.

That changed in April last year, after the Kenyan government broke up a telecom fraud ring and extradited more than 70 suspects, including 44 Taiwanese, to China. Taiwan protested the move, to no avail. This June, more than a year later, all suspects in the case pleaded guilty to being part of a Kenya-based ring accused of cheating 185 Chinese citizens out of a total of US$4.3 million.

Chan said he would not speculate on Beijing’s motivation for changing its approach to such cases last year, but the timing – one month before Tsai Ing-wen assumed the presidency, at a time when China was demanding that her inauguration address affirm the so-called 1992 consensus on the existence of one China – suggests a possible political angle.

“We don’t deal with politics,” Chan says. “We deal with crimes.” And there are plenty of crimes to keep him and his colleagues busy. In Taiwan alone, an estimated 9,000 cases of telecom fraud are reported to Taiwan’s police every year, he says, adding that there is no way to accurately estimate the number of fraud rings abroad involving Taiwanese.

Cross-strait politics aside, one of China’s reasons for demanding extradition of Taiwanese suspects to the PRC is that it says Taiwan’s criminal courts are too lenient in prosecuting and sentencing fraud suspects. Prison sentences in Taiwan, when handed down, typically range from one to seven years, Chan says, whereas in China’s criminal justice system – which has a nearly 100% conviction rate – sentences are usually eight to 12 years. The length of the sentence tends to depend upon the amount of money and number of calls in the case, he notes.

Wang Ji, a senior officer at the anti-fraud command center, characterizes the accusations against Taiwan’s courts as unwarranted. Taiwanese criminal courts have a burden of proof that is much higher than in some other countries, he explains. In collecting information about the scammers, other countries may not treat evidence in a way that holds up in Taiwan’s legal system, he adds.

Wang is blunt about the fate of Taiwanese suspects extradited to China: “They’re not coming back.”

How does it work?

Telecom fraud has a simple basic structure: a call center fishes for likely victims and then uses a script to talk people on the other end of the line into paying money. Call centers aimed at Taiwanese victims tend to be based in China, while those aimed at Chinese victims may be located in Taiwan or other countries.

Scripts can vary from the simple to the complex. “One of the simplest scripts is ‘Guess who this is?,’” Chan says, with the caller pretending to be someone that has finally reconnected with the potential victim after being out of contact for a long time. The caller asks the person at the other end to guess who they are, and if the potential victim falls for it and offers a name, the caller attempts to pose as that person. After some chatting, the caller may mention an investment opportunity or that he is in need of a quick loan, with the ultimate goal of a money transfer to an account outside the country.

Calling up elderly people, especially those living alone, and posing as a relative who has been injured while on holiday abroad, or as someone who is helping that relative, is another script.

Scripts involving fake kidnappings in which a ransom is immediately required are also common. The ransom amounts tend to run between NT$10,000 and $80,000. Such amounts are much lower than the typical ransom demanded by real kidnappers, Wang says, for a simple reason: “If the scammers ask for too much money, the potential victim will likely contact the police.”

On the more sophisticated end of the spectrum are scams that involve third-party hackers who take advantage of the boom in online purchases. They hack and then sell information about recent purchases to call centers, which then use that information to trick their victims.

One script that Chan cited involves a scammer at a call center using hacked purchase data to call someone who has just bought a mobile phone online. The scammer calls the intended victim posing as an employee of the company that would be processing the payment and says that there is an error in the payment process in which the buyer accidentally indicated that they would like to pay in installments and will be overcharged.

If the pitch is successful, the scammer instructs the person to go to an ATM, where they are instructed that they’ll need to use the English interface to cancel the installment plan. If the person is not proficient in English and takes the bait, the scammer instructs them to make a cash transfer to their bank account, providing a “password” that is actually a number to be entered into the transfer amount field. For a NT$20,000 transfer, it might be a figure such as 19985, Chan says.

A recipe for fraud

Overseas telecom fraud call centers involving Taiwanese are intentionally complex and opaque, Wang says. They can be funded by shareholders, or by unwitting people who provide scammers with a loan that they believe will be used for another purpose.

Those who end up working in these call centers tend to be young men who find themselves in debt or are unable to find other employment. They may also be drug addicts who cannot afford to pay for their habit, Chan says.

Recruitment is usually done under wraps. “This is a very low-key industry,” Chan says. “You can’t just place an advertisement saying you’re in search of phone scammers.”

Another key ingredient in a successful call center is choosing the location. Those who know what they’re doing, says Wang, have a sophisticated understanding of the jurisdiction and the local legal environment. “Take for Japan, for example,” he says. “They have strict privacy laws with regards to telecommunications. If you want to track an IP address, you have to first obtain court permission. These people are very clever and know what they’re doing.”

Chan says that scam outfits choose countries such as Kenya or Spain because they are far away and may not have a history of being used as bases for telecom fraud. “Once a fraud ring gets busted up in one of these countries, the people behind call centers are likely to switch to other countries,” he says. Southeast Asian countries such as Cambodia and Malaysia are chosen for geographical and cultural proximity, which translates to lower costs and easier recruitment compared to more far-flung locations.

However, assembling a call center with capable scammers in a relatively safe location will still lead to failure if the person on the receiving end of the line is aware of the tactics used by fraudsters, Chan notes. “In the past, we have traditionally focused on discovery and prosecution of organizations involved in telecom fraud. But now we’re putting more effort into prevention, into making the average citizen more aware of this problem.” This new approach is in its early stages and time will be needed to raise general awareness, Chan says, but a variety of initiatives has already been launched, including a Facebook fan page for the anti-fraud command center and an anti-fraud app.

Perhaps more likely to yield results is his unit’s cooperation with online shopping platforms, in which consumers are educated at the point of purchase regarding the risks of their purchase data being used to trick them later.

“Scamming is like fishing” Chan says, and the greater a person’s ability to recognize a baited hook, the less likely they are to become a scammer’s lunch. 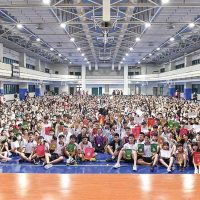 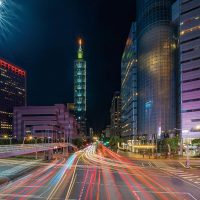 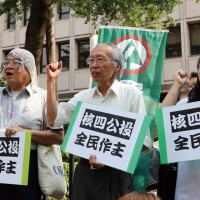