Should the current target-expenditure system be extended?

When the Taiwan government five years ago was working on how to revamp the National Health Insurance (NHI) program to help ensure its long-term sustainability, one of the new measures it adopted was a suggestion from the pharmaceutical industry that had been broached in AmCham Taipei’s 2010 Taiwan White Paper. The idea was to create an annual Drug Expenditure Target (DET), with the drug industry agreeing to take financial responsibility for any excess above that amount. The mechanism was incorporated on a pilot basis into the Second Generation NHI system that took effect at the beginning of 2013.

For the National Health Insurance Administration (NHIA), the DET system provides a way to help relieve budgetary pressures by managing costs. For industry, DET brings the advantage of greater stability and predictability, enabling companies to better plan their business growth for the coming year.

Previously, the health authorities every two years conducted a Price Volume Survey (PVS) to determine the actual transaction amounts, after discount, that hospitals and clinics paid to pharmaceutical suppliers. Those figures would then be compared with the reimbursement prices that the healthcare providers received from the government.

Based on the PVS results, the government would proceed to carry out substantial price cuts on a broad range of drugs, causing considerable volatility and uncertainty in the market. Under DET, the scope of the price cuts is much more limited – restricted to making up the difference between the targeted and overall actual expenditures during the past year.

The Ministry of Health and Welfare is due to decide soon whether to continue the DET program, and if so, whether to continue its pilot status or incorporate it permanently into the NHI system. Supporting the position of the International Research-based Pharmaceutical Manufacturers Association (IRPMA), AmCham Taipei’s Pharmaceutical Committee advocates continuation of DET while maintaining its pilot status so as to repair some existing shortcomings.

A major current problem derives from the way in which system defines “patented” drugs, which are eligible for a “reasonable zone” for discounts of up to 15% without facing a downward price adjustment as part of the clawback when the DET target is exceeded. Oddly, however, this concession is not granted to all drugs under patent in Taiwan – only to those covered by compound patents (including combination drugs with valid chemical compound patents). This practice discriminates against products holding other forms of patents – such as use, indication, and process patents – that are recognized by the Taiwan Intellectual Property Office (TIPO).

New biological drugs that hold only process patents are seriously impacted by this policy, which relegates them to a category enjoying only a 5% reasonable zone. Similarly, new medicines without a compound patent or those that have just gone off-patent may face substantial price erosion to the extent that the product risks being withdrawn from the market. Since no generic may yet be available, the result could be highly disadvantageous to patients.

The Pharmaceutical Committee urges that these drawbacks be corrected before DET is made permanent. 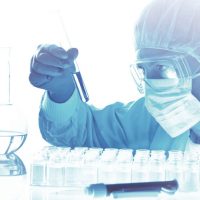 The special visa program for high-level foreign professionals has become all the more appealing in light of Taiwan’s deft handling of the COVID-19 pandemic, yet...