The budget for the Tsai administration’s US$3.29 billion first phase of a major infrastructure project passed an initial reading in Taiwan’s parliament this week.

The passage of the legislation for the so-called “forward-looking infrastructure plan” was marred by physical clashes in the Legislative Yuan as opposition Kuomintang lawmakers tried to block the bill.
According to Central News Agency, the plan will initially see a four-year spend of: NT$17 billion (US$558 million) on rail transportation construction, NT$25 billion on improving the local water environment, NT$8 billion on green energy development, NT$16 billion on digital development, and NT$35 billion on urban and rural development.

The full project has a total budget of NT$840 billion (US$27.5 billion) to be spent over eight years.

Reporters Without Borders, also known as Reporters sans frontières (RSF), has marked the opening of its first Asia bureau in Taiwan this week. The global press freedom watchdog will use the Taipei bureau to focus on issues across China, Hong Kong, Taiwan, Japan, North Korea, South Korea and Mongolia.

Taiwan’s first domestically-developed satellite is nearing launch. Provisions began this week for the Formosat-5 to be delivered to its launch site in the U.S. ahead of a planned launch on Aug. 25. Central News Agency reports that the Hsinchu-based National Space Organization took six years to develop the satellite at a cost of NT$5.7 billion (US$191.52 million). The agency says the satellite will run a five-year observation mission for scientific research. 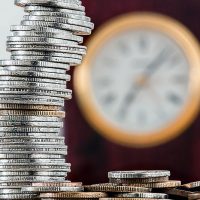