An introduction to routes to almost all parts of the island.

Taiwan has more than 41,400 kilometers of freeways, expressways, highways, and urban and local roads. Despite the popularity of cars (ownership reached 322 vehicles per 1,000 people in 2014) and especially motorcycles (676 per 1,000 residents), much of Taiwan is served by regular public buses. For visitors and expatriates who find local driving styles unnerving, or who lack confidence when it comes to navigation, the bus network offers dozens of interesting options.

On commuter routes in Greater Taipei, buses do get crowded. Elsewhere, the chances you can snag a window seat to better enjoy the views are usually excellent. Each year, more and more buses display their destination in English as well as Chinese. All buses are air-conditioned; the prohibition on eating and drinking while aboard city buses in Taipei, Kaohsiung, and some other places does not apply on long-distance services. However, on some routes – notably the 6506 and 6739 – the vehicles are too small to have onboard restrooms. The 6506 also has the most expensive fare of the routes described in this article – NT$564 if you stay on from beginning to end.

It is possible to travel by bus from within 700 meters of Fugui Cape, Taiwan’s northernmost point, to 1 kilometer or so from the monument that marks the island’s southernmost point, near Eluanbi Lighthouse in Kenting National Park. With a bit of luck, the trip can be done in under nine hours with just three transfers.

North-south travel is a cinch, but those who hope to take a bus between Taiwan’s western plains and the east coast have very few options. On the western side of the Northern Cross-Island Highway (Highway 7), buses only go as far as Lower Baling. Each day, there are three services from Daxi, one from Taoyuan, and one from Zhongli. On the eastern side, Yilan-Lishan buses (two services per day in either direction) stop at Baitao Bridge, the intersection of Highway 7 and Highway 7甲. The distance between Baling and Baitao Bridge is just over 39 kilometers, so walking from one to the other is hardly feasible, even though the scenery is excellent.

Until 1999’s 9-21 earthquake, buses plied the length of the Central Cross-Island Highway, from downtown Taichung to Lishan and through Taroko Gorge, terminating in Hualien City. The road has since been reopened – but only to private vehicles driven by residents of Lishan, and they are allowed to use it only at certain times each day.

Before Typhoon Morakot wrecked the road in the summer of 2009, a daily bus carried hikers from Tainan to Tianchi on the Southern Cross-Island Highway. From there, some walked or hitchhiked the 25 kilometers to the aboriginal community of Lidao, where they either stayed the night or boarded a bus to Taitung City.

Despite these natural disasters, visitors who have no interest in driving a rental car or hiring a car and driver can still enjoy Taiwan’s glorious alpine scenery. Parts of Yangmingshan, Shei-Pa, Taroko, and Yushan national parks can be reached by bus, as can Taiwan’s most famous high-altitude resort, Alishan.

Several buses serve Yangmingshan, but there is one route which this writer has recommended again and again over the years – the 1717 to Jinshan on the northern coast. It can be boarded at Taipei Main Station, Taipei Fine Arts Museum, Jiantan MRT Station, and several other points, and there are 14 services per day, the first departing at 6 a.m.

Beyond the Chinese Culture University, the 1717 stops at Zhuzihu, the venue of the springtime Calla Lily Festival. From the bus stop, it is less than 150 meters to the Ponlai Rice Field Story House (竹子湖蓬萊 米原種田故事館), an important location in Taiwan’s food history. This is where, after years of effort, scientists working for the Japanese colonial authorities finally succeeded in creating strains of japonica rice (penglai mi, often spelled Ponlai) which both thrived in Taiwan’s climate and satisfied Japanese consumers. Ponlai still dominates Taiwan’s rice output, and is one of the ingredients in Taiwan Beer.

Many sightseers get off for a stop at Xiaoyoukeng, where a steam-belching fumarole looking somewhat like a sinkhole comes into view, as do boulders bearing strange yellow-green stains. Long before Han people began settling in the Taipei area, the sulfur bubbling to the surface here was collected by local aborigines for sale to seafaring Chinese merchants.

This bus can also be used to reach Tien Lai Spa and Resort, Calla Young Garden Resort, and some other places to soak and stay. If you remain aboard until Jinshan itself, and have never before explored the town, at a minimum stroll along Jinbaoli Old Street. Vendors set up tables outside picturesque prewar houses, and sell a range of traditional comestibles.

Jinshan has its own hot springs, and perhaps the most characterful establishment is Governor-General’s Hot Spring. Built in 1939 at the behest of the Japanese colonial authorities, for much of the postwar period it served as an army outpost. There are indoor and outdoor pools as well as private rooms.

Rather than return to Taipei the same way, consider boarding bus 862 or 863 to Tamsui. This can take as long as an hour and a half, depending on traffic, but the journey brings you past little fishing harbors and rugged scenery reminiscent of Ireland’s west coast. To get home more quickly, take 862 to Keelung, then a train.

If you are more interested in the northeast than the northwest, the Golden Fulong Taiwan Tourist Shuttle offers exceptional value for money, a one-day unlimited travel pass costing just NT$50. For a timetable and other information, see Golden Fulong Shuttle Bus.  Details of Taiwan Tourist Shuttle routes in other parts of the country, including the outlying islands can be found on the website.

The most accessible part of Shei-Pa National Park is Wuling Farm, known to outdoor types as the launchpad for hikes up Snow Mountain, Taiwan’s second-highest peak, and along the multi-day high-altitude trail dubbed “the Holy Ridge.” Even though it takes almost three hours to reach Wuling from Yilan on bus 1751 (two departures per day), many travelers feel the valley’s arboreal splendor makes the journey more than worthwhile. The apple, pear, and peach orchards have been scaled back for environmental reasons, but the red and green maples, Chinese cork oaks, sweet-gums, Formosan alders, and walnut trees are as gorgeous as ever.

Bus 1751 continues on to Lishan. This fruit-growing area, once a popular stop for those driving the length of the Central Cross-Island Highway, has felt somewhat stranded ever since the highway’s Lishan–Guguan section was closed to most traffic. But as far as bus fanatics are concerned, the 9-21 Earthquake was a cloud with a silver lining, as the authorities were forced to establish an alternative bus route utilizing the highest stretch of public road on the island. Near Hehuanshan, Highway 14 甲 crests at 3,275 meters above sea level, and once a day bus 6506 ascends from the south, then turns left at Dayuling and follows Highway 8 to Lishan.

Service 6506 sets out from Fengyuan in Greater Taichung at 9:10 a.m. It follows Highway 8 through Dongshi, then Highway 21 before stopping for a bathroom break at Puli at around 10:30 a.m. Because Puli is so well served by buses from the Taichung High Speed Rail Station and Sun Moon Lake, quite a few tourists board here, but not all stay on as far as Lishan. Some go no further than Qingjing Farm, after which the road enters Taroko National Park. A few disembark at Dayuling (which some claim has the highest tea farms in the entire world) and take in the mountain air for around three hours before flagging down bus 1141. This service departs Lishan at 3 p.m., gets to Dayuling nearly an hour later, and then proceeds through Taroko Gorge and into Hualien City. Unfortunately for those eager to see the scenery, it is almost 6 p.m. – and usually getting gloomy – when the bus reaches the most spectacular section of the gorge. Overnighting in Tianxiang is always a good idea.

Since the demise of the Southern Cross-Island Highway, the only part of Yushan National Park reachable by public bus is Tataka, which is also where hikers hoping to conquer Taiwan’s tallest mountain enter the restricted-permit zone. Service 6739 links Alishan and Sun Moon via Tataka. From Alishan to Tataka, the highway is numbered 18; from Tataka to the lake it is 21; an alternative official name is the New Central Cross-Island Highway. While this road – much of which is over 2,000 meters above sea level – does not actually cross the island, the vistas are magnificent. Keep your eyes open for Formosan macaques dawdling by the roadside. If conditions are misty, you may well see a rare endemic Mikado pheasant on or right beside the tarmac.

Since April 10 this year, travelers hoping to ride the 6739 have been required to book their seats in advance. Those planning to get on the bus that leaves Sun Moon Lake at 8 a.m. are required to make reservations the previous day. Those hoping to get on the 9 a.m. bus must do so at least 30 minutes before departure. (Bookings can be made up to 30 days in advance.) The 30-minute rule also applies to both services in the opposite direction; these leave Alishan at 1 p.m. and 2 p.m. Bookings can be made online, but to find the form you will need someone who reads Chinese; foreign tourists may find it simpler to book in person through the visitor information centers in Sun Moon Lake or Alishan.

This service has been suspended more than once following typhoon damage to the road. Before building an itinerary around this route, you’d better double-check by calling the tourist information line at 0800- 011-765 (toll-free within Taiwan).

East Taiwan’s rail line follows an inland route, and each day only two buses leave Hualien City and go all the way to Taitung City, a journey that takes a bit over four hours. However, enjoying the highlights of Highway 11 by bus is quite feasible, as several daily services go as far south as Jingpu or Chenggong.

The service to Jingpu is bus 1140, with eight departures a day for the two-hour trip. Jingpu is within walking distance of Changhongqiao, the landmark “long red bridge” across the Xiuguluan River. At the visitor information center here, you can read up on local history and ecology.

Tourists making the three-hour trip to Chenggong on bus 1145 from Hualien (nine departures daily, all of which stop at Jingpu) or the 8105 from Jingpu (four departures each day) may want to get off just before the terminal stop so they can tour the photogenic rock formations at Sanxiantai. This bus also stops at Baxian Caves, a prehistoric site of considerable interest. Humans may have inhabited these caves as long as 25,000 years ago, according to archaeological evidence such as stone tools, animal and fish bones, and rubbing sticks used to start fires. Central Chenggong is one of the best places on Highway 11 to seek lunch, and southward services include the 8120 to Taitung City and the 8125 to Donghe.

For travelers intimidated by Chinese language bus schedules and monolingual station staff, the government-backed Taiwan Tour Bus system has several attractive options. More than 100 different excursions are available, and for each one the price (typically NT$1,500 per person; most tours last a whole day) includes not only transportation and the services of an English- or Japanese-speaking guide, but also admission charges, insurance, and lunch. Full details, including where buses can be boarded and how reservations (which are essential) can be made at Taiwan Tour Bus. 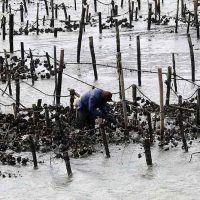 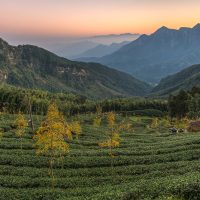 Exploring the World of Taiwanese Tea