Taiwan’s Ministry of Health and Welfare (MOHW) has set a target of reducing the mortality rate and premature death rate from cancer by 25% by 2020, in line with World Health Organization objectives. In its position paper in the recently released 2017 Taiwan White Paper of the American Chamber of Commerce in Taipei, the Chamber’s Public Health Committee refers to the importance of that goal in light of the huge economic impact caused by cancer in decreasing victims’ lifespan and ability to work. A 2015 study estimated the annual economic loss in Taiwan due to cancer – not counting direct medical costs – at around NT$21.8 billion (about US$715 million).

The Committee notes, however, that meeting the Ministry’s goal will require increased investment in cancer prevention and treatment, including the promotion of frequent screening and in making innovative oncology drugs available. It urges the government to take advantage of the current financial surplus enjoyed by the National Health Insurance (NHI) system to increase the budget and other resources devoted to fighting cancer.

Currently many cancer drugs are not covered by NHI, leading to a steady increase in the proportion of self-payment. This trend has placed a heavy burden on cancer patients, forcing them to pay more out of pocket as they search for better treatments and improved chances of survival.

“We suggest that MOHW review the current level of NHI reimbursement for cancer treatment and reallocate resources to cover new technologies and treatments so as to help patients return to normal lives,” the Committee’s position paper says.

Another issue raised in the paper is the need to stabilize the financial sources supporting the national vaccine fund. Since the fund’s establishment in 2010, 46% of the financing has come from the government budget, while up to 53% is derived from a surcharge imposed on tobacco sales. However, the amount of revenue generated from the tobacco surcharge is not stable and has even been steadily decreasing in recent years, resulting in a deficit of NT$320 million in 2016 and a predicted NT$400 million deficit for 2017.

The instability in funding has hindered the implementation of several new vaccination programs, including initiatives targeted at children and the elderly. The Public Health Committee recommends that the government stabilize the Taiwan vaccine fund by making the fund completely dependent on the government budget. The Committee regards this step as both a public health priority and a high-value investment with the potential to drive social development and economic growth. 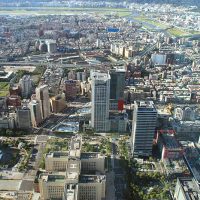 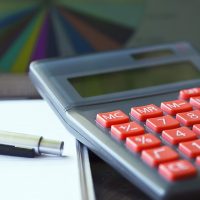