Emirates, the Middle East’s largest airline, is facing fierce criticism after it reportedly banned cabin crew from wearing the Taiwan flag on their uniforms due to pressure from China, AFP reports.

The Emirates cabin crew wears pins of their national flag on their uniforms, but a leaked internal email from an Emirates manager, ordered Taiwanese airline staff to replace the island-nation’s flag pin with a Chinese one.

“We have been instructed by the Chinese Government that with immediate effect, Emirates airline cabin crew are to follow the One China policy,” the email reads.

Taiwanese Emirates employees and social media users were outraged by the move. Netizens took to Emirates’ Facebook page, flooding it with the Taiwanese flag in comments.

Taiwan is not seeking confrontation with China over its New Southbound Policy, Premier Lin Chuan reiterated this week.

The project is aimed at reducing Taiwan’s economic reliance on China by pivoting business and trade relations toward Southeast Asian countries.

However, Taiwan will not only maintain a close economic relationship with China, but will also with other countries, Lin said during a speech at a business event.

Taoyuan Mayor Cheng Wen-tsan said that Taiwanese investors are facing a dilemma when they do business in China, as they are sandwiched between business needs and political risks, CNA reports.

President Tsai Ing-wen said this week that United States’ arms sales to Taiwan have not just been in the interest of Taiwan but also have benefited the U.S. and other like-minded countries.

Tsai made the remarks after hosting a group of U.S. senators, including Republican Cory Gardner, chairman of the Senate’s Foreign Relations Subcommittee on East Asia and the Pacific, CNA reports.

Tsai said Taiwan hopes to progress a bilateral trade and investment agreement with the U.S.

Gardner told Tsai that he will reaffirm the Taiwan Relations Act as part of a proposed Asia Reassurance Initiative Act (ARIA). 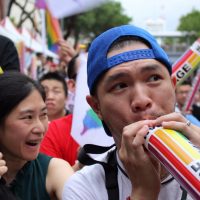 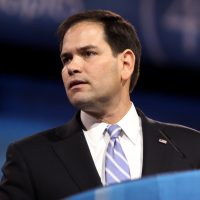