While much of the 5+2 Innovative Industrial plan remains controversial, two sectors have gained support from both major political parties: smart machinery and Asia·Silicon Valley. Smart machines mean manufacturing equipment that is intelligent, self-learning, and can communicate with other machines and human operators, transmitting data in real time. These advanced technologies are finding applications in almost every industry.

The smart machines program aims to leverage Taiwan’s strengths in IT and machine-making to gain a larger share of the burgeoning Industry 4.0 sector. Also called “the Fourth Industrial Revolution,” Industry 4.0 refers to the rapidly advancing radical automation that is seeing smart machines swiftly replace human workers across a swathe of industries. The global market for smart machinery stood at US$7.4 billion in 2016, and is expected to grow 15% annually to reach US$15 billion by 2021. After that, it will grow even faster, reaching US$40 billion by 2026, according to a study by analytics firm BCC Research.

Smart machinery is a good bet for Taiwan because “it plays off our strengths. We are good at computer technology and related production so we can bring this knowledge into the machines,” says Chu-chia “Steve” Lin, an economics professor at National Chengchi University and researcher at the KMT-affiliated National Policy Foundation. Integrating Taiwan’s developing Internet of Things (IoT) technology, including sensor and controller components but increasingly software, into its already strong machine-making industry clustered in Taichung is seen as an effective way to expand markets while generating employment. The Taiwan machinery industry’s annual output is valued at about NT$1 trillion (around US$33 billion) by the Taiwan Association of Machine Industry, and according to Taiwan’s Topology Research Institute, in 2015 Taiwan was the world’s seventh largest producer and fifth largest exporter of machine tools.

A smart machine is loaded with sensors and other components enabling it to gather large amounts of data – on the operations of the machine, productivity, maintenance, inventory, etc. – and then communicate that data to other machines or a human operator.

The Fourth Industrial Revolution is already underway, with smart machines replacing humans in a wide range of jobs ranging from accounting to manufacturing to transportation. This trend is expected to have huge implications for productivity and employment in the coming decades.

Chuang Chia-yu, president of Crown Machinery Co. in Taoyuan, says that “traditional machinery has no value added. It’s just hardware and just price competitive. Software is the value added that makes a machine globally competitive.” A smart machine can earn a 40-50% premium over a conventional machine, according to industry insiders.

However, most Taiwanese machine makers lack the knowhow to produce smart machines. Dana Burch, director of OEM business for Rockwell Automation, a U.S. leader in automation solutions, concurs with general observations that while Taiwan has “a lot of people on the leading edge who are committed to doing things faster, better, and cheaper,” they are often small companies that jealously guard their knowhow. “They don’t like to talk about what they do, but that inhibits learning and growth in the industry,” he observes.

The Smart Machinery initiative plans to build an innovation center in Taichung in which systems and technology will be installed, and where automation solutions providers such as Rockwell and others will host seminars to teach local manufacturers how to make greater use of automation. “Getting those kinds of people together doesn’t happen easily,” says Burch. “Through these government-sponsored seminars, you’ll have a whole lot of people” exposed to what Industry 4.0 can accomplish. 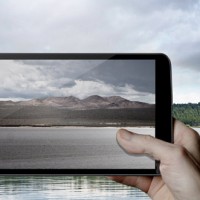 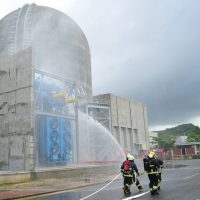 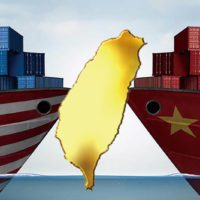 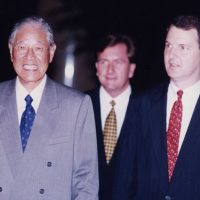