AIR AND SEA — Besides submarines and fighter-trainers, Taiwan’s defense industry development program includes Unmanned Aerial Vehicles such as the one above. Photo Courtesy of Office of the President.

In the face of China’s rapid military build-up and Beijing’s pressure on other countries not to sell weaponry to Taiwan, “what can Taiwan do except develop its own defense industry?” asks National Chengchi University professor Arthur Ding, a defense specialist. “It’s the inevitable outcome of China’s interference.”

The Democratic Progressive Party (DPP) has long made national defense a key plank in the party’s platform, and during her election campaign President Tsai Ing-wen promised to raise defense spending to at least 3% of GDP. Taiwan’s defense budget for 2016 comes in at NT$356 billion (US$11.6 billion), just over 2% of GDP, but Defense Minister Feng Shih-kuan recently announced that the defense budget would rise by 50% to reach 3% of GDP in 2018.

A good chunk of that budget will be earmarked towards developing Taiwan’s own indigenous defense systems. The Defense Industry portion of the 5+2 Innovative Industries program will involve the development of submarine and fighter-trainer aircraft, as well as advanced cyberwarfare capabilities, Unmanned Aerial Vehicles (UAVs), and other projects and systems.

Several of these programs are already underway and will involve both state-owned and private industrial firms and research institutes. For example, the Air Force signed a memorandum with the National Chungshan Institute of Science and Technology (NCSIST) to build 66 fighter-trainer fighter aircraft, budgeted at NT$68.6 billion (US$2.22 billion). The aircraft will be designed in conjunction with the Aerospace Industrial Development Corp. (AIDC). In addition, around NT$3 billion (US$99 million) has been budgeted for the design phase of the submarine program which will involve collaboration between NCSIST and the recently established Submarine Development Center at the CSBC Corp., the state-owned shipbuilding firm that was privatized in 2008.

The administration says that investments in defense industries will not only benefit national defense but will contribute to overall economic development, generating some NT$250 billion to $400 billion (US$7.6 billion to $12.1 billion) in earnings and creating thousands of new jobs.

Taiwan’s previous experience in weapons development includes the Indigenous Defense Fighter (IDF), developed in the 1980s in conjunction with Honeywell and General Dynamics, a fleet of frigates based on the U.S. Navy’s Perry-class, and missile and missile-defense systems that were based largely on U.S. technology but in some cases are said to exceed the performance of the U.S. versions.

But Taiwan stopped building fighter jets after the IDF program ended and instead opted to purchase advanced weapons from the United States. To successfully complete the new mission of building fighter-trainers, Taiwan will largely have to rebuild its engineering team and know-how.

Submarines are even more challenging to design and build. Taiwan has a long history of shipbuilding, but no experience making submersible vessels, and the project will undoubtedly require substantial support by foreign defense contractors.

Because of the high cost and technical difficulties, many question whether it is wise or even feasible for Taiwan to develop its own defense sector. Taiwan will probably have a hard time finding partners and the necessary technology. On the other hand, political obstacles also make new or even second-hand weapons systems difficult to acquire from abroad.

Arthur Ding says that a local defense industry will benefit Taiwan in a number of ways. First, it will generate numerous well-paying high-tech jobs at a time when many recent graduates are frustrated at the lack of good employment opportunities in technology on the island. Developing the defense industry will also enable Taiwan to upgrade its technical capacity in a variety of related sectors, notes Ding. Although Australia struggled to build its Collins-class submarines, the experience allowed it to significantly increase its capabilities on various technological fronts.

Taiwan’s capabilities in software and IT hardware will also likely stand it in good stead when it comes to developing Taiwan’s cyberwarfare capabilities. 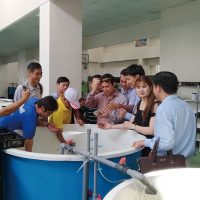 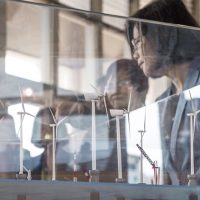 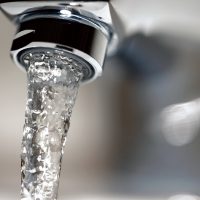