Massive fines have forced the popular ride-hailing app to suspend its Taiwan operations from February 10.

In Taiwan, the end of the road for Uber came swiftly. The ride-hailing app juggernaut, which is the world’s largest startup by valuation, suspended services here in February after being fined more than NT$1 billion (around US$31 million) in just under a month. Fines soared from January 6, when amendments to the Highway Act took effect, increasing the maximum penalty for illegal taxi services to NT$25 million (US$785,000) per incident – the highest in the world.

“As much as want to continue, the current regulatory environment makes it impossible to serve the island the way we know works best,” Uber said in an online statement. “By hitting pause, we hope to reset our conversation with the government and a find a way to allow ridesharing to flourish.”

Uber and the Taiwan authorities had been locked in an escalating battle over the legality of the company’s services and its alleged failure to pay taxes. Uber defines itself as a technology company, and sought a change in regulations to accommodate its business model. The Taiwan government insisted that Uber is a transportation services provider and should abide by existing industry regulations.

Uber ran a successful business in Taiwan. According to data supplied by the company, passengers used its services for more than 15 million trips during Uber’s nearly four years of operation here. It had 100,000 drivers, and its app was downloaded more than 1 million times.

On February 10, hundreds of Uber drivers protested the company’s suspension of service in front of the Ministry of Transportation and Communications (MOTC). The English-language Taipei Times reported that the Taiwan Uber Drivers Alliance planned to deliver a petition to MOTC Minister Hochen Tan calling for dialogue between drivers and the ministry.

Chinese Nationalist Party (KMT) legislator Jason Hsu, who had supported Uber in the Legislative Yuan, says that immense pressure from taxi dispatch companies – which saw Uber as an existential threat to their livelihood – forced the government to act. “Nobody but the taxi dispatch companies benefit from Uber being put out of business,” Hsu says. “Not the drivers, who could have driven for both taxi companies and Uber, and not passengers, who now are forced to take taxis instead of having more choices.”

It is likely that some lawmakers worried that the Uber issue could damage their electoral prospects, Hsu observes, adding that the taxi industry has historically been an influential force in Taiwan politics.

While Uber said it hopes to find a way to restart its services in Taiwan, that scenario looks doubtful. On March 15, the Taiwan authorities froze the company’s local bank deposits – a sum of roughly NT$11.84 million (US$383,600) – and seized its office equipment. The government said it took those steps because Uber refuses to pay an outstanding tax bill of NT$51.24 million (US$1.66 million).

Industry players say Uber’s forced exit from Taiwan will harm the prospects for advancing the island’s digital economy. In a February letter to President Tsai Ing-wen, Michael Beckerman, president and CEO of the U.S.-based Internet Association (a lobbying organization) said: “Taiwan’s hard line against innovative new digital services like those in the peer-to-peer sharing economy will have a chilling effect on your goal of establishing Taiwan as the Silicon Valley of Asia, and will likely have negative effects on U.S. investment in Taiwan more broadly. It also seriously jeopardizes Taiwan’s interest in future efforts that would bring our economies closer together.”

Beckerman urged Tsai to bring together MOTC and Uber “in the immediate term” to develop a regulatory framework that would allow the ride-sharing service to operate legally in Taiwan.

Ryan Engen, an economic officer at the American Institute in Taiwan, the body representing the United States in Taiwan in the absence of formal diplomatic relations, says that the sharing economy – of which Uber is just one company – is a critical component of the digital economy for which Taiwan has broad ambitions for development.

“New technologies are naturally disruptive, and it’s natural existing industry players and authorities will be resistant to them,” he says. “But the sharing economy is good for consumers, it’s good for small businesses, and it’s good for capital,” he says.

Legislator Hsu urges the government to take a more open-minded approach to new business models. “We need to decide how we’re going to approach disruptive technology,” he says. “Do we want to promote the opportunities that come with it, or kill it off?”

“Unfortunately, in Uber’s case, the government chose to kill it off,” he adds. 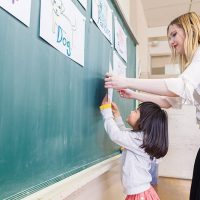 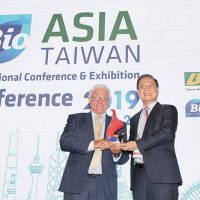 Will Biotech be the Next Trillion NT Dollar Industry? 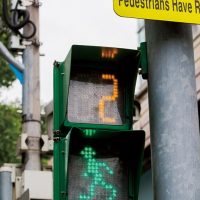