The American Chamber of Commerce in Taipei held its 49th annual Hsieh Nien Fan banquet on March 22 in the Grand Ballroom of the Grand Hyatt Taipei. This year’s attendance was a record high of nearly 700 AmCham Taipei members and guests.

The purpose of the event is to express thanks to Taiwan government officials, the American Institute in Taiwan (AIT), and other friends of the Chamber for their cooperation and support in the previous year.

Attending for the first time since taking office last May, President Tsai Ing-wen delivered the keynote speech, becoming the fourth president of the Republic of China to do so.  She commended AmCham Taipei, noting that “for 66 years this chamber has served as a vital bridge between Taiwan, the United States, and the business communities of our two countries.” Citing AmCham Taipei’s annual Doorknock delegation to Washington D.C., Tsai said that “without these efforts, the Taiwan-U.S. partnership would not be in the robust health it is in today.”

The president said that with a new administration now in office in the United States, “we have entered a new stage of Taiwan-U.S. relations.” She outlined her government’s plans to strengthen that relationship in three areas:

Opening the evening were remarks by AmCham Taipei Chairman, Albert Chang, who expressed thanks on behalf of the Chamber to both the Taiwan government and AIT for helping to promote a positive business environment in Taiwan. He stressed the findings of AmCham Taipei’s recent 2017 Business Climate Survey that an already excellent business environment – especially with regard to quality of life and human capital – could easily be further improved through greater regulatory transparency and consistency.

Besides President Tsai, other high-level Taiwan government dignitaries in attendance this year included:

The event would not have been possible without the contribution of the following sponsors: 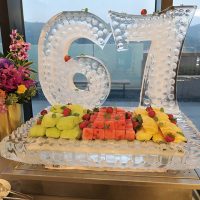 A Party for AmCham’s 67th Birthday 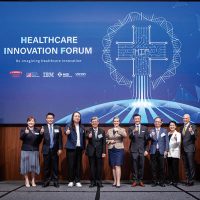