During a recent visit to Taipei, a six-member delegation from the Washington, DC-based Pharmaceutical Research and Manufacturers of America (PhRMA) urged Taiwan’s legislature to give early attention to pending bills to strengthen intellectual property protection for pharmaceuticals. Passage of the proposed amendments to the Pharmaceutical Affairs Act and Patent Act would be taken by the U.S. government and other members of the international community as a dramatic demonstration of Taiwan’s commitment to fair trade, said members of the group. As a result, enactment could help bring Taiwan new opportunities to participate in international trade agreements and attract foreign investment in the life sciences.

The PhRMA delegation made its annual visit to Taiwan March 15-16 as part of a trip that also included Japan and China. Domestic support for the visit was provided by the International Research-based Pharmaceutical Association (IRPMA) and AmCham Taipei. Led by Jennifer Osika and Chris Moore, both deputy vice presidents in PhRMA’s international affairs division, the group met with officials from the National Development Council, Ministry of Health and Welfare, National Health Insurance Administration, and Taiwan Intellectual Property Office, as well as the American Institute in Taiwan.

The mission’s number-one message was the need for early enactment of measures currently before the Legislative Yuan to create a patent linkage system in Taiwan to assure that new drugs coming onto the market are not infringing on existing patents. For many years, the absence of a patent linkage mechanism was a contentious issue in the bilateral Trade and Investment Framework Agreement (TIFA) trade talks between Taiwan and the United States, and the issue was raised by AmCham Taipei’s Pharmaceutical Committee in every edition of the Chamber’s Taiwan White Paper since 2006. A study by IRPMA found that at least 65 drugs had received product-registration approval from the authorities despite their being patent-infringing.

Only in the last several years has concrete progress been made toward resolving the problem. In the view of many analysts, what made the difference was recognition in Taiwan that if it were to have any hope of joining the Trans-Pacific Partnership (TPP) trade pact in a second round, it would need to reform its regulatory structure, with patent linkage standing out as a prime example.

Now appropriate legislation, modeled heavily on the U.S. system, has been drafted by the executive branch and sent to the legislature, but it has not been included in the set of bills identified for priority treatment. Some observers have conjectured that following the Trump administration’s scuttling of the TPP, Taiwan may feel that the pressure is off and it is no longer necessary to act quickly to put patent linkage into practice, especially when many local generic-drug companies have raised concerns that patent linkage will put them at a disadvantage.

The visitors from PhRMA emphasized that the absence of TPP does not mean that Taiwan can afford to sit and wait. They made the case that in fact it is more important than ever for Taiwan to achieve a breakthrough that underscores its determination to be a reliable trading partner willing to accept high-standard trade provisions. The Trump administration may be opposed to multilateral trade deals, but it is open to engaging in bilateral negotiations on a mutually beneficial basis. As the new government in Washington looks around the world for prospective negotiating partners, Taiwan could gain considerable positive attention by bringing patent linkage into law. A bilateral pact with the United States would help Taiwan diversify its trade and investment to avoid overconcentration on China, enabling it to achieve a number of its political and economic goals.

Taiwan officials told the group that the Tsai administration remains committed to implementing patent linkage, and that lack of inclusion on the list of priority legislation should not be taken as reflecting negatively on the measure’s chances for passage.

In the discussions in Taiwan, the PhRMA representatives also made the point that patent linkage should not necessarily be seen as disadvantageous to generics. By making patent information more accessible, patent linkage enables generic makers to plan their business development with greater predictability and avoid costly litigation.

The visitors also expressed strong interest in the government’s “5 Plus 2” innovative-industry development plan, especially the biotech pillar. But they reminded Taiwan that it will be competing against at least 30 other countries in the world that are also seeking to build biotech industries, and that creating a competitive investment environment in this sector requires having a sound regulatory regime, strong intellectual property protection, and a pricing and reimbursement system that encourages innovation. 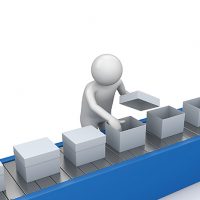