In recent years, Taiwan has emerged as a leading destination for bicycling tourists, and no part of the country is more popular for this activity than the eastern counties of Hualien and Taitung.

Separated from Taiwan’s major cities and more than nine-tenths of the country’s people by the imposing Central Mountain Range, Hualien and Taitung feature scenery that is beautiful, varied, and unspoiled. The human population is an intriguing mix of indigenous Austronesians and the descendants of Han settlers. The former belong to no fewer than eight tribes, while latter tend to identify as Hoklo (whose ancestors came centuries ago from China’s Fujian province), Hakka, or – if their families arrived in Taiwan after World War II – “mainlander.”

Two routes link Hualien City, the main population center in Hualien County, with Taitung County’s administrative capital of Taitung City. Either way, the distance is approximately 170 kilometers, which fit cyclists can cover in two days. One route follows Highway 9 inland between the Central Mountain Range and the Coastal Mountain Range. Much of this region has been designated as the East Rift Valley National Scenic Area. The other and perhaps more popular route is the coast-hugging Highway 11 within the East Coast National Scenic Area.

Earlier this year, British cycling writer Rob Ainsley pedaled from Fugui Cape, Taiwan’s northernmost point, to Kenting National Park in the south via the east coast. Ainsley, who is completing a series of “end-to-end” bike trips around the world, blogged about his adventure at Taiwan End to End 2017 .

Describing Taiwan’s east coast as having “some of the most enjoyable cycle touring in the world,” he wrote: “Riders who love alpine France or Italy will be at home here. It’s also great for adventurous long-haul tourists, with lots of cultural interest, such as aboriginal villages, but without the empty distances you sometimes get in the US.”

A big plus, according to Ainsley, was not having to carry much luggage. “There’s no need to camp, and certainly no need to carry food, as you can eat out so well for very little,” he pointed out.

“What makes it special isn’t just the scenery, but all the extra things that make long-distance touring pleasant. The road surfaces are smooth, cycle lanes are wide, and the coastal roads are generally flat. You’re never far from a shop with drinks and snacks, and people are always delighted to give directions or explain a menu,” says Ainsley. “We stopped several times at friendly police stations or village halls to get drinking water or borrow a pump. These were also nice opportunities to interact with locals. We got some good eating-out tips during our maintenance stops!”

Not everyone, of course, has the time or energy to cover 896 kilometers like Ainsley and his companion did during their 19 days in Taiwan. But much shorter bike outings are easy to arrange, thanks to Taiwan Tour Bus.

Created and overseen by Taiwan’s Tourism Bureau, Taiwan Tour Bus is a network of routes designed to make life easier for visitors by providing not only transportation to scenic and cultural spots, but also guides who speak English, Japanese, and Chinese.

Full details, including where buses can be boarded and how reservations (which are essential) can be made, are available at Taiwan Tour Bus. Individual excursions are operated by tour companies. For each option – of which there are over 100 – the company’s name is listed alongside its email address and phone number, so visitors can ask questions before committing themselves. Many of the operators specialize in a particular region, and can provide longer, more in-depth itineraries on request.

For every tour the price includes insurance and any admission charges, while full-day excursions usually include a delicious lunch that incorporates the best of the local cuisine.

The Sunshine and Greenery Bike Half-Day Tour (priced at NT$988 per person, or NT$1,500 per person if an English-speaking guide is required) gives excursionists a chance to see some of East Taiwan’s nicest scenery from the seat of a bicycle, without the hassle of finding their way around or renting a two-wheeler.

Among the tour’s stops is Liyu Lake, a sublime 104-hectare body of water at the foot of the mountains. The thing to do here is to stroll or ride a bike around the lake, while keeping an eye out for ducks and herons. The tour then moves on to Matai’an Wetland, where visitors can learn how Amis aboriginal people lived in harmony with local ecosystems. Those who sign up for this tour can enjoy a proper work-out at Dafu Danong Forest Recreation Area. This former sugar plantation has been afforested, and is crisscrossed with trails which provide access not only to bike enthusiasts but also pedestrians and the physically challenged. The tour wraps up with a quick look at the sugar factory in Guangfu. Production there ceased over a decade ago, but the complex has been preserved as an industrial-heritage landmark. What used to be on-site accommodations for the factory’s managers and their families has been turned into a stylish guesthouse. These days it seems as if every township in Taiwan has a bike trail, but one of the very first places on the island to realize the potential of this form of tourism was in the East Rift Valley. Guanshan in Taitung County offers a sedate yet delightful outdoors experience via a 12-km cycle path that shows off the area’s best scenery. Much of the trail is shaded by mahogany trees, and along the way tourists are likely to pass fields of millet, rapeseed, jelly figs, and pear and orange trees.

Another nearby township, Luye, has also made life easy for cyclists. The key attractions here are Luye High Plateau, from which the views are superb, and the village of Longtian. During Japan’s 1895-1945 occupation of Taiwan, the colonial authorities sent dozens of families from the overcrowded home islands to develop farms around Longtian, and some of the Japanese-style bungalows they lived in are still standing. A little further north, what used to be a railroad has been turned into the Yufu Bikeway, so named because it links the towns of Yuli and Fuli. Just under 10 kilometers in length and featuring minimal gradients, it offers tourists both superb panoramas and a lesson in plate tectonics. The bikeway crosses the boundary between the Philippine Sea Plate and the Eurasian Plate, whose ongoing slow-motion collision gives the region its dramatic topography.

Bike-rental shops are becoming more common in east Taiwan, but often there is no need to hire a set of wheels. Many hotels and B&Bs make bicycles available to their guests free of charge, and advertise this amenity on their websites.

For additional information about visiting Taiwan, please contact the tourism hotline at 0800- 011-765 (toll free when calling within Taiwan), or visit the Tourism Bureau’s website. 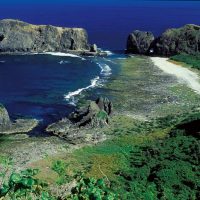 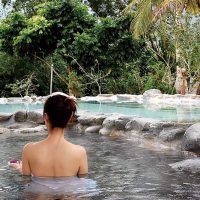 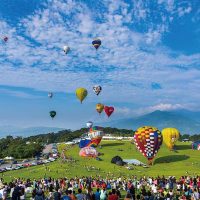