Uber is Over in Taiwan, at Least for Now

Uber announced that it was suspending operations in Taiwan effective February 10 in an effort to “reset” discussions with the government over the U.S.-based ride-hailing company’s operational status. The Taiwan government insists that Uber register as a transportation company and follow relevant regulations, but Uber regards itself as an information technology company and refuses to comply. In an effort to force Uber’s hand, the Ministry of Transportation and Communications raised the maximum fine for the operation of illegal passenger transportation services to NT$25 million on January 6, and Uber has accumulated an estimated NT$1.1 billion (US$35.38 million) in fines. Uber says that since the company entered Taiwan four years ago, over one million people have downloaded its ride-sharing app, which has attracted 16,000 drivers to cooperate with the company.

FPG’s Sales Rise with the Economy

Taiwan’s largest industrial conglomerate, the Formosa Plastics Group (FPG), reported on February10 that sales in January of its four main units rose a combined 26.9% in annualized comparisons to amount to NT$129.43 billion (US$4.17 billion). Formosa Petrochemical Corp., Taiwan’s only listed oil refiner, was the big winner, posting sales gains of 44%, reaching NT$60.55 billion on the strength of rising oil prices and an improving global economy. Formosa Chemicals and Fibre reported sales of NT$30 billion, a 22% hike year-on-year, while FPG subsidiary and Taiwan’s largest plastics maker Nan Ya Plastics Corp. saw sales rise by 13.5% to NT$23.98 billion. Meanwhile sales from the flagship Formosa Plastics Corp. came to NT$14.81 billion in January for a 4.6%.

The deal, said to be valued at NT$74.5 billion (US$2.39 billion), which would have been the largest cable-network acquisition in decades, was originally approved by the National Communications Commission in January 2016. But the Investment Commission reportedly flagged it on suspicion that it may have violated regulations barring government, political parties, and the military from investing in media outlets. Taiwan government investment funds own unspecified amounts of FET shares. FET was to have spent NT$17.12 billion to subscribe for corporate bonds to have been issued by an MSPE Asia subsidiary.

The failure to consummate the deal was the third time that efforts by regional private equity firm MPK Partners to sell its majority share in CNS fell through. 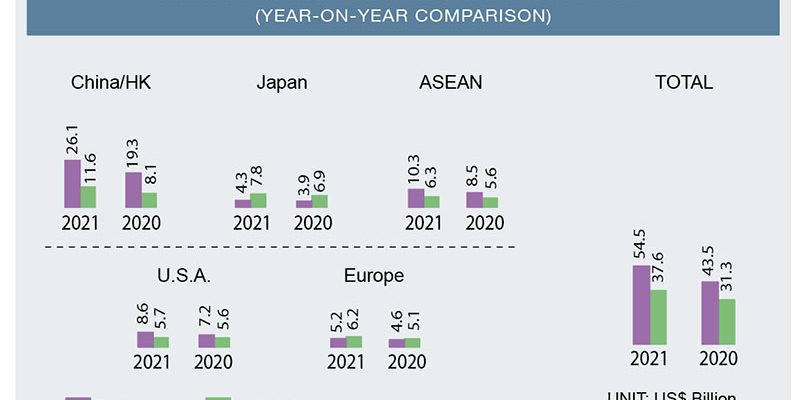 Business & Economic Optimism Abound February was a down month for manufacturers in Taiwan this year, according to the results of a monthly business outlook...