In just 24 years, between 1993 and the end of 2017, Taiwan will have gone from an “aging population” with some 7% of the population 65 years old or older to an “aged society” with 14% of its population elderly. This same demographic shift took 125 years in France, over 40 years in the United States, and even 25 years in the world’s grayest society, Japan. Further, by 2025, one in five Taiwanese will be 65 years old or older, putting Taiwan in the ranks of the super-aged societies.

“Because we are aging too fast, the systems for geriatric care are still not very good at managing chronic conditions and providing care, and we have limited ability to manage complex conditions,” says Chen Liang-kung, a physician and director of the Center for Geriatrics and Gerontology at Taipei Veterans General Hospital. “We have a huge challenge in terms of healthcare.”

The facts are stark. Taiwan has done an exemplary job improving general metrics of public health, and life expectancy now averages 80 years – 77 years for men, 83 years for women. Yet even as overall lifespans have lengthened, the number of unhealthy years has also extended. According to the Health Adjusted Life Expectancy (HALE) metric, which adjusts overall life expectancy according to the number of years lived with poor health, Taiwanese on average experience eight years of unhealthy life. P

The prevalence of chronic health conditions in the elderly is consistent with other developed countries, but in Taiwan those patients see doctors more frequently than in other countries, at high cost to the system. Chen notes that Taiwanese over 65 years old typically visit physicians about 30 times a year, compared to only eight in the United States. “This is very high and provides very fragmented care,” he says.

According to the National Health Insurance Administration, by 2011 the elderly already accounted for 34% of total health care costs, and this number will increase as the elderly population booms. National Health Insurance (NHI) revenues earned from premiums, investment income, contributions from public welfare lottery surpluses, tobacco surcharges, and other sources totaled NT$641 billion in 2015 against expenditures of NT$538.1 billion, resulting in a surplus of NT$102.9 billion. Since the “Second Generation” NHI was implemented in 2013, NHI has accumulated a reserve of NT$229.8 billion, but experts are already warning that healthcare costs are likely to surge in coming years and that this surplus will likely turn into a deficit after 2020.

If the NHI doesn’t adapt to the changing demographics, by 2025 annual budgets will need to rise to NT$1 trillion, with 60% going to towards care for the elderly. “Taiwan cannot afford this, so we need to change the healthcare system, not just the financial system,” says Chen. “A lot needs to be done.”

He stresses the needs for more integrated, holistic care for Taiwan’s seniors in order to reduce costs as well as improve treatments. As a first step, he says, more general practitioners should be added to Taiwan healthcare system, which remains inordinately supplied with specialists. The elderly typically suffer from more than one chronic illness. Their needs are complex and often require input from multiple different specialists who often prescribe contradictory treatment regimens that can lead to complications for patients.

“Each physician might have very specific treatment goals,” explains Chen. “One says you must get more exercise; another says no. This leads to very fragmented care and makes it very difficult for people to lead their lives. Generalist doctors will help make a better overall diagnosis.”

Additionally, the elderly have distinct health parameters that physicians in Taiwan will increasingly need to be aware of in order to provide better care and reduce morbidity and its consequent costs. International guidelines for some basic health parameters have been adjusted specifically for the elderly. For example, in 2013 the Journal of the American Medical Association (JAMA), the gold standard for medical guidelines, raised blood-pressure targets for those over 60 years old. Although blood pressure over 140/90 is typically considered high and in need of medical intervention, JAMA raised the threshold to 150/90 for those over 60.

This decision was based on research indicating that employing powerful antihypertension medications, often in concert with medications for treating other health conditions, raised the risk of low blood pressure, dizziness, and accidental falls that can result in serious injury such as hip fractures. JAMA’s decision was not without controversy, and the American Heart Association notably disagrees, but all experts writing on the issue emphasize the importance of physicians knowing their individual patients well and tailoring their treatment regimens to the patients’ specific conditions.

Blood sugar controls have also been modified for the elderly as overly tight control has been found to lead to more episodes of low blood sugar and likewise higher risk of dizziness and falls, along with poorer nutrition levels.

Better understanding of each patient by a general practitioner, as well as better overall awareness of the needs of the elderly, leads to fewer doctors’ visits, lower frequency of hospitalization, and better overall health outcomes.

With its focus on Taiwan’s aging population of military veterans, the Taipei Veterans General Hospital about 12 years ago began a series of research and pilot projects aimed at pioneering geriatric-care management solutions. Often based on best practices from advanced medical systems in Japan, the United States, and the United Kingdom, these pilot projects have since matured into standard practices being used across the NHI system. For example, the hospital developed integrated outpatient services that have reduced the number of physician visits by the elderly by about 30%, and reduced healthcare expenditure by an equal percentage.

Further, many elderly patients that are admitted to the hospital with an acute condition, commonly pneumonia, also suffer from other functional issues. Typically, hospitals will treat the pneumonia but lack the resources to also deal with the other problems, which could be related to mobility or dementia. As treatment for pneumonia usually requires these patients to be bedridden for several weeks, their muscles can atrophy, making daily activities more difficult. Providing physical therapy to those in the acute-care ward is very difficult for most hospitals, leading to Hospitalization Associated Disability. Research in the United States indicates that one-third of hospitalized elderly patients will be released having lost at least one functional capability such as eating or toileting.

In response, Taipei Veterans General Hospital created an inpatient “Geriatric Evaluation Management Unit” that provides frequent rehabilitation along with medical treatment. The result, according to Chen, is that “when elderly patients are discharged their activity of daily living is even better than before the hospital stay, which is very unique.”

While many of these methods have been adopted under the general NHI system, Chen argues that more needs to be done to reform NHI to promote outcome-based rather than fee-for-service models of service provision as a way to improve care while controlling expenditures. 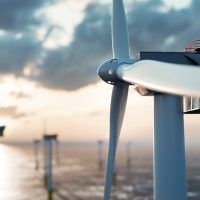